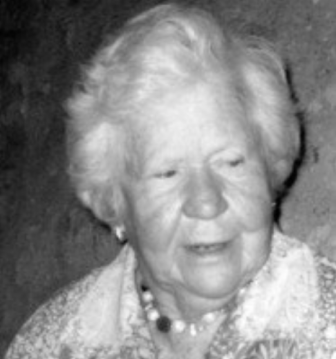 Charlotte was born June 11, 1920 in Pittsburgh, PA to Ralph and Kit Rush. Notably in her childhood she and her sister spent a year as students in a French convent while their father convalesced in England with their mother. In 1938 Charlotte drove west to Stanford University in her father’s new Packard convertible car with a friend, unchaperoned. She graduated from Stanford in 1942 and then Cornell University Medical School in 1945 where she was one of only two women in her class. While at Cornell, Charlotte met and married David Brown MD, her loving husband of 74 years. Shortly after finishing residencies they moved to New Canaan where they lived for the next 64 years until their move to Providence.

While raising four children Charlotte ran a lively pediatric practice from an office in her home, served as Director of Health for New Canaan and Wilton, and taught Pediatrics at Bellevue Hospital on the faculty of New York University Medical College. She and David, frequently with their children, volunteered their medical services in Haiti, and numerous countries in Africa, and the Mideast. Charlotte was a contributing and often founding member of many community organizations. Her influence is still recognized throughout Fairfield County in substance abuse prevention, housing for the elderly, fluoridation, HIV/AIDS, school health, and much more. She was an active member of the First Presbyterian Church of New Canaan and served on Mission Boards for the National Presbyterian Church.

Charlotte saw the best in everyone and opened her heart to people wherever she was. She never hesitated to speak up for the powerless and less fortunate and she held fiercely to a vision for a more peaceful and just world. Charlotte was always game for the next adventure. She loved to speak French, travel the world, figure skate, kayak, bicycle, sail, sculpt, host wonderful parties, and tell stories. Remembered for her boldness, generosity, compassion, quick wit, candor, fun, and boundless energy Charlotte will be deeply missed by her friends and family.

Charlotte is survived by her daughters Katherine Brown of Providence, RI and Anne Brown of Danielson, CT, her son Rush Brown and daughter-in-law Allison Brown of Portland, ME, and grandchildren Sydney, Sarah and Tim and great-grandchildren Ben and Maya of Glasgow Scotland.

[Note: This obituary appeared on legacy.com.]