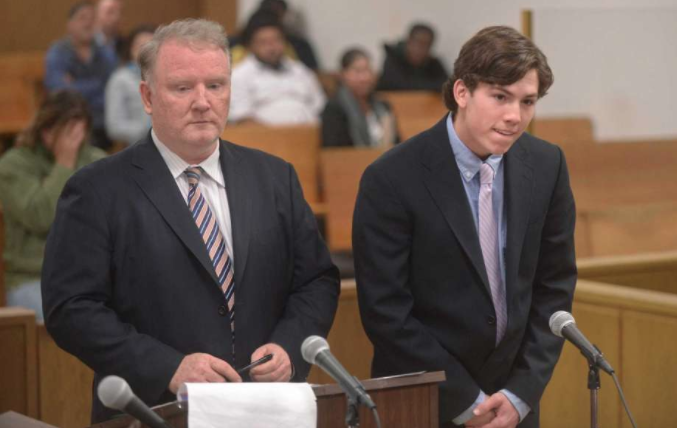 One of the Darien High School seniors arrested following the widely discussed assault of a New Canaan juvenile one night last month is seeking a form of probation to address criminal charges leveled against him. 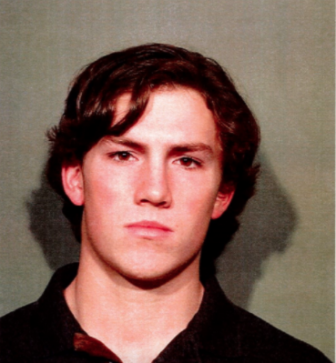 An attorney for 18-year-old Brian Minicus said during an appearance at state Superior Court on Wednesday that that his client is applying for accelerated rehabilitation or ‘AR.’

Wearing a light blue shirt, pink-striped tie, tan slacks and blazer, Minicus was sworn in by Judge Alex Hernandez and offered short responses as to standard questions about his own criminal history — he has no prior convictions — and his understanding of the AR program.

Minicus is scheduled to appear next on Jan. 17.

“We are hopeful that through this process and discussions with the attorney for the victim that we may resolve this case in a forthright and expeditious manner,” said Minicus’ lawyer, Stamford-based Stephan Seeger, in an interview after the arraignment.

Seeger told a Hearst newspapers reporter that the charges against Minicus came from misunderstandings, including inaccurate and untruthful statements. He pointed out that the affidavit in the arrest warrant application shows inconsistent accounts that conflict with each other.

There were “fighting words” sent to Minicus by the victim before the physical confrontation, and pictures of weapons were sent that were meant to intimidate Minicus, Seeger said.

Seeger said that when he looked further into the matter, he found people with statements after the incident that he has asked police to consider, and he expects police will further investigate the matter.

The lawyer for the “complaining witness,” or victim, Matthew Maddox of New Canaan, was present during the court hearing.

During an interview with NewCanaanite.com, Maddox appeared to criticize Seeger indirectly, without mentioning him, saying that “as a general practice, lawyers should not comment” on pending criminal matters and that it’s a “mistake to engage” in innuendo.

An AR application generally would see an arrested person meet terms such as counseling, community service and avoidance of further criminal charges over a specified period of time in order to have charges dropped.

Asked whether he intended to object to Minicus’s application for AR, Maddox said he did not know.

“My job is to ensure that my clients victims’ rights are protected,” Maddox said.

According to police arrest warrant applications, Minicus and other Darien High School students traveled to a New Canaan residence on the night of Nov. 6 following an escalating dispute through texts and Snapchat.

There, while a 17-year-old Darien High School male held down a male juvenile victim from New Canaan, Minicus put the victim in a headlock and punched him 12 times in the face, police said in the court documents.

When the victim showed up at New Canaan Police Headquarters the next day, according to police, he had scrapes on the right side of his head, bruises under his right eye and redness to his nose. His left knee was also swollen, police said. Police said nothing about the victim going to any hospital, or that he needed to.

Minicus and two others charged following the incident, including Darien High School senior Jack Joyce, 18, turned themselves in to New Canaan Police on Nov. 22, the day before the annual Turkey Bowl. 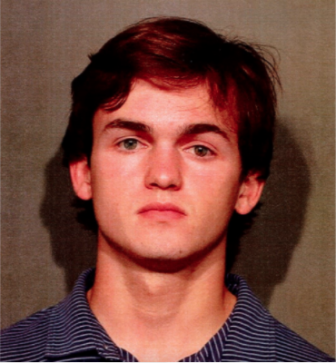 Both Minicus, a receiver, and Joyce, a quarterback, had starred during the football season for the Blue Wave squad. Neither played in the annual Thanksgiving morning rival match between New Canaan and Darien. The Rams won 27-0.

Minicus hasn’t played since his arrest; Joyce has, as Darien advances through the state championship tournament.

In an unrelated case, Minicus was charged by state police with creating a public disburbance (an infraction) in New Britain on July 6. Seeger is also representing him in that case. He pleaded not guilty and his next court date in that case is in January in state Superior Court in New Britain.

Joyce is scheduled to appear Dec. 14 in the same court. Also on that court date, he’s scheduled to appear in a second, unrelated case brought by New Canaan police against him. In that case he was charged on June with illegal possession of alcohol by a minor on a public road, an infraction. He pleaded not guilty.