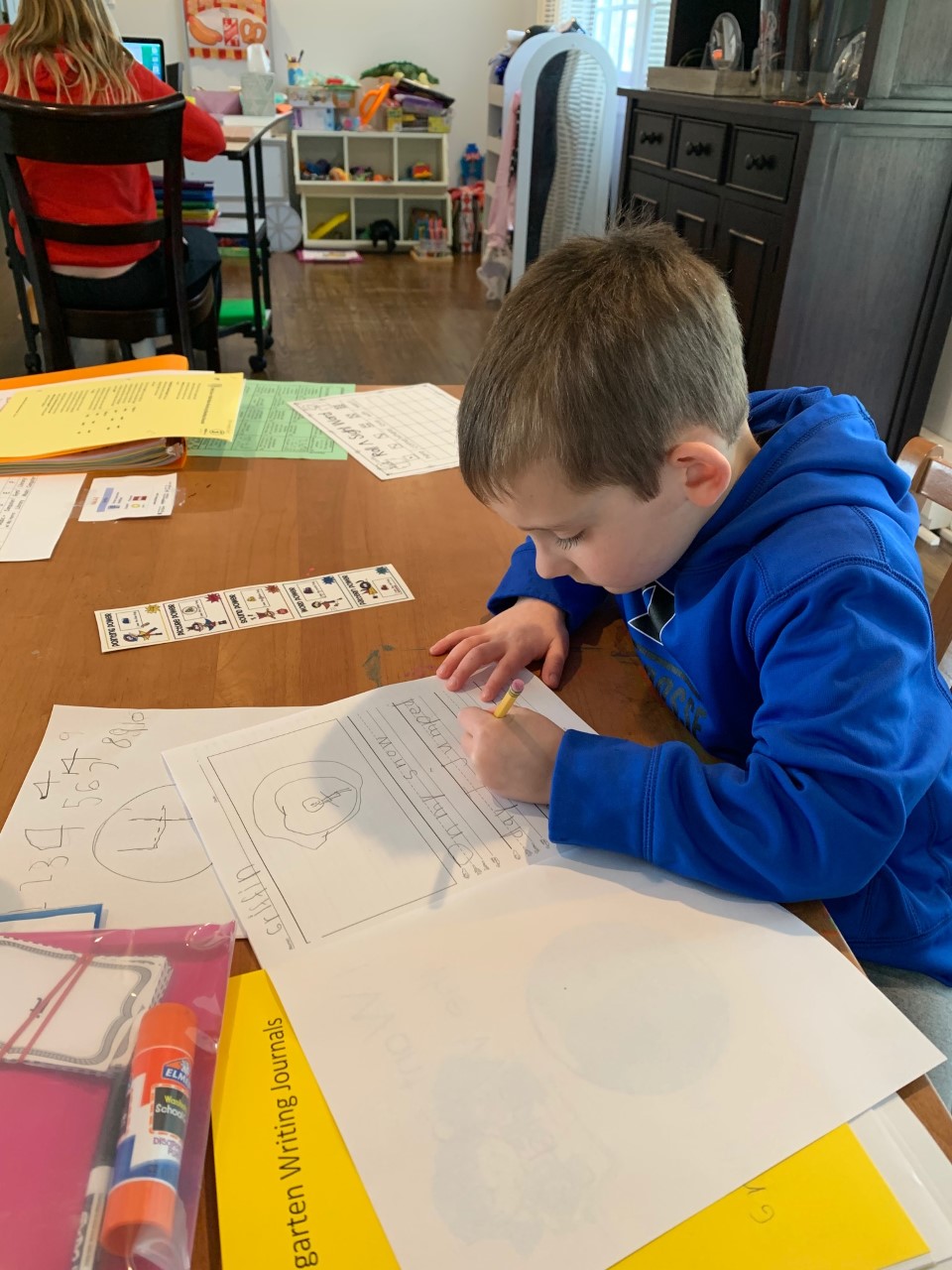 Homeschooling in New Canaan during the COVID-19 emergency. Photo courtesy of Jessica Knowles

New Canaan resident Jessica Knowles, an HR consultant and mom of three—a kindergartener and third-grader at South School and fifth-grader at Saxe Middle School—has struggled since late last week to stay on top of work. 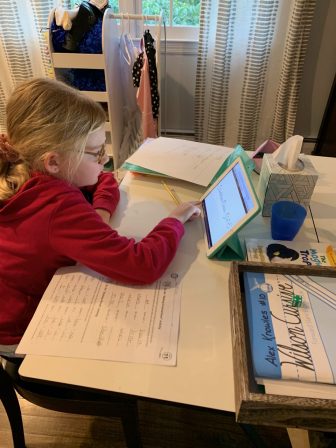 Homeschooling in New Canaan during the COVID-19 emergency. Photo courtesy of Jessica Knowles

With the kids home as part of the New Canaan Public Schools’ newly launched remote learning program, Knowles’s ability to get back to people, schedule meetings and otherwise do her part-time job has been pushed into the evenings and become “sporadic,” she said.

“I work from home and I am not really working, other than really trying to help my kids navigate this,” she said.

Knowles is among the hundreds of New Canaan parents who have taken on a new role as “home schoolteacher” under the district’s e-learning program, launched Friday as an educational stopgap amid the COVID-19 emergency. Public school buildings are closed until at least March 30, officials have said.

Conducted through email and web platforms and consisting largely of assignments that generate feedback from teachers, the e-learning program is drawing wide praise from the parent community as a testament to the district’s commitment to education. For those with younger kids especially, it’s also renewing many parents’ appreciation for New Canaan’s prized teachers, requiring significant time, energy and patience for moms and dads overseeing a program that is itself still a work-in-progress. 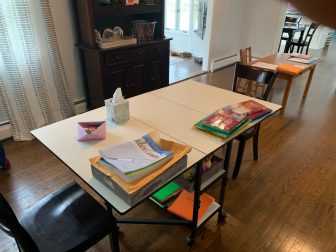 “I am just floored, the time and effort that has been taken to put this together,” Knowles said. “I really do think it’s awesome. It is just hard on parents. It really is. It is requiring a lot of intervention, I would say.”

District officials began preparing New Canaan families for the e-learning program several days before the school buildings themselves were closed, seeking to ensure that students would have sufficient hardware at home to log into cloud-based platforms. Parents received multiple emails ahead of time, and then additional emails from individual teachers and other district officials as Day One got underway. Administrators took to Twitter to mark the major change when the program launched Friday, sharing photos of home learning and otherwise cheerleading the effort.

It’s not immediately clear how the district is assessing the success of the learn-from-home program, what students are saying in submitted “End of Day reflections,” sustainable the e-learning is beyond two these weeks, whether officials expect the schools to remain closed beyond March 30 or whether the district is planning to bring in software that allows for more real-time back-and-forth communication between educators and students, such as through video.

Superintendent of Schools Dr. Bryan Luizzi could not be reached for comment. 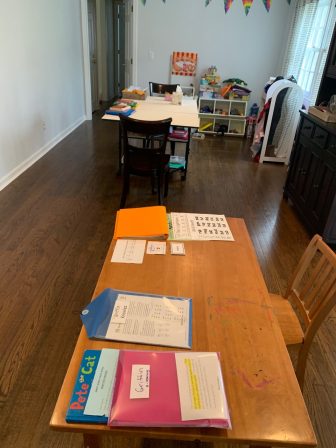 In New Canaan, the e-learning program is taking hold as the community undergoes major change. Emergency management officials and police are urging residents to follow directives to practice “social distancing,” while many local businesses and organizations have closed until further notice. New Canaan Library on Tuesday instructed patrons to keep all library materials at home and wait until the building is reopened to drop them off (the book drop is locked and secured). Town officials said in a press release Tuesday that the New Canaan Department of Human Services is putting together a list of volunteers that may be called on “to help execute an efficient and effective community response” should that be needed (contact 203-594-3076 or enza.albano@newcanaanct.gov if interested). The New Canaan Board of Realtors is suspending all broker and public open houses.

There were 68 confirmed cases of the virus in Connecticut, including 48 in Fairfield County, as of 4:30 p.m. Tuesday, state officials say, the overall number up from 41 the prior day.

For parents who have carved out new schoolwork spaces at home for their kids to e-learn, observing the social restrictions has added a layer of complexity. Knowles said she, her husband and kids are not visiting her parents in Stamford because they’re in their late-60s and early-70s.

The same goes for town resident Sara Bakker, who teaches public speaking in Manhattan and is hunkered down at home now with her husband and two kids, a third-grader and fifth-grader at South School. Bakker said it’s been difficult and even “a little heartbreaking” to try and explain to her younger child “that she cannot high-five, hug, wrestle, play ball with her friends because we don’t want them touching the same things.”

“Trying to be that careful is hard, but we have taken walks in parks,” she said, adding, “I am entirely supportive of everything [Emergency Management Director] Mike Handler has done and said. And we should all feel grateful that we have leadership like that.”

The e-learning program has been demanding in some ways, Bakker said. One of her children is on an “Individualized Educational Program” and a single math assignment took two hours to complete Friday because extra time was required.

“I am not a trained teacher, so it’s entirely possible her teacher has much quicker methods of teaching, but for me with a child with learning issues, it’s really time-consuming and took lot of patience,” Bakker said.

“Hopefully this makes people really grateful for the great teachers we have and for the community we are in where teachers took the time to set up an e-learning system that most do not have,” she said.

Bakker noted that she’s also grateful for the the ability to work from home during this time and not worry about food and security, as so many others must.

“We are figuring it out,” Bakker said of the e-learning program, which will last “for the next two weeks and, I imagine, it may go longer than that.”

“We will see how it goes,” she said. “But for now I’m in it for the long haul to be a homeschool teacher, and I imagine I will learn as much as she does.”

[Editor’s Note: During the town emergency due to COVID-19, NewCanaanite.com is publishing a daily Q&A with a local business navigating major changes in the community.]