Immediate, shareable and in the voice of our town—New Canaanite, launched Jan. 31, 2014, covers New Canaan with a uniquely local sensibility and digitally focused approach that cannot be found elsewhere.

By that we mean two things: 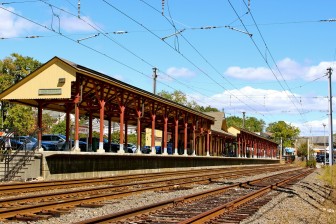 1. We’re local news reporters—not only attending and reporting on school board, selectmen and Town Council meetings, public hearings on land use, covering our sports teams and local businesses and responding to breaking news—but also reporting first on quality-of-life matters that truly matter to New Canaanites and profiling local residents. The truth is that reporters here often find themselves in the same places, covering the exact same things. What distinguishes New Canaanite is how we cover the traditional news beats. Through years of work in exclusively online-only news production, we’ve learned this: Articles written for print must be presented differently for effective delivery to a computer, tablet or iPhone. We believe that news is moving online, and we’re experts in this field. So we don’t just write a story about a group of neighbors seeking stop sign enforcement because they’re concerned about their kids’ safety—we hustle to the intersection to shoot, edit and post a video documenting the problem. We don’t just report that another coyote has been spotted in a family’s backyard—we create and update an interactive map plotting those sightings. We don’t just snap a picture and describe what’s planned at a commercial building site downtown—we get the building plans and embed them in a slideshow for readers to peruse. We created a searchable database listing the history of each street name in New Canaan. And we don’t just report that the superintendent of schools is asking for $84 million to operate the district—we embed data-rich tables fleshing out the request. 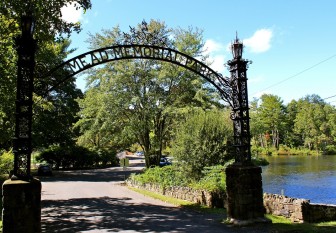 2. Because it’s the way New Canaan has been covered for decades, many legacy media outlets and even online publications start with baseline reporting checkpoints that are quick and efficient—arrest reports, weather updates, property transfers, obituaries—and move out from there to nonlocal articles. At NewCanaanite.com, we start with the cornerstones of traditional hard news—and then move in closer to the town. Our news outlet is local to the degree that if you don’t live or work in town or have another strong tie to New Canaan, there’s really nothing for you here. What does a Darienite care about the history of New Canaan’s 966 telephone exchange, five things a group of eighth-graders in front of Mackenzies are obsessed with today, the sleeping habits of Beaufort the Newfie, or what one New Canaan business owner loves about a neighbor’s shop? 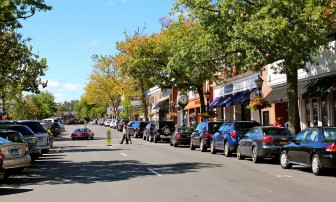 Local businesspeople take pride in knowing New Canaan—its people, character, tastes and heritage. Meet our team. On the news reporting front, we’re not only experienced digital reporters—we’re connected to local people and plugged in to community issues. Within days of launching, we broke the biggest local real estate story in memory, then did it again about two months later. Seven weeks after launch, we wrote a three-part series on heroin and New Canaan. No other outlet reported on the problem of an emerging mobile app used by some students to cyberbully, nor on the causes of a horrific car accident in town involving one local woman, where thankfully nobody was killed.

We write in a local language and sensibility. We believe that local news reporting is a responsibility and privilege, and it’s central to our mission to serve New Canaan with credibility, integrity and accountability.

So, for example, we report local arrests because we believe police activity is a matter of public safety. Yet we see no reason in normal circumstances for a news outlet attuned to New Canaan to report the names of those arrested on misdemeanor charges—not at the risk of exposing them in this digital age to years of hardship and embarrassment, even after charges have been dropped. 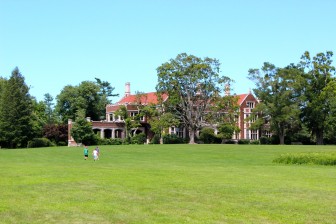 We know that whether they’re new here or fourth generation, New Canaan residents live with a calendar that advances less with months than with community events: Feb Break to May Fair to Memorial Day Parade to Waveny fireworks to Turkey Bowl to caroling at God’s Acre.

For some, the opening of the Farmer’s Market recalls the annual students-faculty kickball game at Center School. The P&Z Commission’s nod to a new business on Main Street reanimates a high-turnover commercial space we’ve yearned to see stabilized. We hold our breath in the stands during a big moment in the game on Mellick Field, and grab something to eat afterwards at the Mead Park Lodge as a family, just as New Canaanites did at the Kwik Stop 20 years ago. 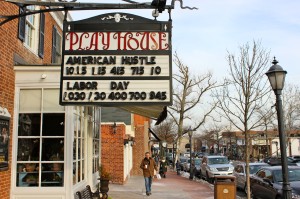 For us, the font of New Canaan is etched into the sign that still hangs from our movie theater, New Canaan Playhouse, a local landmark that dedicated volunteers and the municipality itself have helped to preserve. That’s why we chose the photo you see in black-and-white behind this page as the background of New Canaanite.

Since launching, New Canaanite has served as a sponsoring business and media sponsor for scores of local community events and causes, including partnerships with AmeriCares, Carriage Barn Arts Center, New Canaan Preservation Alliance, New Canaan Historical Society and New Canaan Dog Days. We are sponsors of a little league team through New Canaan Baseball and also sponsor a summer concert at Waveny through the Recreation Department’s terrific series. Through a special partnership with our wonderful New Canaan Library, news from NewCanaanite.com can be seen on the library’s homepage.

NewCanaanite.com is a member publication of the Society of Professional Journalists and New Canaan Chamber of Commerce. The news site is listed on Michele’s List. For work published in the first calendar year NewCanaanite.com was live, we earned eight ‘Excellence in Journalism’ awards from the Connecticut Chapter of the Society of Professional Journalists, then 18 the next, including eight first-place awards.