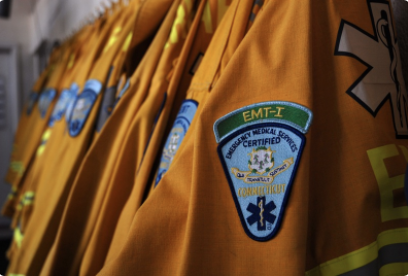 Darien Library will host a screening of the new documentary High School 9-1-1 followed by a Q&A with the filmmakers at 4 and 6:30 p.m., this Tuesday, Dec. 20.

High School 9-1-1 chronicles a year in the life of the only ambulance service in Darien, Connecticut that just happens to be run by high school teenagers?! This one-of-a-kind organization services 20,000 residents 365 days a year, 24/7 and responds to over 1,500 emergency calls annually.

— an announcement from Darien Library

The foundation of Darien EMS–Post 53 is the empowerment of young people through adult and peer mentorship. “Posties” are taught a multitude of managerial, critical thinking and emergency medical skills and then given the responsibility to implement what they have learned by actually running their own EMS organization.

Tim Warren was a member of Darien EMS–Post 53 from 1982 to 1985 and served as the organization’s VP of Operations his senior year of high school. Today, Tim runs his own production company that produces narrative films, documentaries and reality programming. 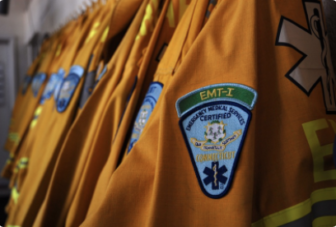 He’s spent the last two decades as an Executive Producer/Show Runner on shows like Extreme Makeover: Home Edition and Bar Rescue. He’s also a multi-camera director having twice been nominated by The Director’s Guild of America for his work on SPIKE’s Ink Master and Pros vs. Joes.

While he didn’t go into the medical field, the life skills Tim learned in Post 53 — making quick decisions under extreme stress, working with others and just plain not giving up — have been invaluable to him. He hopes you enjoy the film and to quote Post 53’s Founder, Bud Doble, “Assume Nothing.”

Kelli Joan Bennett first learned about Darien EMS–Post 53 when Tim pitched her the concept for High School 9-1-1. Her reaction was disbelief and horror. “Teenagers? Run the town’s EMS? They’re the EMTs? They drive the ambulance? Don’t ever let me get hurt in Darien, Connecticut!”

Kelli was founding partner of Scriptapalooza, Inc., a company that has launched countless writers’ careers and has been featured in Entrepreneur Business Start-Ups, Vanity Fair, Entertainment Weekly, and Variety.

Under her new banner, Think Outside The Box Inside The Box Media, she produced and starred in Collusions, a cerebral crime mystery movie with Tom Everett Scott.

Up next, Kelli is the writer/director/star of Death Over 3 Bottles of Wine. If she ever gets hurt in Darien, Kelli would be lucky to have the teens of Post 53 come to her rescue.

More than one year after concerns about the condition of New Canaan’s animal shelter were raised publicly, and weighing in multiple times, First Selectman Kevin Moynihan said last week that the facility falls within the jurisdiction of an appointed town body, not him. People should voice their concerns about the shelter—a non-insulated former incinerator building, located at the town dump—to the Police Commission, Moynihan said during a Dec. 15 meeting of the Board of Selectmen. “There has been lot of chatter about animal shelter,” Moynihan said during the meeting, held via videoconference. “People don’t realize that the Police Commission doesn’t report to me and the animal control officer reports to the police chief, and I think if there’s issues that we want to raise here, people should raise them with the Police Commission,” he said.

Three bobcats were spotted this week on Marvin Ridge Road—the sixteenth sighting of the species this year, according the to New Canaan Police Department’s Animal Control section. The trio likely is composed of a mother bobcat and her two kittens, Officer Allyson Halm said. “There is a lot of good habitat,” Halm said, referring to the Hoyt Swamp, which runs between Marvin Ridge Road and Route 123 just north of the Merritt Parkway. “They tend to hide away, though sightings seem to be more common now.”
She added, “It seems like they are just getting more comfortable around us.”

Asked what residents should know about bobcats, Halm said, “They certainly don’t have predatory instincts like coyotes do for other canines or felines. They are strictly rodent eaters, bird eaters.

Saying the owner of 12 dogs seized by police last month has been neglectful in caring for the animals, a state Superior Court judge on Monday awarded temporary custody to the town. In petitioning the court for ownership, the town through remote hearings demonstrated “multiple aspects of neglect and disregard for the welfare of the animals” by 48-year-old Catherine Palmer, Judge Kenneth B. Povodator wrote in his decision.

“To varying degrees, the animals were deprived of adequate veterinary care, assurance of adequate and proper food, and cleanliness of environment and their bodies, with no basis to suggest that these were isolated instances,” Povodator wrote in his conclusion. “The plaintiff has established neglect.”

A final hearing on the custody of the 10 small-breed puppies and two adult dogs is scheduled for Dec. 18. Palmer, in a related though separate criminal case, has been charged with three counts of animal cruelty connected to the deaths in September of three puppies at 151 Butler Lane.

Authorities in removing 12 neglected dogs from a New Canaan home on a Tuesday morning last month found feces matted to some of the animals’ bodies, police records show. Some of the 10 puppies that local and state officials found in Catherine Palmer’s Butler Lane home on Nov. 17 appeared to be just a few day 2000 s old, and the type of dry kibble made for newborns wasn’t available to them, according to New Canaan Police Department incident reports.

There on a search-and-seizure warrant after a months-long investigation found that three puppies at the house had died, police found feces on the floor in the area of the kitchen where the animals were corralled, according to photographs submitted as part of a petition to transfer custody of the dogs to the town. Through a tenant in the home, Mark Harris, NCPD Animal Control Officer Allyson Halm spoke on the phone with Palmer while in the house. “I advised Palmer why we were in the house and that an arrest warrant had been issued for her relating to the deaths of three puppies,” Halm said in her incident report.

“I further advised she should respond to the residence if she wanted to discuss the matter further.

Police: Another Puppy Died after Palmer Made Thanksgiving Weekend Drop-Offs to Buyers

Police say that prior to turning herself in Sunday on an active arrest warrant following the deaths of three puppies at her New Canaan home, Catherine Palmer traveled throughout the region with a vehicle full of puppies, making deliveries to people who’d purchased them. One of those puppies died last weekend, according to police. Palmer, 48, is accused of operating an illegal pet store, neglecting dogs and denying them access to medical care. Following a months-long investigation, police on Nov. 12 obtained a state Superior Court judge’s signature on a warrant charging her with three counts of felony cruelty to animals.