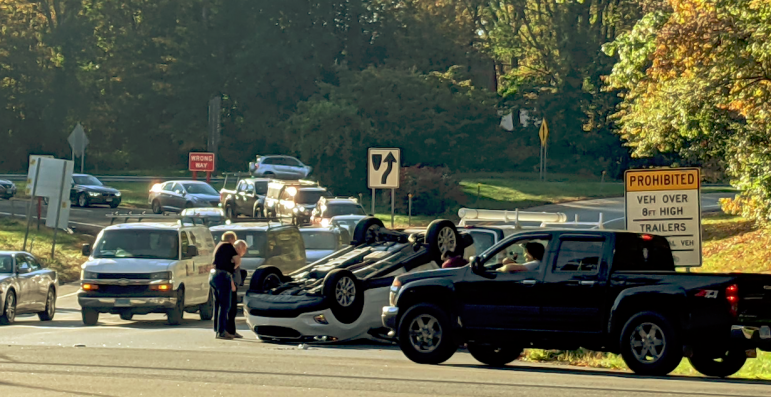 A vehicle traveling southbound on Route 123 from New Canaan toward Norwalk ran a red light at Carter Street, leading to a crash that ended with the car flipping over, officials say.