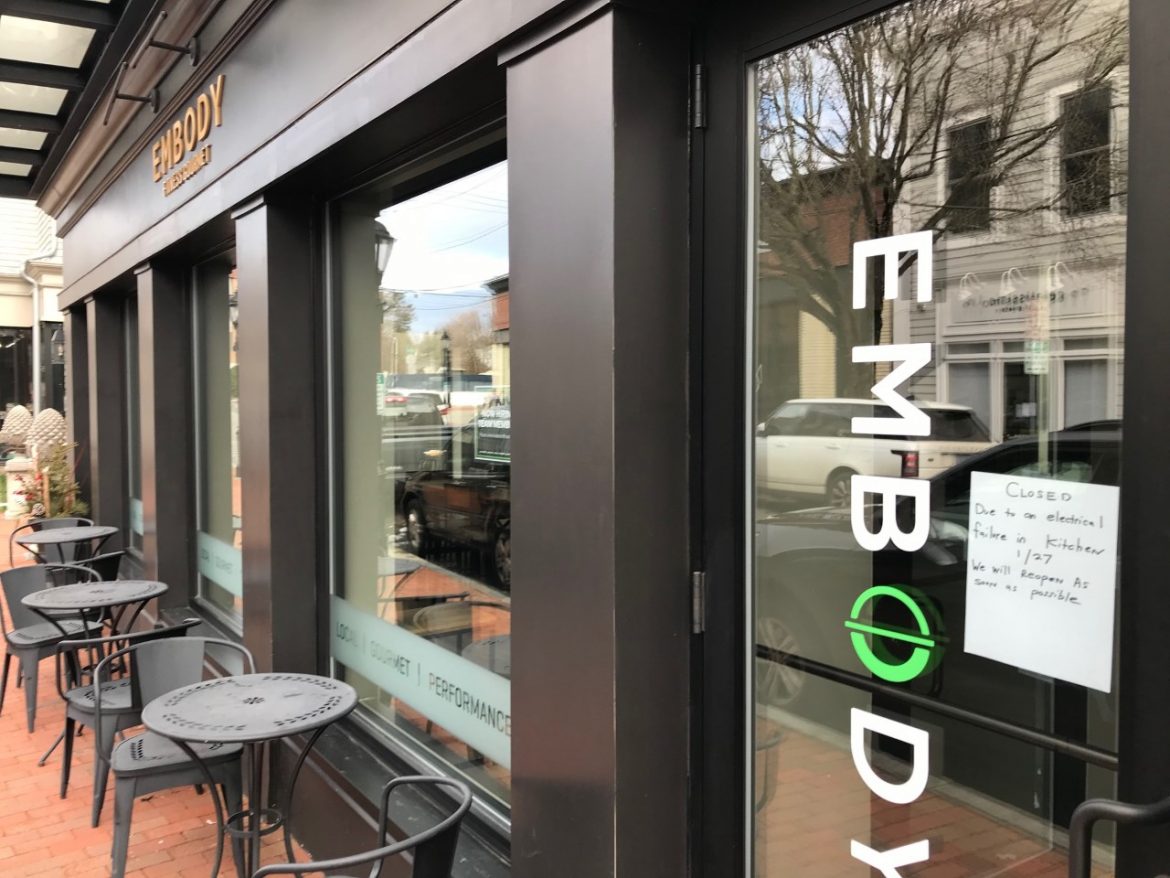 A Forest Street cafe offering quick-service, health-oriented cuisine has closed at least temporarily, according to a sign that appeared Monday in its window.

Embody Gourmet Fitness closed “due to an electrical failure in kitchen,” the sign said.

“We will reopen as soon as possible,” it said.

It isn’t clear what caused the failure or how extensive the problem is. Embody’s owner, Gillen Bryant, could not be reached for comment.

A call into the business’s Westport location went to a generic voicemail whose outgoing message made no mention of Embody.

The Forest Street location opened in the fall of 2016. In 2018, Embody opened a “satellite” grab-n-go counter inside Oxygen Fitness on Pine Street. (The gym operator that acquired the business last summer, Combine-X Fitness, has its own health bar there.)