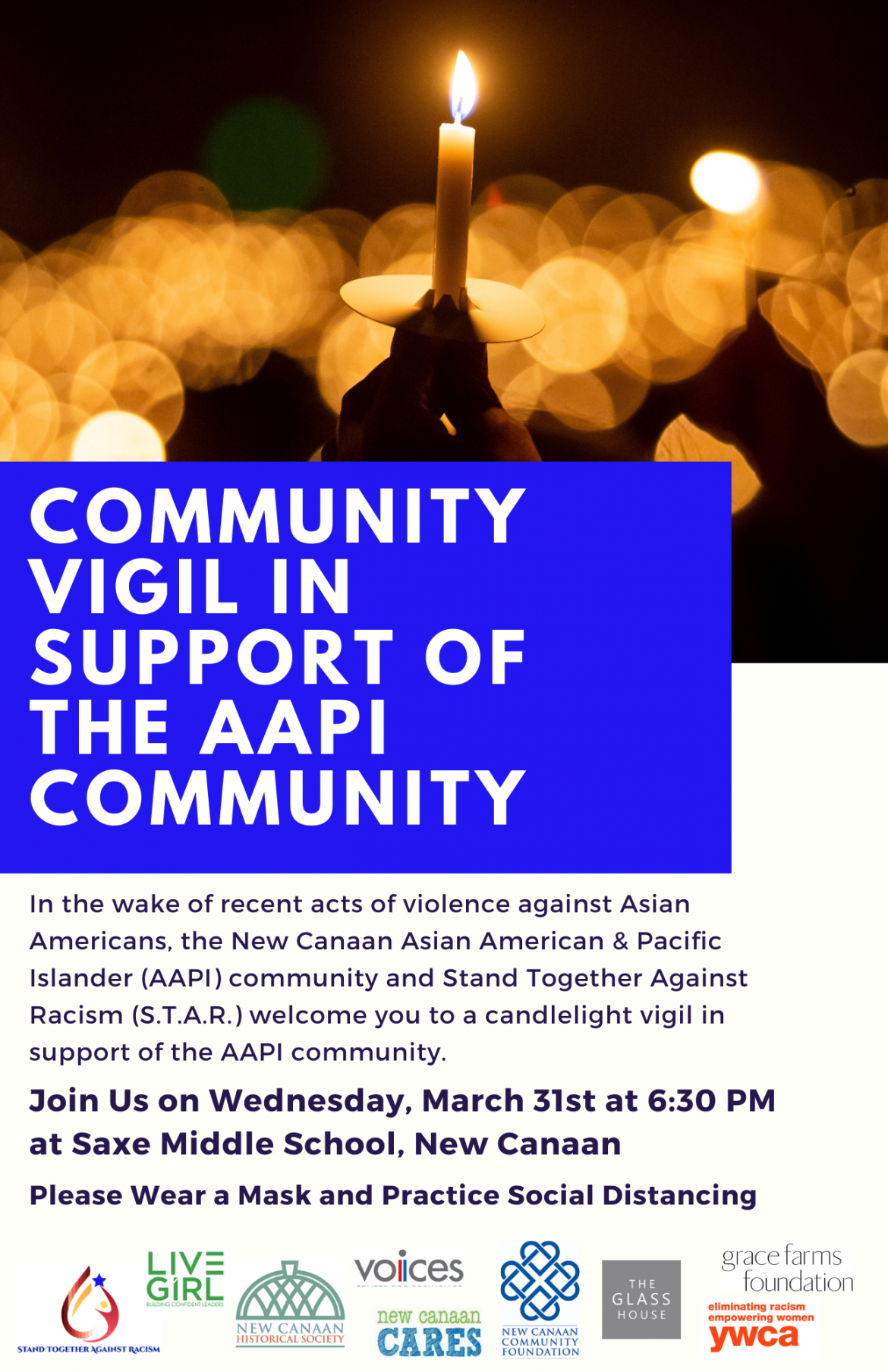 (New Canaan, CT) – March 27, 2021. In the wake of recent acts of violence against Asian Americans, the New Canaan Asian American & Pacific Islander (AAPI) community and Stand Together Against Racism (S.T.A.R) will be hosting a candlelight vigil on Wednesday, March 31st at 6:30 PM at Saxe Middle School, New Canaan.

Wednesday night’s vigil is being held to raise awareness of the racism perpetuated against the Asian American community and to mourn the victims of the recent mass shootings in Atlanta and Boulder. The vigil will be open to all and participants are asked to bring candles.

“This event provides us all with the opportunity to come together and support one another in the fight against racism,” Jill Zhi Telesco, New Canaan resident and member of the APPI community, said. “In our own way, with this gathering of friends, we stand together to peacefully support the recent AAPI victims as well as victims of hate crimes everywhere”.

During the COVID-19 pandemic, hate crimes against the AAPI community have risen nationally.  A Pew Research survey (2021), found that 3 in 10 Asian Americans have experienced slurs or racist jokes since the beginning of the pandemic. In the March 16th mass shootings in Atlanta, six of the eight victims were women of Asian descent.

“We need to support each other, and cross-racial solidarity is needed now more than ever if we want to achieve a shift in mindsets and create changes with positive outcomes for all.” Fatou Niang, S.T.A.R founder, said. “That is what drives S.T.A.R. to act. Hate crimes are not new, but we can’t wait for all of us to be numbed by mass shootings and racial violence to react and act.”

About Stand Together Against Racism:

Stand Together Against Racism (S.T.A.R) is an anti-racist non-profit organization whose mission is to is to equip residents of New Canaan, CT and neighboring communities with tools and resources to understand systemic racism—including its history, root causes and the structures that perpetuate it— and to proactively advocate for racial equity and bias elimination. We believe that by working together, we can drive transformative and sustainable social change in our community and beyond.