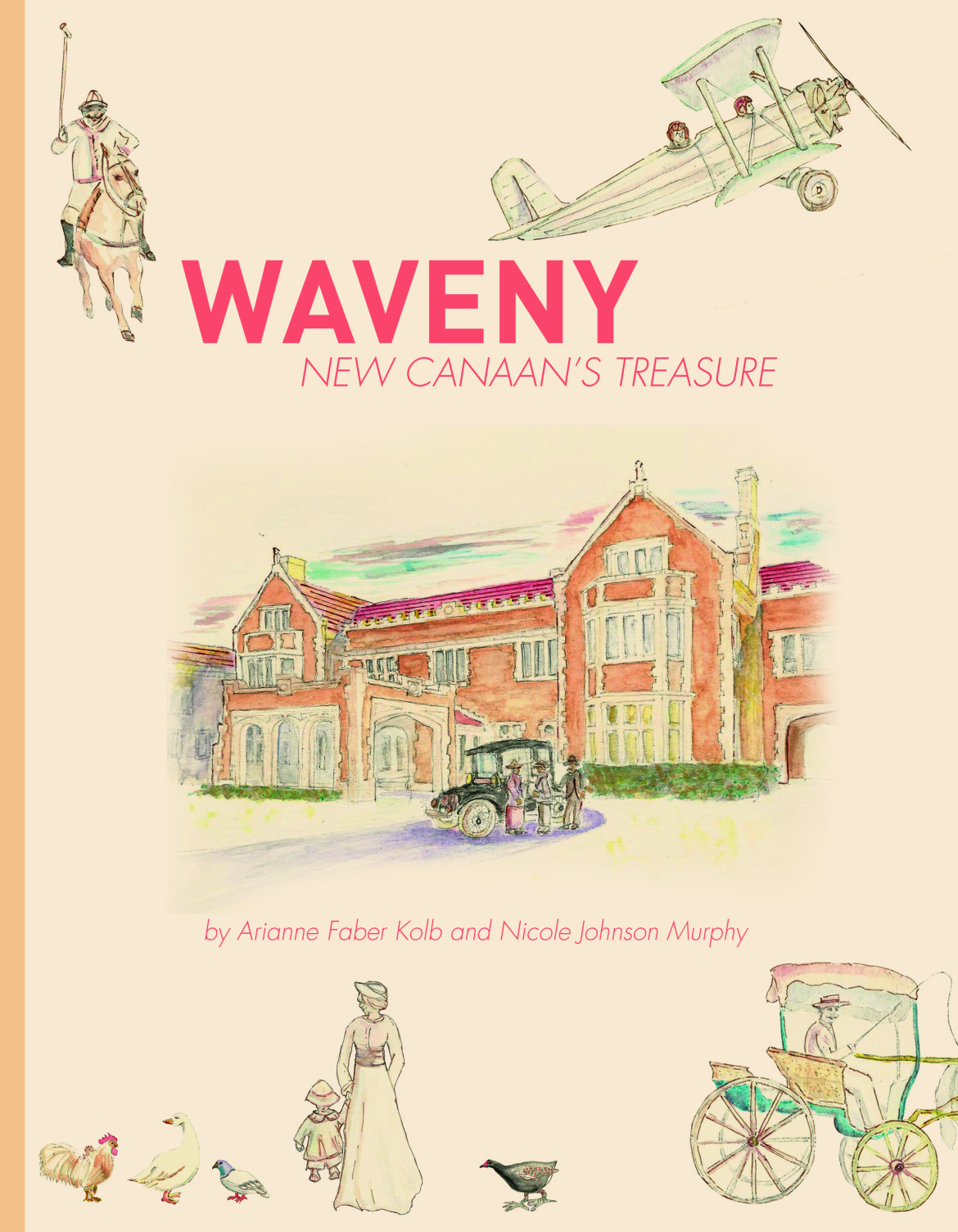 [This event is sold out.]

The New Canaan Preservation Alliance and the Town of New Canaan are pleased to host a Waveny Book Launch and Celebration at Waveny House on Sunday, April 3rd, 3-5 pm. This family event celebrates the launch of the children’s book Waveny: New Canaan’s Treasure, written by Arianne Faber Kolb and illustrated by Nicole Johnson Murphy. The publication of the book was made possible by a grant from the New Canaan Community Foundation and funding from the Town of New Canaan. This is the second children’s book in a series produced by Kolb and the New Canaan Preservation Alliance; the first one was From the Saltbox to the Glass House: Places that Matter in New Canaan.

This illustrated book explores the rich history of Waveny before it became the town’s popular recreational park. The story begins with the period of the Hall family estate, which was then taken over and transformed by the Lapham family, who eventually donated it to the town. This “designer” estate was developed by the Laphams, who recruited the renowned architect William B. Tubby to build the main house, the famous Olmsted Brothers (designers of Central Park) to design the landscape and farm buildings, and the society designer firm of Herter Looms to produce the charming murals and tapestry in the house. “The book transports you back in time to the golden era of the American industrialists and their grand country estates. This was an American Downton Abbey,” says author Kolb.

Intended as a tool for children to learn about this magical place and time, it includes a scavenger hunt and an exploration of the beautiful elements of the building and grounds that are often overlooked and provide insight into the former inhabitants. This is the first time that the enchanting murals in the Main Hall are published and brought to light – readers are encouraged to interpret them and create a story based on the medieval imagery. On the grounds, where today children play soccer and fly kites, there was an air strip for Jack Lapham’s airplanes, a polo field, and fields producing crops. One of the goals of this illustrated history with its early photographs and delightful watercolors by Nicole Murphy is to promote a deeper understanding and appreciation of the significance of New Canaan’s treasure. According to Kolb, “Instilling an appreciation of historic sites in our children is important, since they will be the future custodians of places like Waveny.”

The event also celebrates the continuous collaboration between the Town of New Canaan and the New Canaan Preservation Alliance (NCPA) to support conservation projects at Waveny House. The NCPA is currently working on having Waveny listed on the National Register of Historic Places. One of the tangible results of the fundraising efforts of NCPA’s Waveny 100th Celebration in 2012 was the recent cleaning and restoration of the fireplace in the Main Hall.

An art exhibition of early photographs of Waveny will be juxtaposed with the contemporary photographs of the Waveny grounds by the New Canaan artist Torrance York. In her beautifully rendered work, York contrasts sharply focused elements with indistinct spaces in the landscape, thereby challenging the viewer to look more closely at certain details. Her photographs will be available for sale and a percentage of the proceeds will fund NCPA’s future educational programs.

To find out more, plan on attending the Book Launch on April 3rd. Tickets are $30 per family and include complimentary books, refreshments donated by CT Sandwich, children’s activities organized by the artists and Nancy Scranton and Carrie Brady, rocking live music by the Scavengers, and goodie bags from Vineyard Vines.