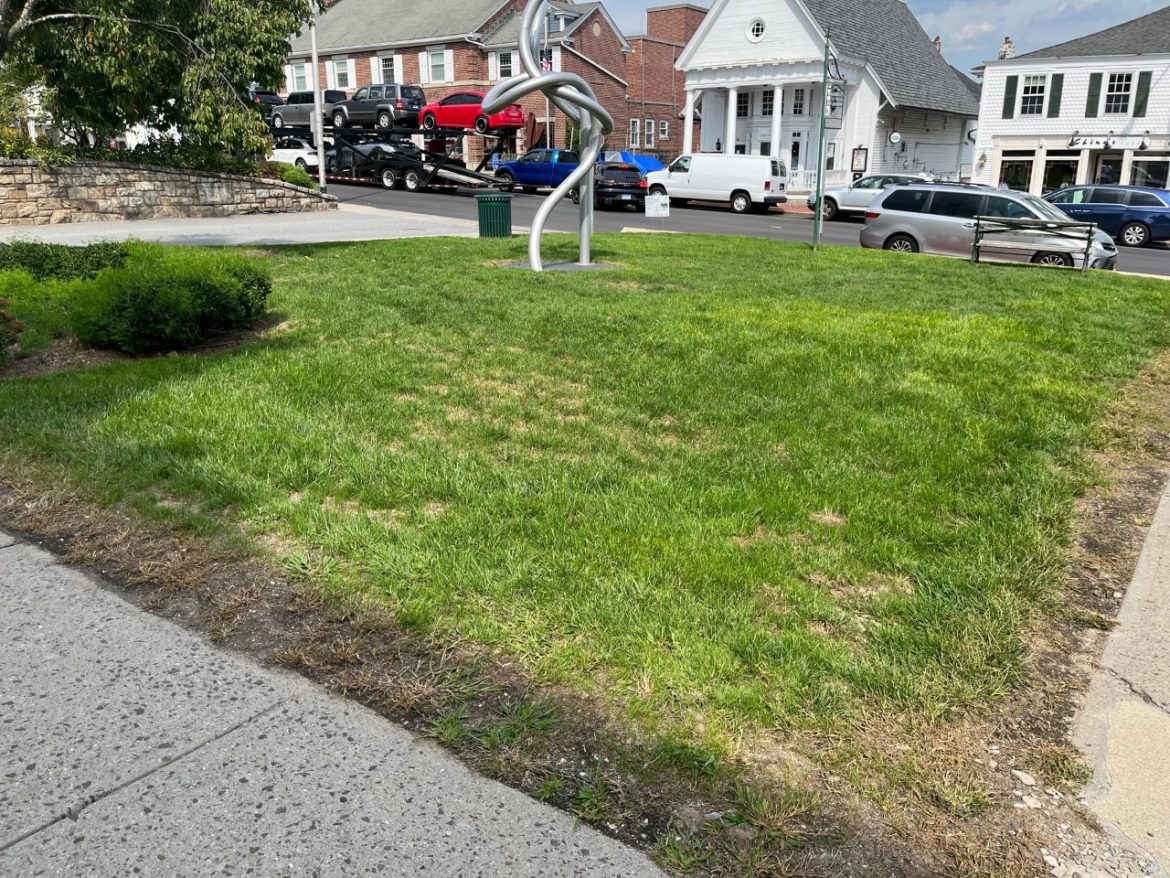 The front lawn of Town Hall on the last day of summer, 2022. Credit: Michael Dinan

An unusually dry summer that featured moderate to severe droughts throughout the state took its toll on New Canaan, parks officials say.

“This has been a very stressful year as far as plant materials are concerned in the parks,” according to Parks & Recreation Director John Howe.

“Luckily, the Highway Department has been out watering a lot of our trees, up until recently,” Howe told members of the Parks & Recreation Commission at their regular meeting, held Sept. 14 at Town Hall and via videoconference.

Howe spoke during his regular monthly update to the Commission.

“And we’ve been having irrigation issues with a lot of our athletic fields, grounds, even Town Hall lawn here with water restrictions and everything else,” he said. “But we’re making progress. And with that, today the dog park, the upper section that we talked about seeding in the spring, which in hindsight I’m sure glad we didn’t because it wouldn’t have survived through this summer. But that got seeded today. So hopefully we’ll keep getting these little bits of rain for that.”

The summer that officially ended just last week was marked by a lack of precipitation and relatively low humidity, due mainly to the jet stream moving north or south of the region.

Howe noted during his update that the girls softball batting cages approved last fall at Waveny are complete though the town must redo the grass seed around it “because it’s been so dry that the seed we put down didn’t survive.”