Barbara Suzanne Potter McGan, 83, passed away July 4, 2020 in Branford, Connecticut. A native of New Rochelle, NY, she was born May 30, 1937 to Stewart Gordon and Mary (Wicks) Potter. She moved with her family first to Waterville, NY then East Greenbush, NY, where she attended Columbia High School. 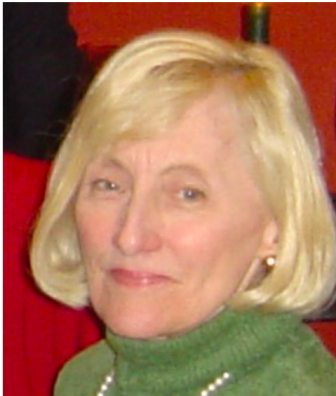 Mrs. McGan graduated from Green Mountain College in Vermont where she was the President of the Phi Theta Kappa Chapter as well as the Chapter’s founder. After college she continued to pursue her studies in chemistry and pathology with an apprenticeship at St. Mary’s Hospital in Troy, NY. She would go on to become a certified Medical Technologist and research assistant to Dr. John Muntz in the Biochemistry Department at Albany Medical College. Her assistance and research led to the publication of several articles in the Journal of Biological Chemistry.

She married Dr. Robert B. McGan, her devoted husband of 61 years, in Albany, NY in 1959. They moved to Tacoma Washington for several years while her husband was in the service, then settled in Shrewsbury Massachusetts where they lived for over 40 years.

A vibrant, intelligent, and fiercely loyal wife and mother, she was the centrifugal force of the family and her children’s most enthusiastic cheerleader. She was beautiful, elegant, and glamorous with an easy and joyful laugh. She loved Cape Cod, fresh cut flowers, hot tea and scones, her cats, waltzing with her husband, Christmas Eve gatherings with her extended family, traveling overseas, and all things chocolate. She was a foodie, a healthy one since childhood, and loved everything from lobster, to pasta, to coffee ice cream and never gained a pound. She took tremendous pride in her children and grandchildren and near the end of her life, fell in love with her husband all over again. She was also the keeper of all things, especially family memories, until her own memory faded.

She is preceded in death by her parents and by her brother, Stewart Gordon Potter Jr. She is mourned by her husband, their two daughters, Tracey McGan Hamill (Robert) of New Canaan, Connecticut and Carrie McGan of Fairfax, Virginia, and three grandchildren, Robert B. Hamill (Lauren), James P. Hamill and Katharine P. Hamill.

She will be interred in Paris, NY where her ancestors have been buried since the American Revolution. A memorial service will be planned at a later date.