For this installment of Biz on Biz, we asked Bobby Johnson, livestock manager at Life Aquatic on South Avenue (across from the Mobil, near Mackenzie’s) to tell us about a favorite item or service at another New Canaan business. 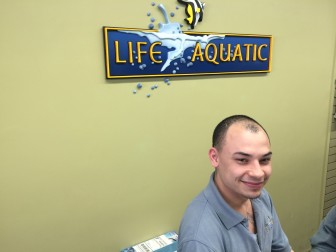 His answer: cheeseburger from Station Eats down the street, with lettuce, pickles, extra hot peppers and fries on the side.

“I like the burger, they make it well,” said Johnston, a Fairfield resident. “It’s made in front of you and all natural. Just a very well-taken-care-of place.” 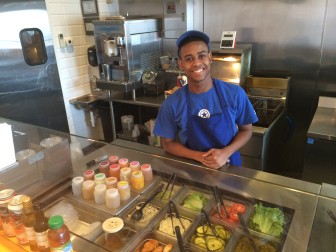 “When I first tried one, it’s like I can’t eat them anywhere else anymore. McDonald’s burgers are not where it’s at,” he said.