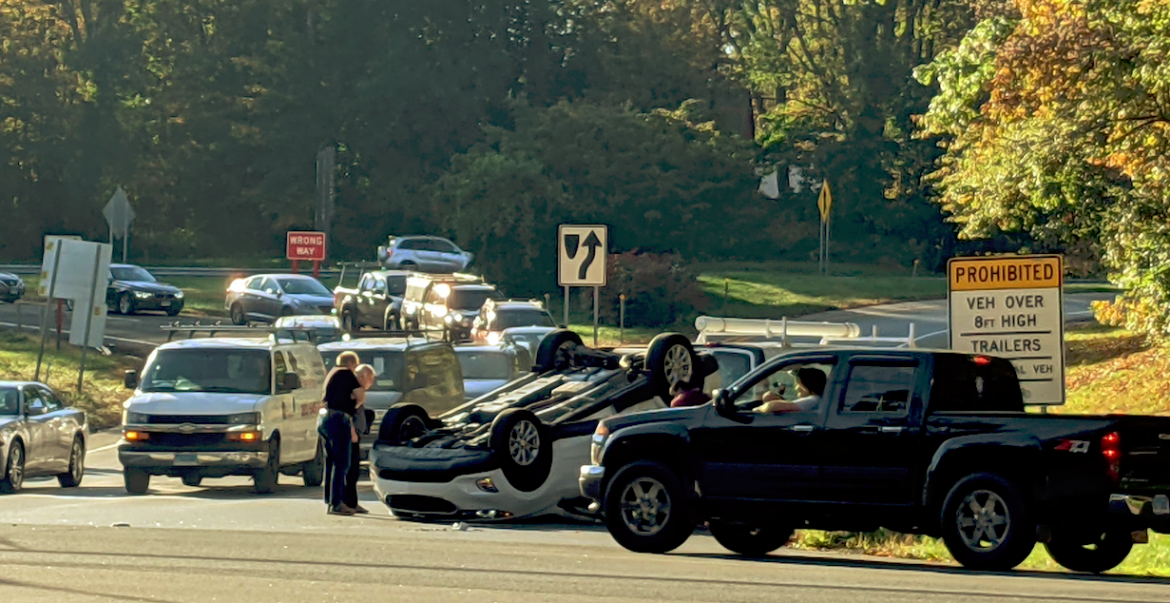 The flipped SUV at Route 123 by the Merritt Parkway's Exit 38 southbound ramp. Photo published with permission from its owner

A vehicle traveling southbound on Route 123 from New Canaan toward Norwalk ran a red light at Carter Street, leading to a crash that ended with the car flipping over, officials say.

At about 9:03 a.m., Norwalk Police were dispatched to the area of the Exit 38 southbound onramp of the Merritt Parkway on a report of the rollover, according to Sgt. Sofia Gulino, a public information officer with the department.

No one was injured in the crash, Gulino said in response to a request for information from NewCanaanite.com.

A vehicle that was stopped at Carter Street, waiting for a green light to proceed toward the Merritt Parkway onramp, proceeded through the intersection when the light changed, Gulino said.

The car traveling southbound on New Norwalk Road stayed on Route 1233 and “the sun at that time interfered with [the driver’s] ability to see the traffic signal,” Gulino said.

The driver was cited for failure to obey a traffic signal, an infraction-level offense, Gulino said.

At least one vehicle was towed from the scene, Gulino said.

[Editor: This article has been updated with information from Norwalk Police. We will post additional information as it becomes available.]