The arraignments of Joanne Pascarelli and Marie Wilson, charged with felony larceny in connection with the theft of nearly $500,000 in cash from Saxe Middle School and New Canaan High School cafeterias, have both been pushed to Sept. 4. Pascarelli is represented by attorney Darnell Crosland, Wilson by attorney Mark Sherman, both of Stamford.

A: “My wife told me she wants to go back to work”
B: “there’s a couple of openings in the school cafeteria, if you know what I mean”
A: “damn that’s brilliant. If those two idiots could scam half a million, she could def do better. She has CPA and an MBA from Wharton”

Shawana Jenkins is to take over as property manager of both Mill and Millport Apartments in New Canaan, members of the New Canaan Housing Authority said at their most recent meeting. She succeeds Raul Pereles Jr. in the job. 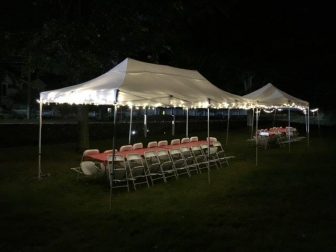 Here’s what the private tents look like. Nice, right?

The Rotary Club of New Canaan has begun planning for this year’s Lobsterfest, to be held Sept. 21 and 22 (tickets and info here). Returning this year after rave reviews will be the lighted, private tents for eight to 16 people with personal table service.

The owner of a 2008-built Colonial on Raymond Street has filed eviction papers with state Superior Court, saying tenants have failed to pay rent since agreeing to a $7,500-per-month, month-to-month oral lease last September. 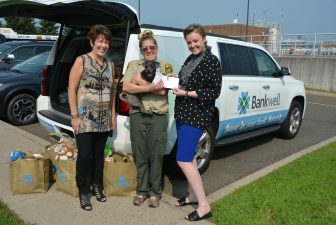 Earlier this year, as part of the Bankwell Pet Adoption Project, the bank held a drive throughout its branch network to collect pet supplies and cash donations through its coin machines for local rescues in need. As a result of the drive, Bankwell is sharing the supplies—and has matched the cash donations—to give a total of $2,500  to local shelters, including Animal Haven, ROAR, STARelief and Pet Assistance, Stamford Animal Control, Red Leash Rescue, Strays & Others, PAWS in Norwalk, One More Dog Rescue and WASA. Bankwell is in the second year of its Pet Adoption Project, which saw 75 percent of featured animals find a home last year. Portraits of the featured animals are made possible by local photographer Michael Bagley, who volunteered his professional services to the program.

Police at 11:29 a.m. Thursday arrested a 21-year-old Bald Hill Road man and charged him with failure to respond to an infraction. According to court records, he had been cited by Darien Police in February 2015 for possession of alcohol by a minor on a public street or highway. 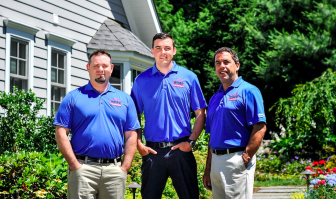 Congratulations to third-generation local company Wiser Home Remodeling on being selected for “Remodeling” magazine’s “Big50.” Each year, the magazine inducts 50 compaies that “set exceptionally high standards for professionalism and integrity through exemplary business practices, craftsmanship, and impact in their community or the industry at large.”

Police at 8:19 p.m. on Aug. 9 cited a 17-year-old Darien man for possession of marijuana and possession of drug paraphernalia on Chichester Road following a report of a suspicious motor vehicle there. 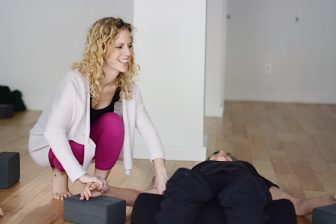 Finally, congratulations to Sama Yoga of New Canaan on receiving a “MINDBODY Visionary Award” for business excellence in the wellness industry. The business at 45 Grove St., owned and run by Rebekah Jacobs, will offer its first ever official Yoga Teacher Training certification curriculum beginning Sept. 15 (continuing through May, 2019). Sama Yoga’s new program is a certified Yoga Alliance 200-hour Registered Yoga Teacher Training, and “is designed as an in-depth study program to develop self awareness, confidence and life skills as well as preparation to teach what you’ve learned,” Jacobs said.