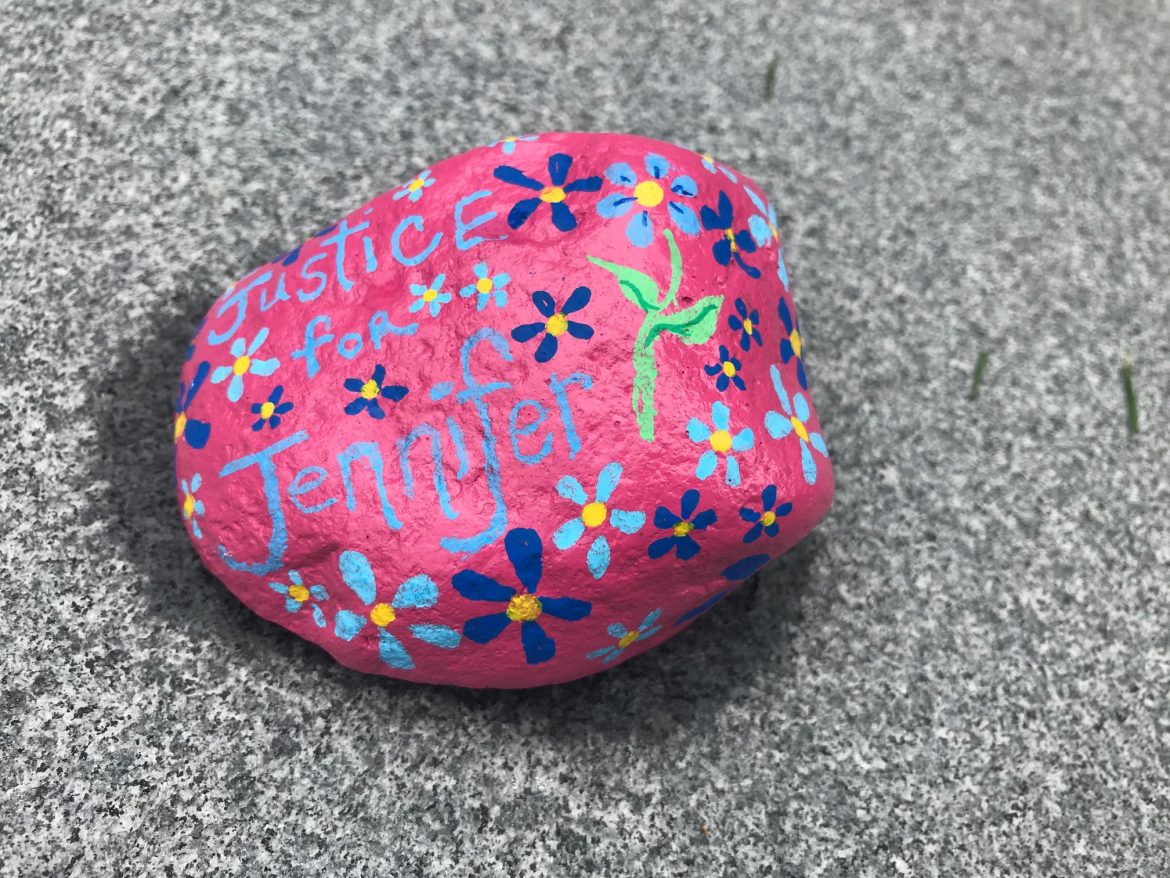 One of the painted rocks that appeared at a Town Hall entrance on Sept. 12, 2019, the day Fotis Dulos was arraigned in Superior Court on a second charge of tampering. Credit: Michael Dinan

A limited liability company whose principal is a New Canaan man purchased adjacent vacant parcels on Oenoke Ridge totaling more than 10 acres, records show. Stonybrook LLC bought 1100 and 1102 Oenoke Ridge for $3 million, according to a property transfer recorded Monday in the Town Clerk’s office. The LLC’s principal is David Stone, according to Connecticut Secretary of the State records. 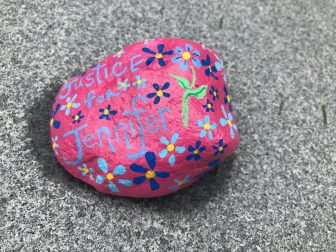 One of the painted rocks that appeared at a Town Hall entrance on Sept. 12, 2019, the day Fotis Dulos was arraigned in Superior Court on a second charge of tampering. Credit: Michael Dinan

Superior Court Judge John Blawie placed a gag order on officials with respect to the Jennifer Dulos case, according to New Canaan Police. “No information will be provided from this date forward regarding this case until the order is lifted or additional arrests are made,” Lt. Jason Ferraro said in a bulletin emailed to media. The announcement came on the same day that Fotis Dulos was arraigned following his arrest last week by state police on a felony tampering charge. At Town Hall’s entrances, painted rocks bearing the message “Justice for Jennifer” appeared in the morning.

A reminder of some great local events that are coming up soon: 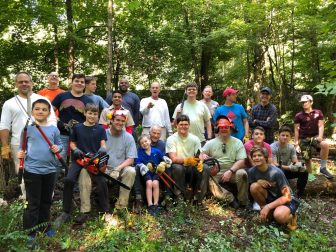 Troop 286 Boy Scouts and parents, Bryce Campbell is pictured third from the left in the middle row, with his Dad right behind him. Contributed

On Saturday a large group of Troop 286 Boy Scouts and parents crew out clearing invasive winged euonymous, multiflora rose and Japanese barberry from the Mead Park entrance area of Bristow Nature Park & Trails. Eagle Scout Candidate Bryce Campbell led the effort, and after clearing nearly 300 square yards of invasives went on to plant viburnums and two dogwood trees. Parks Superintendent John Howe delivered a dumpster that was filed to the brim with cut up invasives and Conservation Commissioner Marty McLaughlin pitched in and helped guide the effort.

New Canaan Basketball Association tryouts for girls are to be held next week. Here’s the schedule.

The town on Sept. 4 issued a permit for a $350,000 medical fit-up at a Stamford Hospital facility on Grove Street that will encompass 20 medical offices and exam rooms and 2,249 square feet of space, according to the New Canaan Building Department. 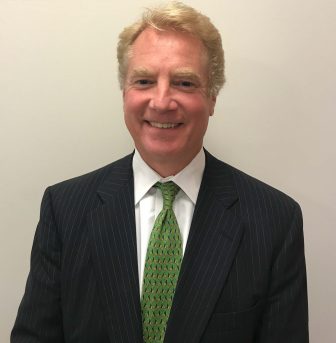 Longtime New Canaan resident Jeff Growney has joined the Board of Directors of Future 5, a Stamford-based organization whose offerings include daily coaching to promote academic achievement and college and career counseling. A partner at Millstreet Capital Management, Growney is longtime member of St. Mark’s Church and the New Canaan Winter Club, where he served on the board. He is currently a board member of Woodway Country Club. He received a bachelor’s degree in economics from the University of New Hampshire and a MBA from Fordham University. He and his wife, Page, have four grown children.

“We thank the thousands of families who entrusted their children to us as we worked together to find the best academic as well as social environments for our individual students,” the company said in a press release. 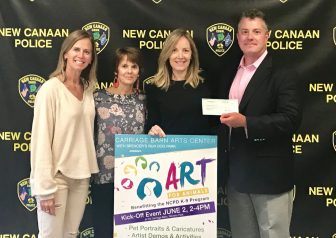 Finally, the Carriage Barn Arts Center, together with volunteers from Spencer’s Run in Waveny Park, presented a check for $2,470 to the New Canaan Police Department K-9 Fund. The funds were raised through the “Art For Animals” exhibit and event which was generously sponsored by New Canaan Veterinary Hospital, Venture Photography, The Boyd Law Group, Cathy Kangas Fund For Animals, Fuzzball Buddies and Newcanaanite.com.