Book it while you can: New Canaan Library is offering a limited number of Hard Hat Tours of the new building (to those 18-and-older). Book here.

Lapham Community Center is again offering free Medicare Part D assistance for New Canaan residents, through Dec. 7 by appointment. This week, one counselor saved a town resident more than $10,000. A notice on the Lapham page of the municipal website says: “The plan that was best for you this year might not be best for you next year. The only way to know is to use Medicare’s Prescription Drug Plan Finder located at Medicare.gov on the Internet. Our counselors will be happy to run this program for you. Just call 203-594-3620 for further information.”

Lakeview Avenue from Route 123 to Millport Avenue will be closed for the next approximately three weeks for the installation of the 36-inch water transmission line. Residents can still access the Transfer Station from Route 123, the Department of Public Works Tweeted this week.

U.S. Rep. Jim Himes (D-4th) on Oct. 22 returned from leading a bipartisan delegation of House Permanent Select Committee on Intelligence Members and staff to Ukraine, according to a press release. “The Ukrainian people did not intend to be heroes, but were peaceful citizens who answered the call to arms and rose up in defense of themselves, their neighbors, and their nation,” Himes said in the release. “I was deeply honored to meet with some of these brave soldiers, and with President Volodymyr Zelenskyy: a beacon of resilience against Putin’s violent onslaught. We were able to discuss the full effect of the invasion, the necessity of global support, and the path forward towards Ukrainian victory.”

Police received a report at 11:11 a.m. on Oct. 21 of a motorist passing a stopped school bus on Smith Ridge Road.

Luke Parker Bowles, the CEO of CinemaLab—the New Jersey-based company that is set to reopen New Canaan’s movie theater, The Playhouse on Elm Street, in the spring—appeared Monday on MSNBC’s “Morning Joe” with Joe Scarborough and Mika Brzezinski to talk about the company’s work, including here in town:

The New Canaan Building Department on Oct. 19 issued a permit for an estimated $35,000 interior renovation at a South Bald Hill Road home where work already was underway. “Work has already begun prior to submitting permit paperwork,” the permit said. “Renovation of existing kitchen, removal of non-bearing wall between kitchen and living room, replace kitchen cabinets.” In all, the homeowner paid $415 in fees to the town for the permit.

P&Z Commissioner Dick Ward recused himself from Monday’s special meeting regarding the proposed West School cell tower because he’s a neighbor. Ward last recused himself three years ago—though begrudgingly—from P&Z’s decision regarding an application for a modified zoning permit from The Glass House, which is located .3 miles from his house. At the time, Ward cited a NewCanaanite.com editorial calling for his recusal in the matter, making this inaccurate observation in his remarks: “It wasn’t something that the editor himself thought up.”

The New Canaan Chamber of Commerce is hosting the family friendly Halloween Block Party  from 12 to 2 p.m. this Sunday, Oct. 30 on Elm Street: “Come for the trick or treating and stay for the music, courtesy of New Canaan’s own School of Rock. Also performing will be the cast of NCHS Theater’s ‘Tuck Everlasting’ and the New England Academy of Dance. Goody bags for our first 500 young guests. Come show off your costumes. The event is generously sponsored by our friends at Walter Stewart’s Market.”

Police at 8:04 a.m. Monday responded to a report of downed power lines caused by a construction vehicle at a White Birch Road residence. 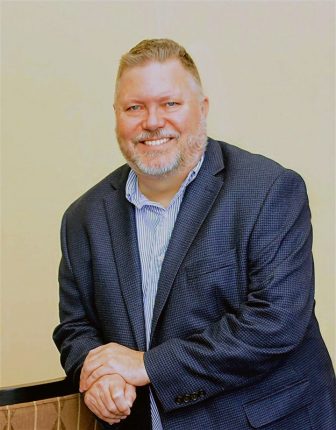 Congratulations to Waveny LifeCare Network President and CEO Russell Barksdale, Jr. on his nomination for the Agent of Change Award, part of the Pinnacle Awards presented for the first time this year by McKnights Long-Term Care News for “driving change and innovation, either within the organization or across the field.” In a press notice, Waveny said, “Mr. Barksdale epitomizes the rigorous spirit of innovative and compassionate change that distinctly qualifies him for Agent of Change Award consideration.”

Bring the family to see Saxe Middle School’s production of “Madagascar, Jr,” a musical based on the Disney movie. A group of animals who have spent all their life in Central Park Zoo, end up in the jungles of Madagascar, and must adjust to living in the wild. Performances will be in the Saxe Auditorium, Friday November 11 at 7:00 p.m. and Saturday, November 12 at 1:00 p.m. and 4:00 p.m. Tickets are $12 and can be purchased here.

Finally, here are some more worthwhile local events (upload your event to the Community Calendar here and we’ll share it):