Estill “John” Bowling passed away with loved ones at his side in Bowling Green, Kentucky on December 28, 2020 after a courageous battle against COVID-19. 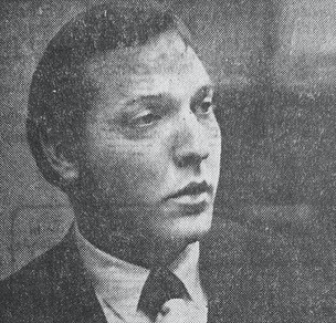 After graduating high school where #25 was a star basketball player, he received a basketball scholarship to a junior college in Kentucky, but later left school to join the Air Force during which time he eventually worked with NASA and the space program. After military service, Estill became a nationally recognized leader in sales and marketing while leading a team of over 100. He was also a sought-after motivational speaker often called upon to give inspirational talks and retell his “rags to riches” story of growing up poor as the son of a sharecropper, never taking no for answer, and working hard. He always said that despite the poverty in which he grew up, he was surrounded by loving parents and close-knit siblings, something he would not have changed for any amount of money.

Even though encountering numerous challenges later in life, he remained positive and always tried to highlight the good in people and life in general. Estill retired and returned to his beloved Kentucky, eventually remarrying, and was once again encircled by an extensive and loving family.

Prior to his illness, he made a trip to New Canaan and spent precious time with his son Craig, daughter-in-law Theresa, and beloved grandchildren Avery and Caden.

Estill is survived by his wife Gail Bowling of Somerset, Kentucky, sons Craig (Theresa) Bowling of New Canaan, Connecticut and Chad Bowling of Vanita, Oklahoma, grandchildren Avery and Caden Bowling, and brother Wayne (Lois) Bowling of Windsor, Illinois. He also leaves behind a myriad of nieces, nephews, and cousins many of whom looked to him as a father or grandfather figure. He is preceded in death by his parents Altro Bowling and Fae Huff Bowling, brothers Lowell and Larry, and sister Anita.

Estill will be buried with military honors at Mill Springs National Cemetery in Nancy, Kentucky on Wednesday, January 6, 2020.

In lieu of flowers, donations can be made in his memory to the Air Force Aid Society (AFAS).