New Canaan resident Elizabeth Blanchard had been teaching professionally—at St. Luke’s School, Saxe Middle School, in Italy and finally at Stamford’s King Low Heywood Thomas—for more than a dozen years when she decided to make a career change for herself and her family. 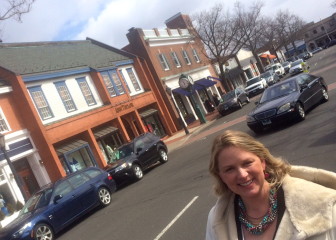 By January 2013, Blanchard already had spent a few years exploring a lifelong interest in style and fashion by hooking up with Stella and Dot accessories line. Doing trunk shows at private parties on the side while teaching middle school English at KLHT, Blanchard was surprised to find she had a knack for selling without pushing.

Blanchard and her husband, Erick Galarreta, a personal banker at JP Morgan Chase in Stamford, were seeking some supplemental income, having recently moved out of her mother’s and on their own in New Canaan with one young son, and they wanted a second child.

Around that time, someone told her about J. Hilburn, a luxury custom clothier for men whose cashmere sweaters, knit polo shirts and 5-pocket sueded twill pants are sold by personal stylists working on commission.

“My first thought was, ‘I’m not sure it aligns [with Stella and Dot],’ and then I thought, ‘Well, it aligns quite well,’ ” Blanchard recalled on a recent morning from Dunkin Donuts on Elm Street. “I thought, I’m already styling women. Why not style men?” 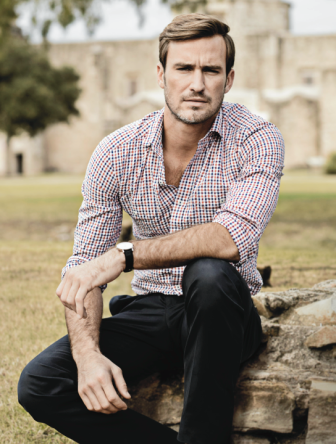 "It may be freezing outside, but it's never too early to get started on your Spring wardrobe. Don't miss out on our J.Hilburn Spring/Summer 2014 collection!"—J. Hilburn-Fairfield County Facebook page.

Her independent style consultant business—her Facebook page is here—has grown quickly in just over a year, from 20 clients (the majority of them New Canaan-based men) at the start of last summer to about 100 today, Blanchard said.

Working mostly by referrals, Blanchard meets with men whose wardrobes need updating, expanding or overhauling. She gets their measurements, assesses their tastes, finds out what they need clothes for (work? special occasions?) and how they like clothes to fit, then goes through the J. Hilburn line, chooses what they need and has the clothes made and sent directly to the client.

It’s a job that Blanchard said satisfies her on many levels—as an entrepreneur seeking to expand her client list (and bring in others to her own team), as a creative type, as a lifelong fan of fashion and as a mom seeking freedom (“I work independently, for myself, but not by myself”), flexibility and stability for her family.

In a way, Blanchard was introduced to the world of fashion when her family came to New Canaan from Woodbridge.

That many New Canaan people take care in turning out and presenting themselves “certainly struck me when I moved here when I was 10 years old,” she recalled.

“That there were a lot of ‘name-brand scenarios’ out there. It was about who had the Benetton shirt, at the time, as well as what college you went to, what school you went to, and I think we sort of go around, in a way, dressed to impress. Even if that’s in your workout gear, because a lot of women, they’re out and about after a workout, but they look pulled together.” 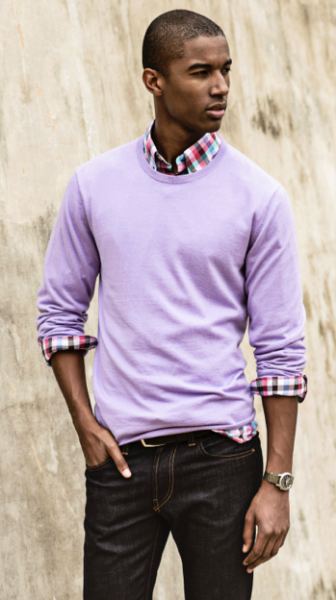 "The wait is almost over. Tomorrow, February 25th, all Spring Ready to Wear items are available for purchase! Be sure to check out our new selections from ties to sweaters, they are Spring/Summer 2014 must haves! (Plus, they will be on sale for the month of March!) Message me to schedule your appointment."—J Hilburn-Fairfield County Facebook page

Blanchard attended South School, then Saxe and graduated from New Canaan High School in 1992. While pursuing her bachelor’s degree in communications from the University of Colorado Boulder (which she’d earn in 1996), Blanchard started to get some perspective on just how unusual had been the level of dress she experienced in New Canaan.

“At Boulder, I would be dressed down and everyone would think I was dressed up,” she recalled. “I think growing up in New Canaan, you almost pick it up by osmosis. But I’ve always been fashion-interested and I’ve always been a creative person.”

She traveled abroad after graduation—including one year in Australia—then came home and started coaching lacrosse at St. Luke’s, which led to a teaching job there (she taught English for about two years).

Blanchard then came to Saxe on a student-teaching internship, earning her master’s degree in education from Sacred Heart University and “followed a dream of mine to teach overseas.”

“My brother is a teacher in Kenya and I’ve always been a world traveler,” she said. 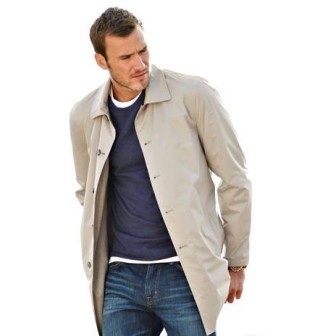 In September 2006, with her then-boyfriend—Peru native Erick, whom she’d met through a New Canaan High School friend—with him back home, she began teaching at the American Overseas School of Rome in Italy.

The pair would marry about halfway through her year in Italy and started to make plans for his relocation to the Continent. But when Blanchard became pregnant with the couple’s son a few months later, they decided that Rome wasn’t the right place to go.

“It’s a little tricky to be pregnant and go through the whole health system in Italy, through socialist healthcare,” Blanchard said. “It was not easy. Put it this way: I was pregnant in April and they told me the first ultrasound I could get was in August. I was like, ‘That’s not going to work.’ ”

They returned to New Canaan, to Blanchard’s mother’s house, and Timmy was born the following January. 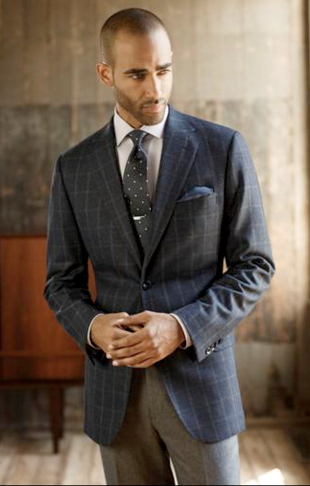 Blanchard stayed home with him until the fall, when she started at KLHT. Seeking to save enough money to move out of the house as well as do things like go on vacation, Blanchard picked up side work with Stella and Dot.

“I was very successful at it and I started getting compliments from people,” Blanchard recalled. “I had always dreaded sales. I always thought I would get a person to do sales because I didn’t want to be a pushy salesperson, that’s how I thought of it, and then I got a lot of compliments that it never felt that way, thank god. I’m a social person, I’m a people person, and I think I made it simple and easy for people.”

A couple of years later, when she started as a J. Hilburn stylist, Blanchard found she could relate to the wives of her new clients.

“One thing is that I think a lot of the women like their men, husbands and sons, to look pulled together, to look nice—I mean I know I want my husband to look nice when we go to a social occasion,” Blanchard said. “And I’m oftentimes saying, ‘Oh maybe a different shirt would be good.’ In New Canaan, I think we often care about how we look and what image we project.” 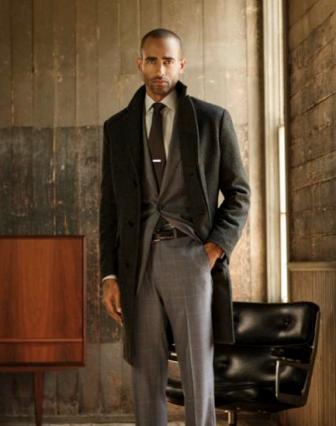 And for her clients, the convenience of Blanchard’s service is attractive. One recent client who put eight shirts on hold with Blanchard said he looked forward to the day when he needed new clothes and he could ask his wife simply to contact Blanchard “instead of getting the exasperated call from the mall: ‘I don’t know what to get you. What do you want?’ ”

Even if it’s only been one year, getting to the point where she has satisfied clients took a leap of faith. Blanchard after just a few months with J. Hilburn told KLHT she was leaving, both because she had become somewhat disenchanted with teaching and “to give this a shot.”

“I realized it [the model] was working really quite well and I was able to sell strong. So I realized that this could actually work and especially in conjunction with Stella and Dot, I could make a living,” she said.

Which she is. Last summer, she joined the New Canaan Chamber of Commerce and Fairfield County Over 40 Females networking group.

Blanchard’s second son is due in June. Timmy, an East School kindergartener whose favorite clothes are dinosaur T-shirts, doesn’t necessarily love it when his mom is away at a late meeting with a client or the Young Women’s League of New Canaan (which Blanchard has belonged to for a number of years), but he understands it.

“What I actually hope for him is that he sees that his mom works and provides for the family,” Blanchard said.