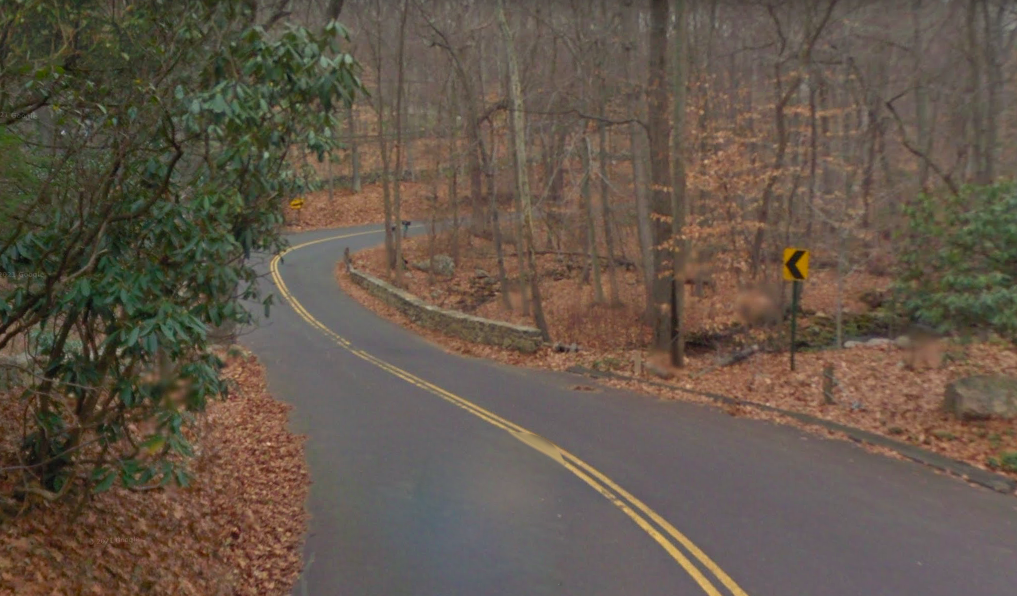 West Road north of the intersection at Turtle Back Road. Streetview

A New Canaan man sustained a broken collar bone, five broken ribs and punctured lung after his motorcycle crashed on a Sunday morning in May due to unsafe road conditions, according to a notice that the town received this month from a lawyer.

The Clearview Lane man’s motorcycle slid and crashed at about 11:30 a.m. on May 2 while traveling north on West Road near the intersection of Turtleback Road, according to a notice filed in the Town Clerk’s office.

The motorcycle slid on an “extremely slippery” and “light-colored substance” that appeared to have been laid to the right of the double-yellow centerline, according to the notice attorney Cindy Robinson of Fairfield-based Robinson Mahoney PLLC, received July 9.

That substance “constituted a hazard and rendered the road dangerous and hazardous for vehicular travel,” the notice said.

As a result of the crash, the man “received injuries of a serious and permanent nature in that he sustained a displaced fracture to his left clavicle, multiple rib cage fractures, punctured lung, pneumothorax, difficulty breathing, emotional upset, a general shock to his nervous system and other injuries not yet determined,” it said.

According to a New Canaan Police Department incident report attached to Robinson’s notice, officers at about 1:17 p.m. on the day of the crash were dispatched to the area and found a “motorcycle laying up against a guardrail near the [West Road] bridge and a helmet laying next to it.”

Police tracked down the motorcycle’s owner through the vehicle’s license plate and found that he had contacted his wife from the scene to be transported immediately to Stamford Hospital, where he was admitted. During their investigation, police found “a large amount of substance on the newly painted yellow line which was extremely slippery,” according to the incident report. The officers could see where the tires hit the substance “and where he lost control,” the report said.

“The substance that was placed on the yellow line are tiny glass beads that adhere to the paint for reflectivity when lights shine on the roadway,” it said.

The notice filed with the town included photographs of the scene.