Congratulations to Claude Chandonnet and Catherine Granito, NewCanaanite.com Athletes of the Week. 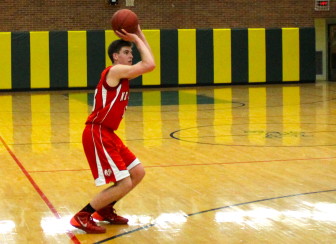 After dropping its first three games of the season, the New Canaan Rams boys basketball team reeled off two wins in a row to win the Cowboy Classic Tournament last week. Chandonnet led the Rams in scoring in both contests, netting 19 points in a 53-44 semifinal win over Litchfield and 15 against Cromwell in the championship game, which the Rams won 38-24. Head coach Mike Evans will look to his senior co-captain to keep the Rams’ winning streak alive against a tough 5-0 Norwalk squad this Friday night at New Canaan High School. 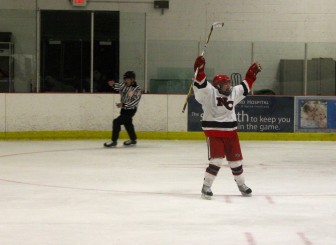 Another NCHS team riding an impressive win streak is the girls ice hockey team, which notched its third consecutive victory with a 9-2 shellacking of Trumbull this past Friday. Granito led the way for New Canaan with her second hat trick of the season as the Rams improved to 4-2 on the season. Granito was coming off several huge games, as the junior scored two goals and one assist in a 6-2 win over conference rival Greenwich last Tuesday, and had a hat trick in the Rams’ 4-3 win over Ridgefield the previous Saturday—the first victory for New Canaan on the season. Granito will hope to extend the win streak to four as the Rams will take on Fairfield Wednesday night at Darien Ice Rink.