Curt Casali’s dream of becoming a major league baseball player that began here in New Canaan became a reality Thursday when the Tampa Bay Rays promoted him from Triple-A to the big leagues. 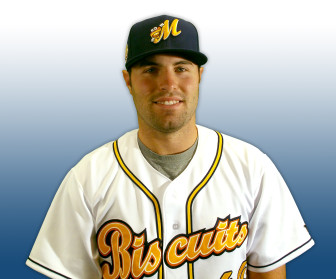 Casali began the 2014 campaign at Double-A Montgomery. He was promoted to the Major Leagues Thursday July 17.

Casali’s call-up came after the Rays placed starting catcher Ryan Hanigan on the disabled list with a strained oblique. And although the promotion came as no surprise to many in the baseball world, the 2007 New Canaan High School grad never saw it coming.

“Shock and awe were the emotions when I first found out,” Casali told NewCanaanite.com. “I’m so excited and thankful for the opportunity, and grateful to the Rays organization.”

If Casali continues to perform like he has in the minors, the Rays will be the grateful ones.

In 68 games this season between Double-A Montgomery and Triple-A Durham, Casali has been a steady producer, hitting .261 with 4 HR’s and 28 RBI. Meanwhile the Rays have had issues with a lack of offensive production from their catchers. Hanigan was batting .212 at the time of his latest injury and backup Jose Molina is currently hitting .195, opening up the door for Casali who has impressed the Rays during his latest stint in Durham at–and behind–the plate.

“Being in Triple-A really opened my eyes to just how close we are to making it,” Casali said. “It’s only a phone call away and it just makes you want to work that much harder.” 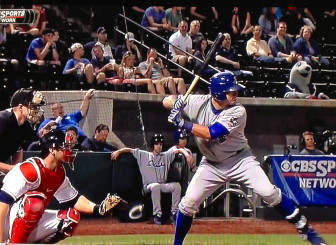 Casali at the plate earlier this season for the Durham Bulls.

Casali got the call while he and his fellow Durham Bulls teammates were prepping for a return to action after the All-Star break in Gwinnett County, Ga. to take on the Braves. The catcher had recently participated in an interview about Durham Manager Charlie Montoyo, who gathered the entire team together on the field during batting practice.

“Charlie said, ‘Thanks for saying all those nice things about me, now I get to return the favor,’ ” Casali recalled.

Montoyo then made the announcement Casali has waited his entire life to hear: He was going to the major leagues.

“As he said it my teammates were jumping on me, shouting … There were tears,” Casali continued. “It was one of the best moments of my life.”

Casali will be leaving Georgia Friday to join the Rays in Minneapolis for a three-game set against the Twins.