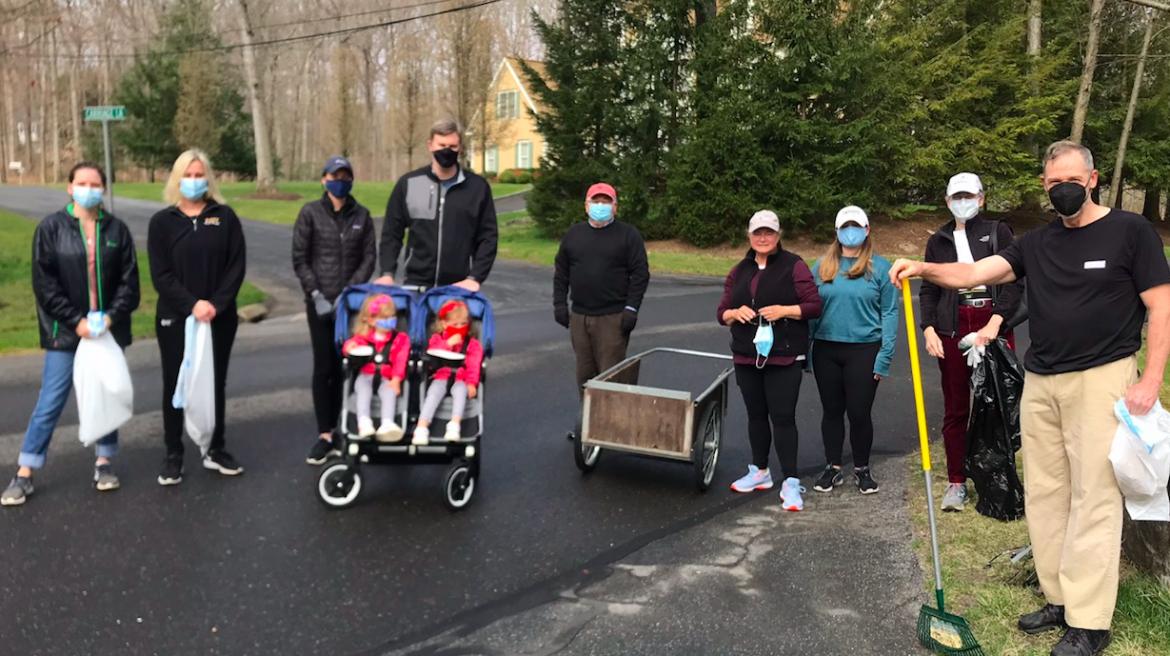 In walking her dog in the area of Frogtown Road and the Noroton River, Robin Bates-Mason has gotten a firsthand look at how quickly trash can build up along the roadside and in the waterway itself.

People driving along Frogtown, a heavily used east-west connection between Ponus Ridge and Weed Street, often don’t realize how much garbage there is because they’re moving too fast.

“And of course, when summer comes in and the vegetation comes in, you don’t see it as well, but when you’re a dog walker and you see it, Frogtown just awful, it’s really bad,” Bates-Mason said. “Unfortunately  it’s not the safest route to clean up.” 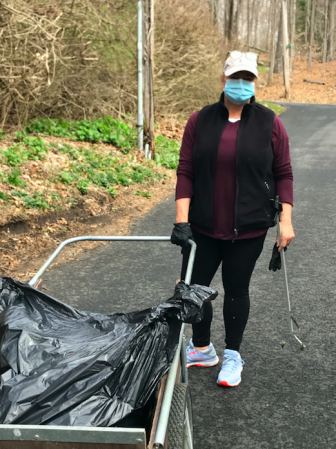 Even so, as she did a few years ago, Llewellyn Drive resident Lally Jurcik took the lead last week in organizing a neighborhood campaign to get families out and cleaning up, said Bates-Mason, one of several residents of the area who received an email with details.

Jurcik’s effort comes ahead of the town-organized “Clean Your Mile,” which had been canceled last year due to COVID-19 pandemic and is back in 2021. From April 18 to 24, town residents, community groups and downtown merchants are encouraged to gather for a “spring clean-up” of their neighborhoods. Participants can pick up garbage bags at Town Hall (Public Works or Inland Wetlands) and are asked to wear masks, social-distance and use hand sanitizer. Dumpsters will be located in the train station commuter lot next Friday through Sunday, and volunteers who secure bags of trash and place them on the shoulders (not in the roadways) may call the Highway Department at 203-594-3704 for pick-up.

Bates-Mason, who serves as president of Planet New Canaan, said that the Jurcik-led effort has made the neighborhood where she walks her dog “so much nicer” already.

“You think you live somewhere and ‘Oh, everything is really nice,’ and then you see the garbage,” she said. “And for me, I don’t want see this stuff go into the waterways. That is my biggest concern.”