[Editor’s Note: The video above was shot on Feb. 12, looking onto Seminary Street from Oenoke Lane and the stop sign encountered by eastbound traffic, or those traveling away from the Food Emporium.]

Concerned about the safety of pedestrians, including children, a group of Seminary Street residents are seeking help from police and other town officials on enforcing the stop signs at the Oenoke Lane intersection.

Ann Kozar, who has lived in a house right at the intersection for four years, told town officials Wednesday that she sees multiple cars roll or blow through the stop signs daily.

“My main concern is safety,” Kozar said during a meeting of the town’s Traffic Calming Work Group. The panel fields requests for matters such as reducing speed and eliminating cut-thrus on town roads. Residents start by filling out a request form, which can be found here.

“I walk the dog and there are kids playing who want to cross the street safely,” Kozar said. She was joined by next-door neighbor Ana-Maria Leeming, who has lived on the street since July.

“Every single day, people just breeze through the stop signs,” Leeming told the work group. “We [neighbors] have gone back and forth to try and figure out a means to stop it.” 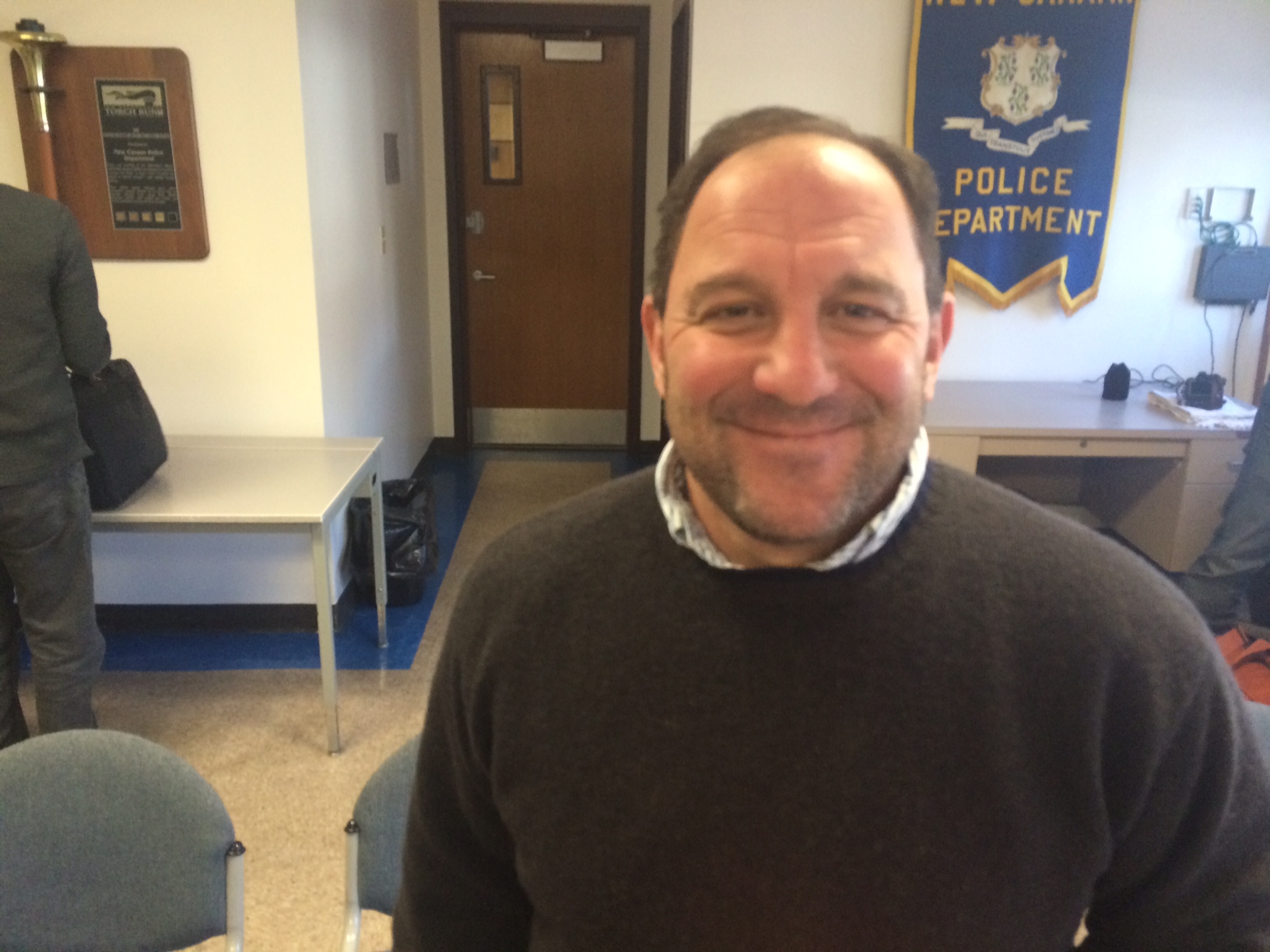 Work group member Tiger Mann, who is assistant director of the New Canaan Public Works Department as well as senior engineer for the town, said one difficulty with the stop signs on Seminary is that they likely were installed originally, and wrongly, as a way to slow down drivers. Motorists are not expecting to encounter the stop signs on Seminary—as opposed to those coming down from Oenoke Lane, who are expecting a stop sign because they face a T-junction.

Seminary is a popular cut through for people seeking to avoid train station and Elm Street traffic or to avoid downtown altogether by getting to Oenoke Ridge Road by way of Oenoke Lane.

After Leeming organized a group of neighbors to sign a petition so that the work group could advocate for a test on the road, police studied motorist behavior and found that, by and large, they aren’t speeding—though they are ignoring the stop signs. The testing was cut short by snow storms, held to four days instead of a full week, which is preferable.

Mann said a big part of what’s dangerous with the stop signs on Seminary is that pedestrians crossing the road may feel a false sense of security.

Capt. John DiFederico, a work group member, said the next step for Seminary Street residents is for police to test whether speed changes depending on the seasons.

“What we have is a stop sign problem, and really a stop sign that should not be there, since it doesn’t work as a traffic calming device,” DiFederico said. “We understand you have a problem. What the solution is, I do not know right now.”

[This article has been updated to say that the initial speed test on Seminary was done for four days.]