New Canaan public works officials are focused on securing salt for clearing roads as Winter Storm Pax bears down on the region.

The National Weather Service is calling for accumulations of up to a foot or more in New Canaan, with heavy snow and sleet falling throughout Thursday. 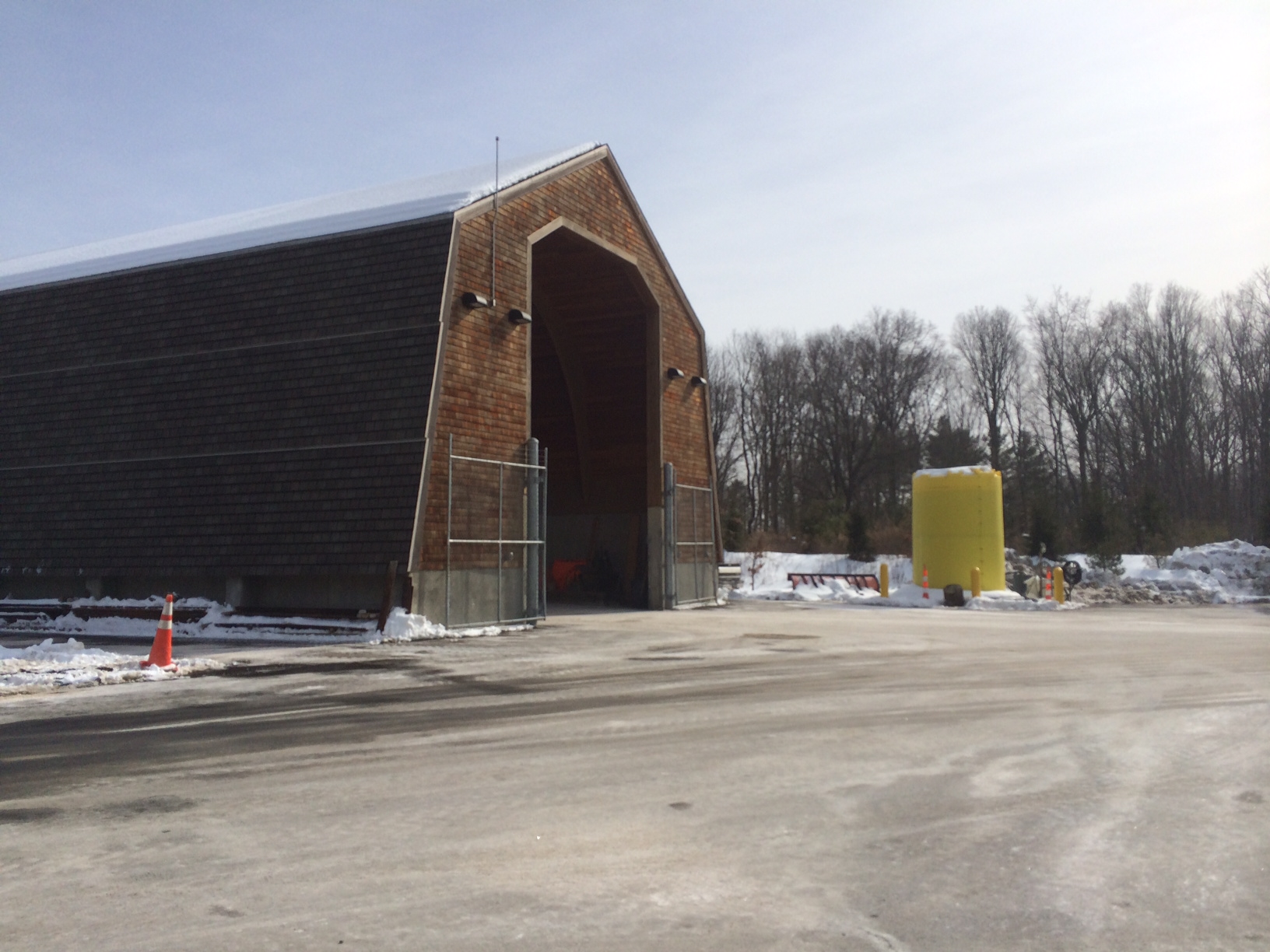 “We’re working on it,” Mann said. “Salt is at a premium right now.”

The weather service says snow will develop “late tonight and continue during the day Thursday before tapering off Thursday night.” Dangers include not just treacherous roads but also the dangers of flat rooftops and trees—many still carrying snow from last week’s storm—collapsing beneath the weight of sleet and snow.

Al Ely, assistant manger at Weed & Duryea, told NewCanaanite.com that “everything storm-related” is moving off the shelves. 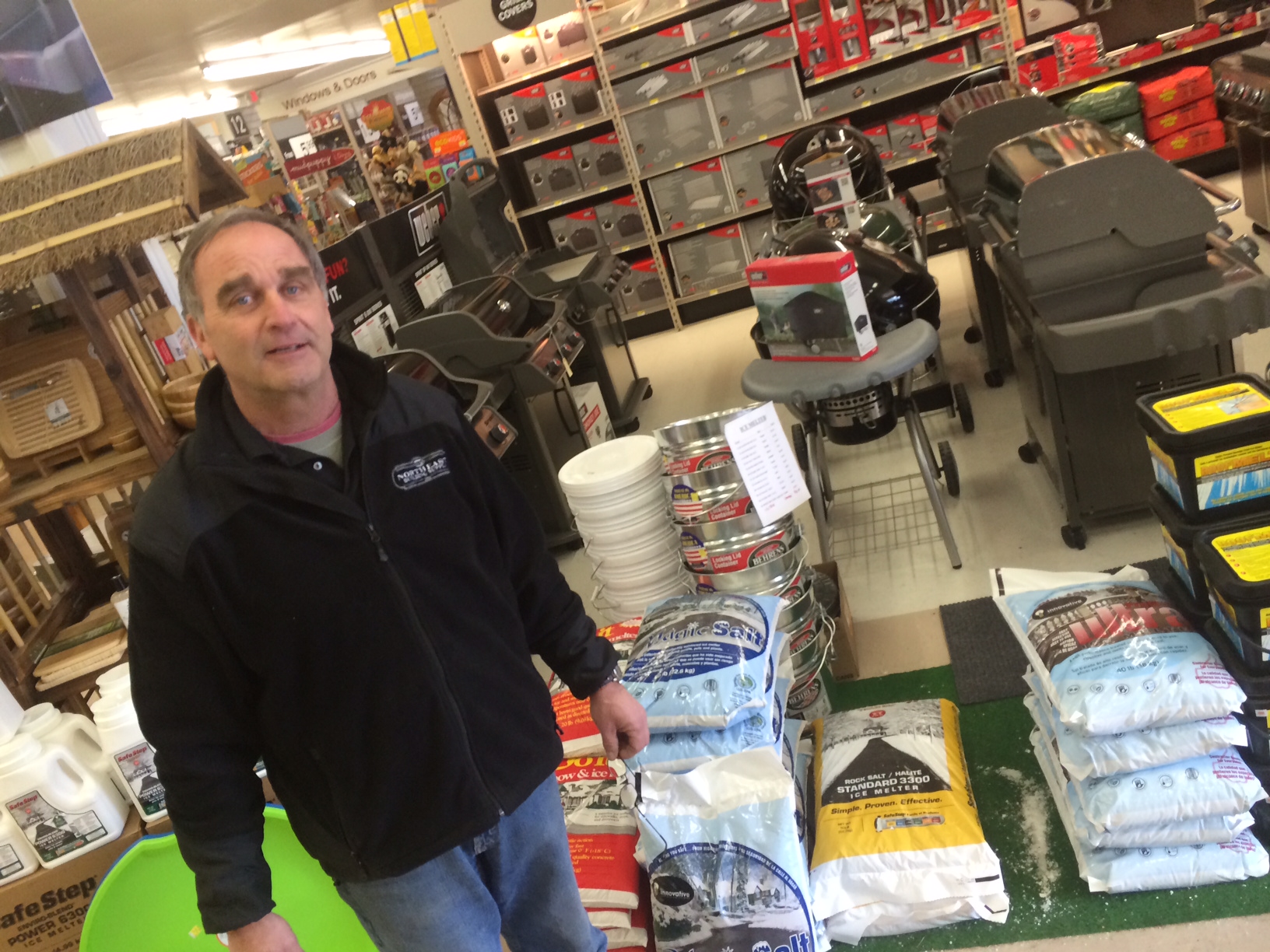 Al Ely at Weed & Duryea says the store is selling plenty of salt and already sold out of a calcium mixture. Credit: Michael Dinan

The shop has sold out of calcium salt but still has a magnesium type in stock, Ely said.

If school is cancelled as widely expected, the last day of school would be pushed to Tuesday, June 17. It would be the sixth snow day of the year.