Authorities have brought a felony-level charge of tampering with a witness against the Greenwich man who is accused of hurling expletives and racial epithets last summer—including a reference to ‘Ferguson,’ the Missouri town where an officer the prior month had shot and killed an unarmed black teenager—at a black New Canaan parking enforcement officer after receiving a $15 ticket. 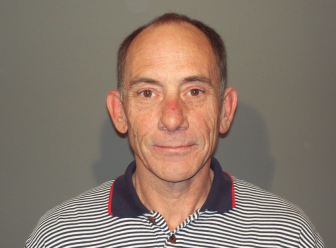 New Canaan Police originally arrested 55-year-old David Liebenguth of Cos Cob for second-degree breach of peace. In March, the state’s attorney additionally charged him with tampering with a witness. Liebenguth has pleaded not guilty to both charges. The case is on track for a jury trial and Liebenguth is scheduled to appear at 10 a.m. Thursday in state Superior Court in Norwalk.

It isn’t clear just what Liebenguth did to earn the felony charge, or with what witness he is accused of tampering or whether it resulted from something that happened in court or not. A note in his file at the courthouse said that on March 6, “David Liebenguth, believing that an official proceeding was pending or about to be instituted, did attempt to induce a witness absent himself from any official proceeding.”

The original incident occurred at about 10:43 a.m. on Aug. 28 (a Monday) in the parking lot at Morse Court, where Liebenguth had been issued a $15 ticket for parking in an unpaid space. Hours later, he told officials that he was targeted “because I’m white” and phoned the New Canaan Parking Bureau, leaving a message saying “You have a racist working for you” and claiming that the parking enforcement officer “wrote me a ticket because I’m white but let the black guy go,” according to the New Canaan Police Department’s application for Liebenguth’s arrest.

According to the application: “The male [Liebenguth] stated that it was ‘racial’ that he was issued the ticket. [The parking enforcement officer] responded to the male that he should watch what he says. The male told him it was a free country and free speech, and that he could say what he wanted to say. The male then got into his vehicle, and as he was doing so he blurted out, ‘Remember what happened in Ferguson,’ which [the parking enforcement officer] took to mean a reference to a recent police officer involved in the shooting of an unarmed black male in Ferguson, MO.”

Liebenguth then mumbled expletives and racial epithets as he drove off, circled the lot and did so again, the application said. A woman who witnessed the incident corroborated parts of the exchange, the application said, including that Liebenguth said, “You’re only ticketing me because I’m white.” She also heard the reference to Ferguson.

Liebenguth is representing himself in the criminal case. He has filed a number of motions to dismiss the case since proceedings started late last summer.

In some of them, he appears to be arguing—in language that is often dense and difficult to parse—that the tampering charge should be thrown out because he has never believed his case would go to trial, did not try to sway a witness but rather has made overtures to settle the matter out of court, and that the felony charge itself is only a scare tactic on the part of the state.

For example, part of a motion filed April 20 says: “Whereas, the false charge of witness tampering additionally charges that the defendant ‘attempted’ to induce a witness to absent himself from official proceedings. The fact is, the defendant attempted to only provide the prosecuting parties with an informed choice by disclosing and providing up front, and in full open and honest manner, his full defense position so that they can make whatever informed decision they wish based on the defense voluntarily providing the prosecuting parties its full and open defense position (a.k.a. the truth). Which has remained 100% consistent since the day this incident happened on or about 8/28/14, noting the specific word ‘choice’ has been utilized consistently throughout.”

In another section of the same motion, Liebenguth appears to be arguing that his religion prohibits him from coercing another individual and that he did not believe there was an official proceeding pending when he made an overture that resulted in the tampering charge.

“The defendant was exercising his U.S. Constitutional right(s) to freedom of religion as the defendants religious faith specifically prohibits him from attempting, or knowingly, or induced, or coerced into hurting another human being intentionally or unnecessarily … The defendants actions of attempting only to provide an informed, open, and honest choice, noting the word ‘choice’ is specifically within the communication cited, to the prosecutorial parties fulfilled his religious obligations an convictions while preserving his non-culpability to the alleged offense, or even attempting to commit the alleged offense of attempting. Therefore these charges are unprovable in a court of law, or legally exonorable as charged, under the laws of the United States Constitution [sic].”

Liebenguth continues in his motion to dismiss: “Supporting proof: Gregorian Calendar; a.k.a. Western Calendar; a.k.a. ‘Christian Calendar’: Whereas, the date of a non-believed (by the defendant) trail proceeding, as charged, had already past (March 12th, 2015), and in fact there was no trial proceeding(s) on that date, the defendants non-belief in a trail on that date was/is supported as fact by the Christian Calendar, and history. Thusly; this charge is unprovable in a court of law without the prosecution presenting evidence in the form of a time machine that must specifically work in the reverse mode to repeat history.”