Thousands of auto enthusiasts and local residents headed to downtown New Canaan Sunday morning for the first of four Caffeine & Carburetors shows planned for 2019 (click album above for photos). 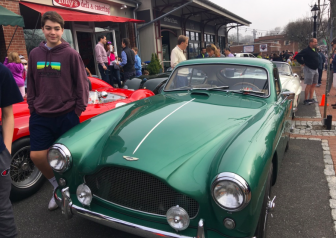 Those attending the popular gathering of speciality and classic autos on Pine and Elm Streets snapped photos on a clear, warm day.

“The weather first of all worked out real well—a little nervousness about that, but the automotive gods were looking out for us,” Zumbach’s Gourmet Coffee owner and C&C founder Doug Zumbach, a New Canaan resident, said of the show. “The content is great—some fantastic people brought some very rare cars to the show. Great turnout. Just a lot of fun.” 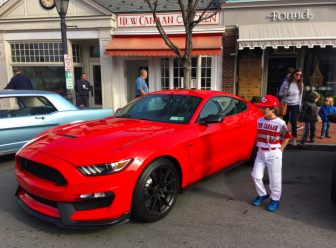 The Community Emergency Response Team and C&C volunteers bolstered the efforts of New Canaan Police to direct pedestrian and motor vehicle traffic and ensure the event ran smoothly and safely, as always.

Several local and area nonprofit organizations set up tents along the sidewalks to promote their efforts. 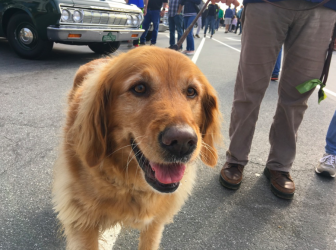 Caffeine & Carburetors will be held twice more downtown this summer—on May 19 and Sept. 15—before wrapping up the season at Waveny on Oct. 20.