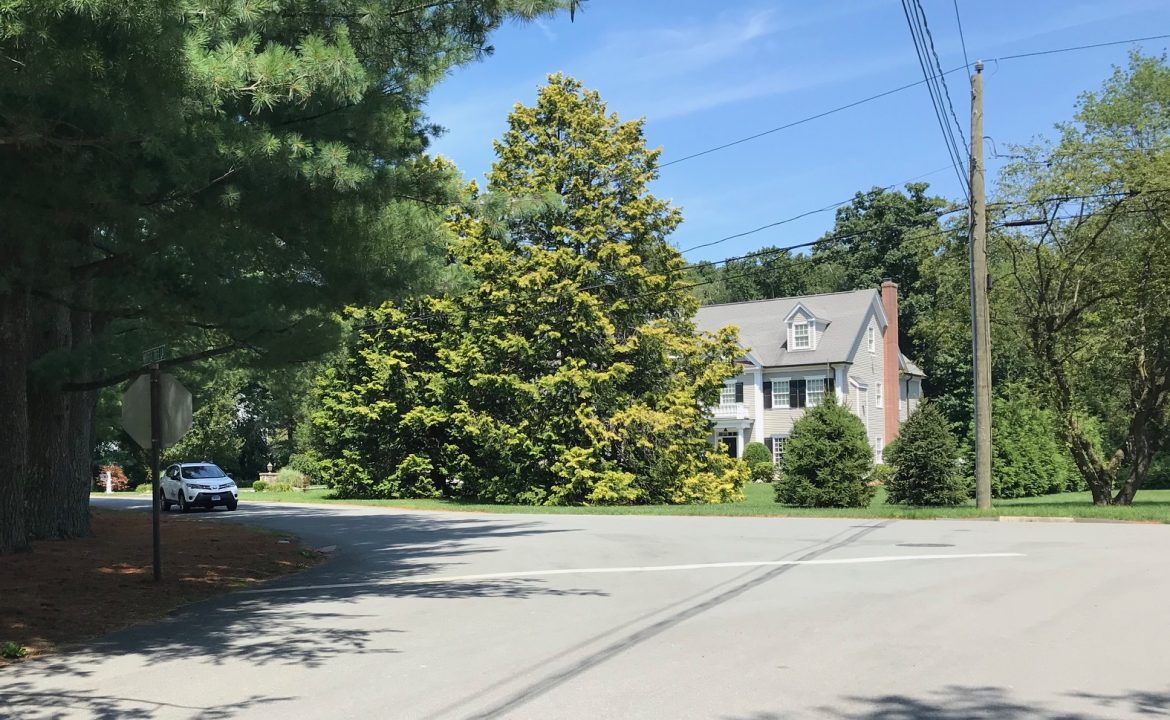 Town officials said last week that they’ll study traffic at an intersection in the “South of the Y” neighborhood that’s become busier during the morning rush as a result of New York City-bound motorists seeking back-road shortcuts.

New Canaan Police Deputy Chief John DiFederico said he received a request for an additional stop sign at Conrad Road and Whiffle Tree Lane. As it is, only motorists on Whiffle Tree have a stop sign as the approach the intersection.

“That area does get quite a bit of cut-through traffic, at least Conrad Road does, particularly in the morning, that traffic trying to avoid Gerdes and the traffic light [at South Avenue],” DiFederico said during a July 13 meeting of the Traffic Calming Work Group. The team of police, fire, public works and parking officials field requests for traffic calming and make recommendations to the Police Commission.

“It is a very wide intersection, too, so I don’t know what we could really do there,” DiFederico said at the meeting, held via videoconference. “We may just kind of have to evaluate and put traffic counters out there and see what we have for volume. And things are kind of way out of normal right now, so I am kind of hesitant to do anything right now.”

Public Works Director Tiger Mann said it would be difficult to install a stop sign that motorists would adhere to. He called for data on motorist speeds and volumes prior to making a recommendation. It’s difficult to know what those figures were like pre-COVID-19 virus, he said.

“I know that Elm Street and Lumberyard parking lot were virtually empty this morning, so that is kind of the marker for the rest of the town,” Mann said. “But maybe we hold off a little bit and try to put those counters out and see what happens as people get back into town and things get a little bit closer to what’s normal.”

DiFederico added that he received a complaint from a Whiffle Tree resident regarding speeds and traffic, especially in the afternoon.

“I will try to get the traffic counters out there sooner than later, just so we can get a baseline and see where we are at right now,” he said.