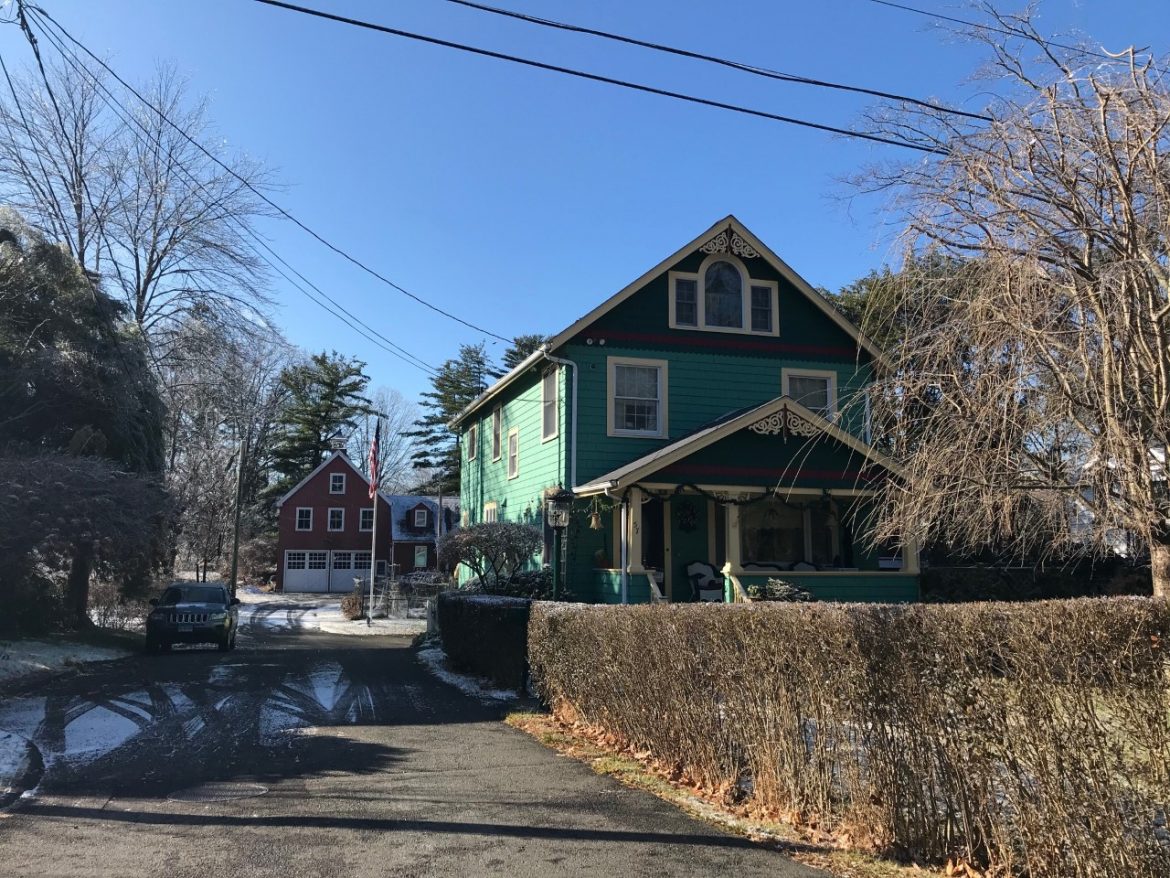 Saying the homeowners themselves should’ve taken preventative measures, the town this week denied claims that its failure to maintain a stormwater drainage system resulted in property damage following heavy rainstorms.

In answering a lawsuit filed in state Superior Court on behalf of the owners of 57 and 59 Park Place, a Hartford-based attorney representing the town said Tuesday that the plaintiffs “were negligent, careless and did not take reasonable steps to prevent water from entering their home, including but not limited to their failure to install a proper drainage system and their failure to install preventative measures in the one to protect against the infiltration of water.”

They also “failed to properly grade or re-grade their property or utilize drainage swales to prevent water from accumulating and infiltrating the property during storms,” according to the answer, filed by attorney Thomas Gerarde of Howd & Ludorf LLC.

The plaintiffs “failed to have proper and adequate drainage and/or drainage systems including but not limited to sump pumps, floor drains, drainage swales and other preventative measures installed on around or near the home,” the answer said.

In suing the town in December, the homeowners said they’re seeking monetary damages and costs because the town knew from a prior rain event that the stormwater drainage system had problems, “including the insufficient size of the drainage pipe and the need to keep it free from obstructions.”

Yet those deficiencies weren’t fixed, according to the suit—filed by attorney Matthew Mason of Wilton-based Gregory and Adams PC, and so during a heavy rainstorm on June 28, 2018 “the stormwater drainage system again failed and backed up, resulting in flooding and causing substantial damage to the plaintiffs’ home, belongings, and property.”

“As a result of the above referenced conduct, the plaintiffs live in constant fear that the stormwater drainage system will fail and their property, home and belongings will be damaged,” Mason said in the complaint. “Plaintiffs have had to spend considerable sums of money to install sumps with flood control alarmed pumps and take other steps to try and protect their property from the inevitable harm they will suffer due to the inadequate stormwater management system.”

In answering the complaint the town cites both the statute of limitations and doctrine of governmental immunity, denying that New Canaan “was on notice of the inadequacies of the stormwater management system and the considerable risk of damage to homes and property of residents served by the stormwater drainage system.” Gerarde also denied on behalf of the town that New Canaan “was on notice that if it failed to address the deficiencies and inadequacies in the stormwater drainage system there was a substantial likelihood damage would occur to the plaintiffs’ property (and others) during heavy rainstorms.”

On the same day he filed the town’s answer and special defenses, filed a claim for jury.