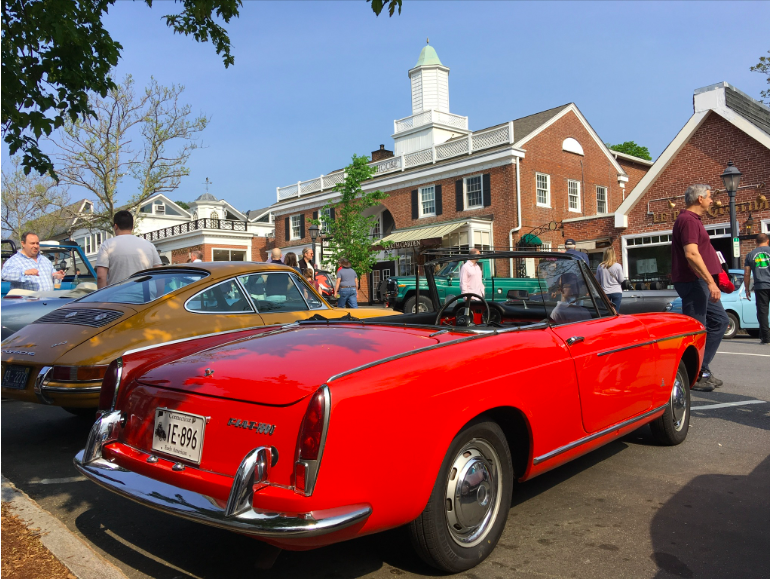 For the first time in two years, the grassroots antique and speciality car show that’s drawn thousands of attendees to New Canaan in the past is set to return next month to the downtown.

‘Caffeine & Carburetors’ will be held Sept. 12 on Pine and Elm Streets, following approvals this week by health and other municipal officials.

“it will definitely be a big show,” said Doug Zumbach, owner of the eponymous coffee shop at Pine and Grove Streets where Caffeine & Carburetors was founded. “So I’m really excited. I am excited for the town and encouraging all residents to come. It will be a fun day.”

The Parks & Recreation Commission voted unanimously in June to approve an Oct. 17 Caffeine & Carburetors at Waveny. All four installments planned for 2020 were canceled due to the pandemic.

Restrictions on outdoor events that had been put in place by executive order of Gov. Ned Lamont lifted May 20.

New Canaan Health Director Jenn Eielson said the that although the town is taking everything week-by-week, “as of right now it is an outdoor event, it is a large area of the downtown to really spread out, so right now we are not really concerned about transmission.”

“As of right now we do not see an issue with an outdoor event downtown,” Eielson said.

Zumbach said he had been on the fence earlier this month regarding a September gathering, “but after talking to the Health Department and they mentioned that being outdoor event, people are in motion, which is interesting, and even in September if there’s a breeze it all helps to make a safer environment.”