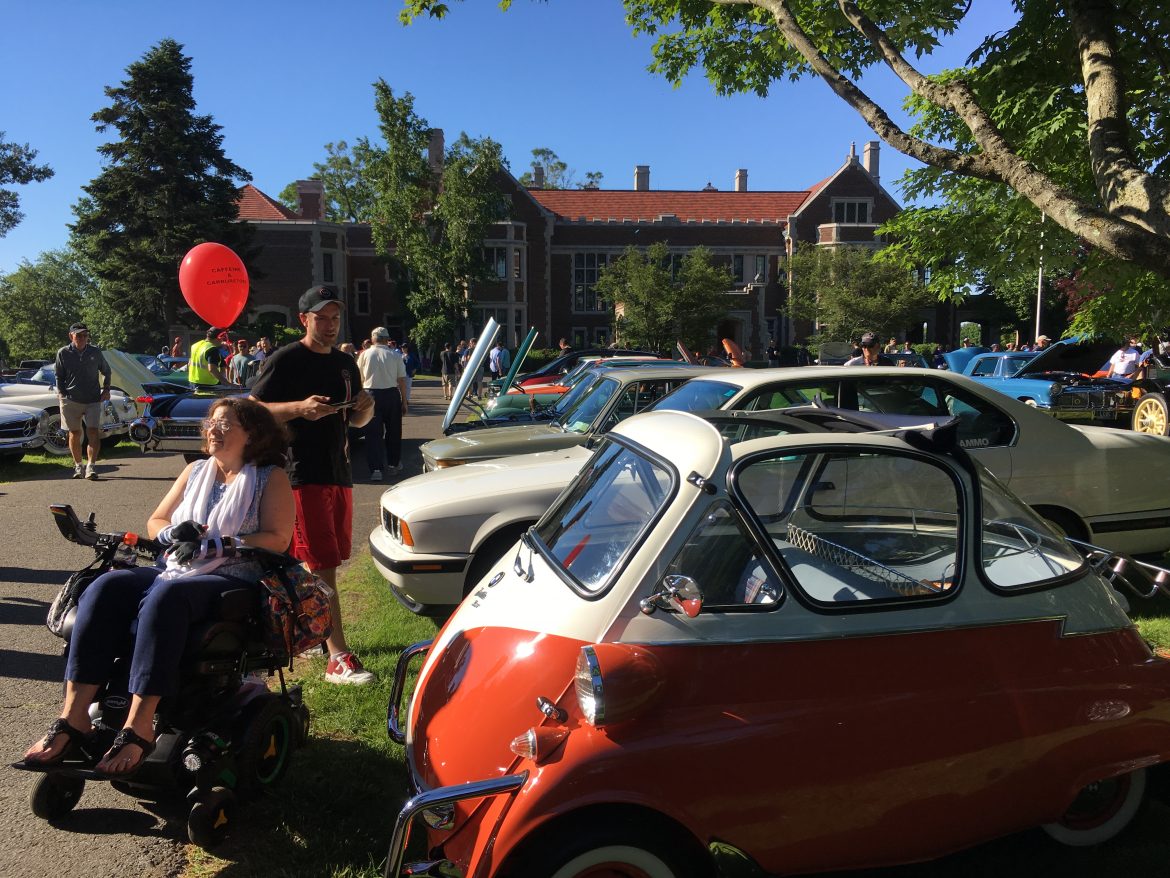 After all four installments of a popular antique and specialty car show were canceled one year ago due to the pandemic, parks officials on Wednesday night approved ‘Caffeine & Carburetors’ for Oct. 17 at Waveny.

It’s founder and organizer, New Canaan resident Doug Zumbach, owner of the eponymous coffee shop at Pine and Grove Streets, “always does such an amazing job, and all the events that he has had in the past have been pretty problem-free,” Parks & Recreation Commissioner Laura Costigan said during the appointed body’s regular meeting, held via videoconference.

“And I can’t think better way keep jumpstarting things after the pandemic than approving” the event, she said.

The Commission voted 11-0 to approve it.

Zumbach in proposing the event—and also noting that he hoped in the future for a possible Sept. 12 event (likely downtown)—said he personally felt “that we as a community really need to have some things to look forward to.”

“I am really happy to hear the fireworks are going through,” he said, referring to a July 3 Family Fourth that organizers are marketing as residents-only. “We had a very successful 2019, we had a very successful four events that we held and then unfortunately the pandemic hit in 2020, where I personally canceled all four scheduled events we had. Things are looking better but I still chose to cancel the first two events of this year, 2021. But I am still looking forward to having possibly the Sept. 12 and Oct. 17 events for the town.”

Zumbach said he planned to have about 30 to 35 volunteers helping run the event, in addition to police.

Recreation Director Steve Benko said parts of the forecourt at Waveny should not be used for parking cars this time around due to new plantings and installed sprinkler heads.

The commissioners asked what has the response been like from police (no problems, this year C&C will have four or five officers where in the past it had two or three) and whether in the past half of the event’s cars were parked in the forecourt (no, less than that, though it was used as a marquis area with the backdrop of Waveny House).

Hawkins, attending his first Parks & Rec meeting since a May 31 arrest in a domestic incident, asked Benko during the Caffeine & Carburetors discussion, “Just wanted to make sure, Steve, so you were saying that you do not foresee any issues, so if we went ahead and passed this it wouldn’t later on come back and need to be changed?”

First Selectman Kevin Moynihan had said this week that he planned to meet Tuesday with police to discuss Hawkins’s arrest in more detail prior to making any decisions regarding his status on Parks & Rec.

Asked before the Parks & Rec meeting about the upshot of that meeting with police, Moynihan said, “I didn’t meet with the police yet. It hasn’t gotten scheduled. I’m waiting for them to get back to me and tell me when.”

Hawkins faces a charge of disorderly conduct. A 67-year-old woman, Judy Hawkins, also was charged with the disorderly conduct following what police called a “domestic dispute” that involved both of them and a third occupant of the Hawkins’ New Norwalk Road home.

It’s not clear what the dispute was about, whether it turned physical or who the third person involved is. Police withheld details, saying it’s a domestic matter. Under state law, a person is guilty of disorderly conduct when he or she, “with intent to cause inconvenience, annoyance or alarm, engages in fighting or in violent, tumultuous or threatening behavior; or by offensive or disorderly conduct, annoys or interferes with another person,” among other reasons.

Hawkins has not yet pleaded and is scheduled to appear July 28 in state Superior Court. Hawkins told NewCanaanite.com that he should continue to serve on the Commission. Moynihan said he heard from Siegel and others on the matter. Asked by NewCanaanite.com about it, Siegel said Hawkins should step down. His arrest was not mentioned at Wednesday’s meeting. According to Connecticut Judicial Branch records, Hawkins also was charged in February 2020 with second-degree breach of peace and reckless driving.

Apart from asking the question he put to Benko, Hawkins was silent during the Parks & Rec meeting. He could be seen nodding during a separate discussion regarding the best way to replant a Japanese maple tree.