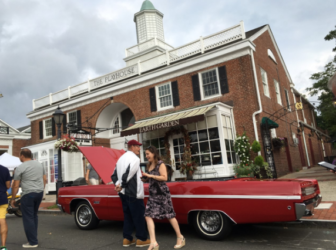 “We are deciding to come back this year after taking a year off,” Zumbach told commissioners at their regular meeting, held in Lapham Community Center.

New this year, Zumbach said, will be an online registration system for car owners seeking to participate in the show, possible mobile app, increased insurance policy for the event (doubled to $2 million) and lecture series at New Canaan Library that touches on topics such as car restoration and teenage driving. 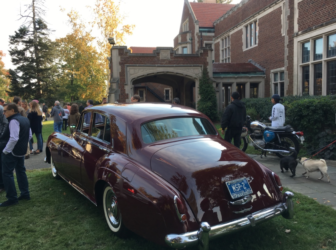 Parks & Rec is expected to vote formally on the requested Waveny dates at its Feb. 14 meeting. Zumbach said he’s reviewed downtown dates with the Police Commission, New Canaan’s traffic authority and the municipal body that handles road closures, as well as Tucker Murphy, executive director of the New Canaan Chamber of Commerce, and Tom Stadler of the first selectman’s office, who runs an administrative team that tracks and scheduled large community events to make sure there are no conflicts. 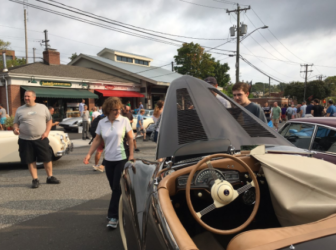 Commission Chair Sally Campbell said one concern regarding the Waveny event was the number of those in attendance.

“The park is not enormous,” she said.

Recreation Director Steve Benko said the issue is not with exhibitors but with those seeking to attend the gathering as enthusiasts.

Zumbach noted that the new registration system he is introducing will apply to cars registering for the Caffeine & Carburetors, not people in New Canaan who are walking in, for example, from the high school.

He founded Caffeine & Carburetors and has organized it since 2010 with town resident Peter Bush, known to locals as a longtime radio host on 95.9FM The Fox, and Todd Brown of 109 Cheese & Wine in Ridgefield. 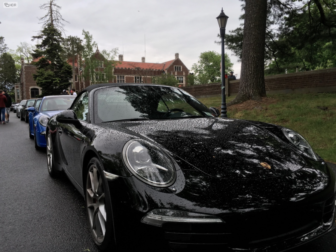 Scenes from the May 22, 2016 Caffeine & Carburetors at Waveny. Credit: Michael Dinan

They had hit pause on the event after a wildly popular 2016 season, punctuated by the largest-ever Caffeine & Carburetors, which drew an estimated 1,300-plus people to Waveny that fall, and calls from parks officials to track and control its size more closely.

Police and recreation officials have said the event is operated smoothly and safely by trained volunteers. It’s been held four times per year since 2014 and returned for one date last year in September.

In April 2014, the event outgrew Pine Street and expanded to encompass the one-way stretch of Elm Street—an evolution that seemed to benefit eateries in the business district. It became a practical challenge to hold the event there six times per year, and town officials agreed to try it out at Waveny on a trial basis six months later. 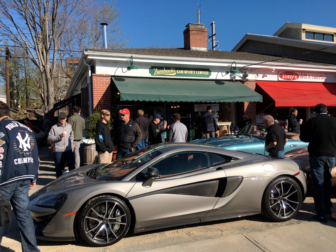 Since then, Zumbach has searched for ways to use the popular event to benefit the community, such as by taking in donated items for the New Canaan Food Pantry and donating to the Waveny Park Conservancy. Bankwell emerged as a sponsor of the events.

Campbell said that she’s seeking a way to have “a bit more control” over the number of attendees at Waveny.

Prior to next month’s meeting, Campbell said, she would work with Benko to “come up with what we think is manageable.”