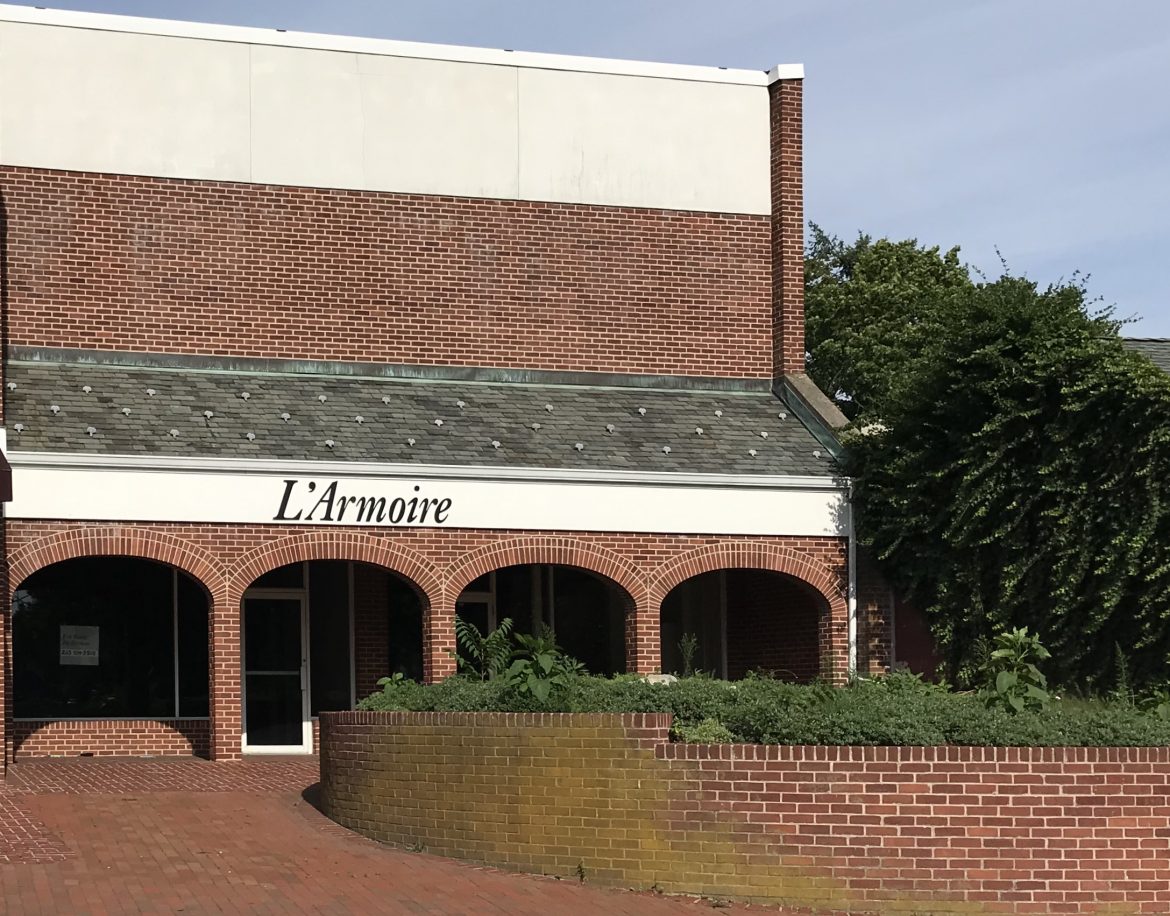 A pilates studio is planned for a commercial space in downtown New Canaan, according to an application that is to come before the Planning & Zoning Commission on Tuesday.

Core Burn Pilates is to be located in the former L’Amoire space at 102 Park St., according to applications for approval of a sign out front of the prominent brick-exterior building and site plan to allow a change in use from retail to personal services.

According to a narrative filed on behalf of property owner Caroline Realty LLC, nothing is changing with the building and the new tenant will have access to a large parking lot off of Cherry Street.

The space had been occupied by L’Armoire for 34 years, according to the narrative from the LLC’s managing partner, Rob Mallozzi.

“Last July I received a call from a neighboring businesses alerting me to moving vans outside of that location; the tenant moved out without a word leaving a year left on the lease,” Mallozzi said in the letter.

“There will be an interior remodeling reflecting the Pilates usage and the tenant will devote the mandated location and percentage of the space to retail merchandise,” Mallozzi said.

According to its assessor field card, the property is located in the Retail A zone. Under relatively new provisions of the New Canaan Zoning Regulations, service establishments are permitted in the zone so long as a retail component faces the street, among other requirements (see page 74).

The applicant listed on the package sent to P&Z is Tamara Slupchynskyj.

She is owner of Core Pilates, which has locations in Norwalk and Greenwich as well as Rye, N.Y., according to the business’s website.

P&Z is scheduled to take up the application at its 7 p.m. meeting Tuesday.