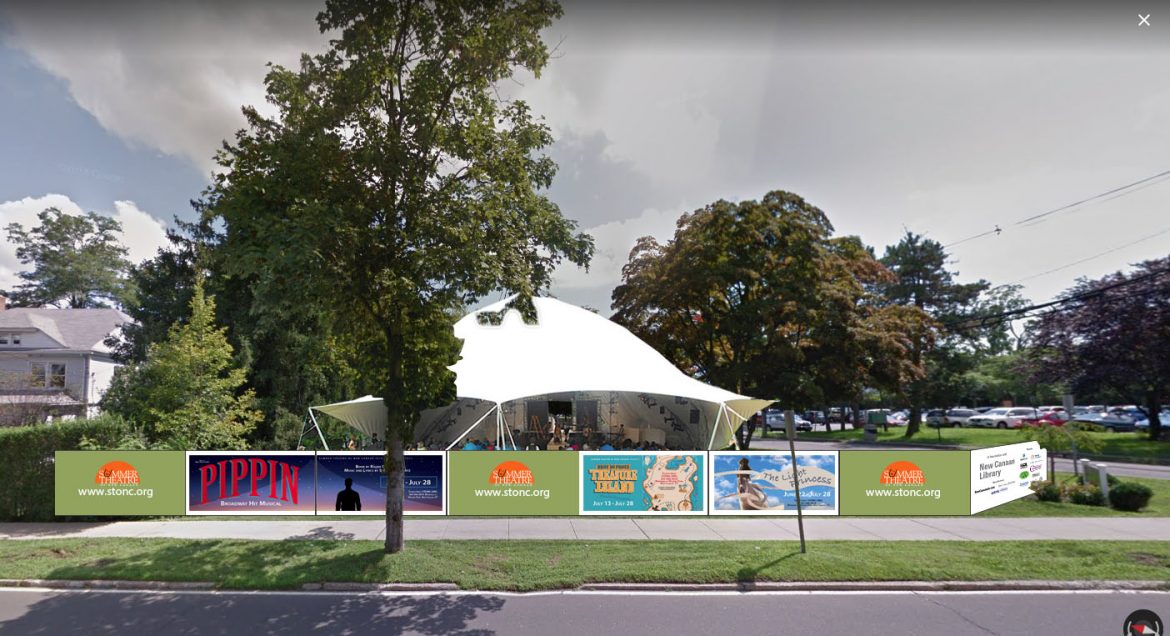 A rendering of Christine's Garden for STONC's production of "Pippin" this summer.

Disputes where police are called are up “substantially” in 2019, Police Chief Leon Krolikowski said Wednesday night during a regular meeting of the Police Commission, from 13 at this time last year to 20 so far in 2019.

An attorney representing Hamptonite women’s clothing shop on Elm Street filed a motion to dismiss an eviction suit brought on behalf building’s owners. According to the motion, a marshal serving eviction papers “failed to leave the notice at the premises or with an authorized person.” 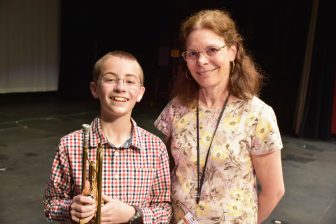 Congratulations to Saxe Middle School sixth-grader Timothy Orelup, a trumpeter whose original musical composition, “Prisoners of Davy Jones,” will be played during the school band’s Spring Concert at 7 p.m. Wednesday. One quote from Saxe music teacher Janet Rosen on the young prodigy: “In all my 30-plus years of teaching, I have never had a student who could compose at his level.”

Swirl frozen yogurt shop on Cherry Street and Gelatissimo gelato on Forest Street both aced recent health inspections by the town, scoring 97 and 96 out of 100, respectively, during unannounced visits from a municipal sanitarian.

Superintendent of Schools Dr. Bryan Luizzi said the district saw “strong participation” in its survey related to school start times. More than 300 parents had responded through May 2. The survey closed Monday. 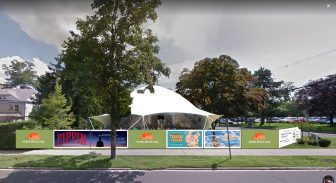 A rendering of Christine’s Garden for STONC’s production of “Pippin” this summer.

The Summer Theatre of New Canaan will open its 2019 season at Christine’s Garden on New Canaan Library property at South Avenue and Maple Street with “Pippin” on July 5.

Volunteers are needed to help place flags by the gravestones of veterans in Lakeview Cemetery, as part of VFW Post 653’s efforts each Memorial Day and Veterans Day. Meet at the cemetery at 8 a.m. on Saturday, May 25 to help out. Coffee and donuts will be served. 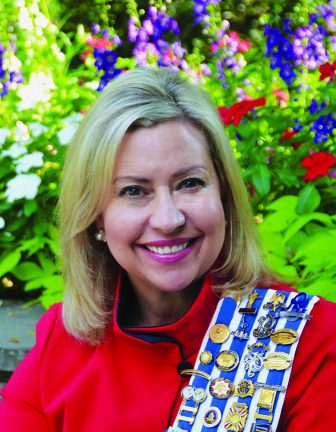 Nebraska native and longtime town resident Lisa Melland, regent of the Hannah Benedict Carter Chapter of the Daughters of the American Revolution, will serve as grand marshal for the Memorial Day Parade. A past recipient of a “Volunteer of the Year” Award from New Canaan CARES, Melland earned a bachelor’s degree in economics from the University of Pennsylvania’s Wharton School of Business, was elected president of the American Marketing Association, Wharton/Penn Chapter, and worked as a marketing executive with Clorox and Kenner Toys (Star Wars). A parishioner at St. Mark’s Episcopal Church, she has been married to her husband Scot for 30 years with two daughters, Katie and Lydia. 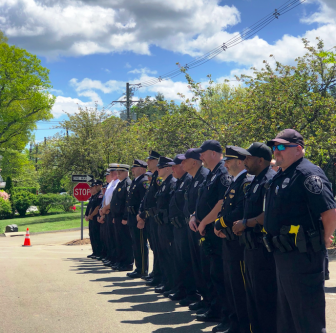 New Canaan Police on Wednesday honored two officers who died in the line of duty, Chief Constable Louis Drucker who was shot to death by a bootlegger on Jan. 25, 1888, and Officer James Martin, who died during a fierce summer storm on July 24, 1991. “We honor their ultimate sacrifice and express our sincere condolences to their grieving families, friends, fellow officers and loved ones,” Krolikowski said during a memorial ceremony outside police headquarters that also marked Peace Officers Memorial Week. “Police officers are ordinary people who are at times required to exhibit extraordinary courage in the pursuit of their mission to safeguard the lives of the citizens they serve.”