Ed Vollmer, a member of the appointed Historical Review Committee, during a discussion Thursday of the group’s responsibility to create an update a “Historic Resource Inventory” of New Canaan—a listing of structures here with historical significance—said the document wouldn’t be public. Saying he had been approached by Realtors in the past about such a listing, Vollmer recommended the Inventory be kept at the New Canaan Historical Society, rather than online, forcing those wishing to see it to go there. “It is available to public if they want to go get it, but I don’t want to make it easy,” he said. Here’s that section of the meeting:

First Selectman Kevin Moynihan said Monday during a meeting of the Selectmen’s Advisory Committee on Buildings & Infrastructure that he has an “unusual sleep cycle” and typically awakens between 3 and 4 a.m. 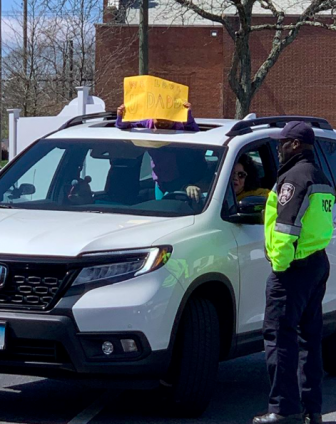 New Canaan Police shared this photo and message Thursday through the department’s Instagram account, showing the family of Officer Rex Sprosta visiting him on the job with a sign saying “We love u Dad”: “During these unprecedented times in our town, country and world one thing is known, the women and men of the New Canaan Police Department are here for all of our residents. We are dedicated to providing the best service possible under these very stressful times. This picture captures a great moment when Officer Sprosta was greeted by his loved ones while serving the community of New Canaan. On behalf of the New Canaan Police Department please adhere to social distancing and the use of masks in public to help all of us to stay healthy for our families!”

Franco’s Wine in a newsletter that went out Thursday recommended a number of wines to pair with “At-Home Meals,” including roast chicken, burgers, fish and seafood stir fry.

Police reported Wednesday that motor vehicle violations in March declined year-over-year from 414 to 138 while traffic complaints were reduced by nearly half in the same period, from 23 to 12.

Four new members of the New Canaan Police Department are nearing the end of their field training and are expected to start working on their own toward the end of May, Chief Leon Krolikowski said Wednesday. Officers Emily Clark, Erin McCarthy, Joe Schinella and Giancarlo Vincenzi graduated from the Academy last summer. 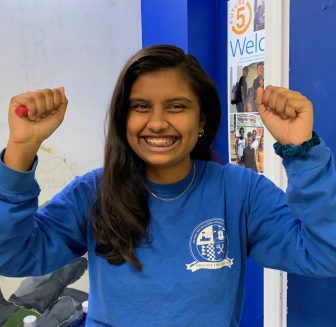