New Canaan Police said that at 9:02 a.m. Wednesday a 2019 Volvo SUV was reported stolen from a Rosebrook Road home. Unlocked with a key fob inside, it was later recovered in Waterbury. At 12:23 p.m. that day, a 2016 Ford SUV was reported stolen from a Parade Hill Road driveway, while another vehicle there was entered and cash stolen from inside, according to Police Chief Leon Krolikowski. Both vehicles were unlocked, and the owner didn’t know whether the key was left inside the stolen SUV or if someone took it from an unlocked mudroom door, the chief said.

New Canaan CARES Executive Director Ellen Brezovsky posted Thursday on the nonprofit organization’s Facebook page that it was her last day there. She had started in the position about two years ago.

The town on April 21 received an after-the-fact building permit application for about $50,000 of work done at 713 Silvermine Ave., according to a copy of the application. The job involved converting a patio to year-round use as a sun room, partially finishing a basement as a playroom, installing air conditioning and replacing a boiler.

Congratulations to 2015 New Canaan High School graduate Lucas Niang on being drafted in the third round by the NFL reigning Super Bowl champion Kansas City Chiefs:

We’re so excited to have Lucas be a part of our team! pic.twitter.com/zNvHAIcX4E

New Canaan as of Wednesday evening had 186 positive cases of COVID-19 virus and 23 people who have succumbed to coronavirus disease, according to Emergency Management Director Mike Handler. 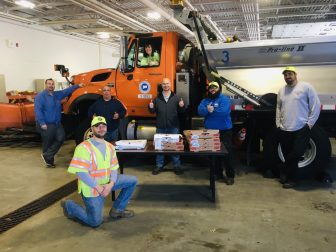 Joe’s Pizza last week delivered food to workers in the the state Department of Transportation garage off of Gerdes Road.

Police at 2:02 p.m. Sunday cited a 26-year-old Norwalk man for marijuana-related infractions after someone complained about loud music coming from a parked car in the area of 144 Summer St. 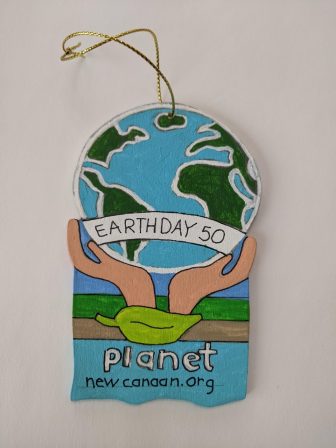 Among this year’s hand-painted New Canaan Ornaments is one marking the 50th anniversary of Earth Day along with Planet New Canaan. The $20 ornaments will be on sale later this summer through the New Canaan Museum & Historical Society.

Finally, New Canaan nonprofit organization Filling in the Blanks is getting help in its fight against childhood hunger during the COVID-19 crisis from businesses including Culinary Works, DEANE, Inc and Wagon Wheel Fine Wines & Spirits. “Cooking and Cocktails for a Cause” will be held at 6 p.m. Saturday in DEANE’s Stamford showroom. It’s Mexican-themed cooking and cocktails class featuring three of Culinary Works’ signature recipes along with a demonstration on how to make the perfect margarita from Wagon Wheel. Registrants will receive all the recipes in advance so they can follow along at home. Interested participants are asked to make a $75 donation to Filling in the Blanks, which will provide 57 meals for kids or 15 weekend meal bags. More information is available here and registration is here.