New Canaan Police are investigating the theft of a package containing an iPhone, reported stolen from a Brushy Ridge Road home at 8:16 a.m. on June 3.

The new softball batting cages at Waveny are back up and running after Eversource inadvertently dug through some wires, Parks & Recreation Director John Howe said Wednesday.

Police are investigating the theft of a wallet, stolen from a purse left near the gym at the YMCA, reported at 8:53 p.m. on June 2.

The Board of Selectmen on Tuesday appointed Christy Bonner as an alternate member of the Zoning Board of Appeals.

Put it in your calendar: The New Canaan Fire Department is holding an educational event form 1 to 3 p.m. June 15 on Elm Street. 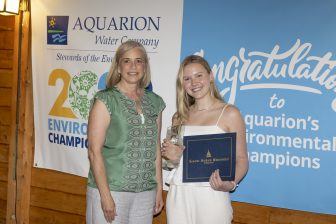 Here are some more local events worth booking:

Police in the past two weeks received reports of motorists passing stopped school buses as follows: 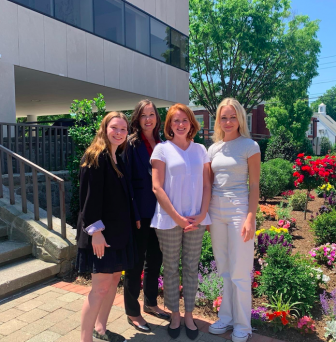 Bankwell is supporting LiveGirl’s SHE WORKS program, which helps young women with career-readiness skills and connects them to internships at companies with strong female leadership. This year’s group is comprised of 100 diverse college-aged women, including 74% women of color. Bankwell hired paid interns for this summer’s program. “We are thrilled that SHE WORKS interns have joined us,” Bankwell Director of Human Resources Courtney Biernesser said in a statement. “What better career experience for them than to be part of a high performing, diverse organization where they will witness women leadership in action. We’re excited about working together and learning from one another.” 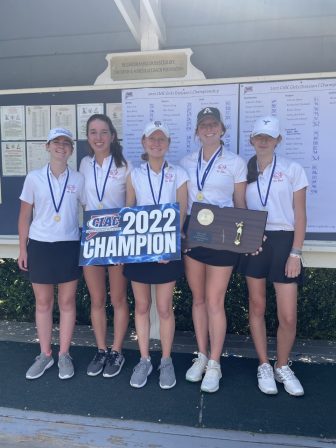 The NCHS Girls Golf team just completed an undefeated season with winning its 5th straight FCIAC title with a 9 stroke win over 2nd place Greenwich in horrible weather conditions, last Thursday at Fairchild Wheeler. Sophomore Amanda Vigano was medalist with an 83. To top it off, they won their 4th state title in 5 years, by a 28 stroke margin also over 2nd place Greenwich, on Monday at Tashua Knolls Golf Course in Trumbull. Senior Molly Mitchell earned medalist honors with a 75. Vigano shot a 79, while Sofia Carlberg and Faith Hobbs came in with matching 85s. Carielle D’Elisa also competed for the Rams. Also, for the second year in a row they, along with the NCHS Boys Golf team, qualified for the National Invitational Golf Tournament in at Pinehurst. The girls’ tournament will be played June 27 to 29, while the boys will be competing July 11. 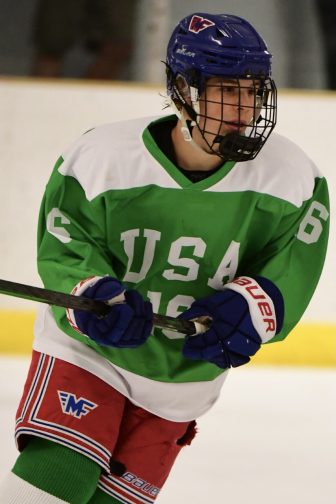 Finally, congratulations to New Canaan resident Walker Bright, who will attend the USA Hockey National Development camp this summer. A member of the 2006 birth year group, he’s representing the New England District for the second year in a row. Bright grew up at the New Canaan Winter Club and plays for Mid Fairfield. He currently attends Berkshire School and is a 2021 graduate of New Canaan Country School.