Donal C. O’Brien, III died peacefully, surrounded by his family, on November 24, 2022, after a courageous 10 year battle with a progressive neurological illness. 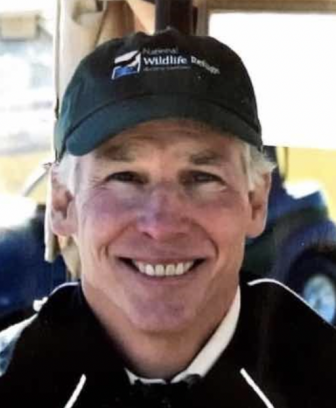 Don was a longtime resident of New Canaan, Connecticut, where he moved with his parents in 1959 and where he returned in 1991 with his wife, Carolyn, to raise their family. He was the eldest child and only son of Katharine and the late Donal C. O’Brien, Jr. He was educated at the New Canaan Country School and the Hotchkiss School, and a graduate of Dartmouth College, and NYU Stern School of Business.

After graduation from college, Don began his career in real estate joining the Trammel Crow Company. Over the years, he worked in brokerage, consulting, and asset management at Cushman Wakefield, CBRE, and Heitman Properties (Kennedy-Wilson), where he was a member of the firm’s acquisition and disposition team. He co-founded CIT’s Commercial Real Estate Group, was Executive Vice President at Collins Enterprises, and the founder of Entry Point Capital.

A passionate conservationist, Don supported numerous environmental organizations. He was most devoted to the National Wildlife Refuge Association, where he served as Board Member and its Chairman. During his tenure, he helped raise the association’s endowment and public awareness. In 2015, the board established an endowment to support The O’Brien Prize, an annual award for Refuge Friends Groups, named in honor of Don for his dedication to the Association and his appreciation of the important role of Friends Groups, as ambassadors for the Refuge System.

Don was an avid outdoorsman and skilled sportsman, whose special interests were upland bird and waterfowl hunting, fly fishing and surfcasting, activities he learned at an early age from his father and grandfather. He was a gifted and tenacious lifelong athlete, excelling at ice hockey, football, and lacrosse, captaining all three of these varsity teams at the Hotchkiss School and continuing to play hockey at Dartmouth College, where he twice joined his team at the NCAA Frozen Four. He later played in the European Pro League and with the St. Nick’s Hockey Club.

His favorite activities included skating with his many friends at the New Canaan Winter Club, salmon and trout fishing in the solitude of rivers, upland bird hunting in New England with his beloved dogs, and fishing from his boat with his family in Nantucket Sound. In the last active years of his life, he chose to spend time in places where he could fish and be in the company of his family and close friends.

Don embraced his pursuits and continued to strive for more knowledge and improved skill, never settling on what he had accomplished or mastered. Without bravado, he had the ability to share his talents and his deep interests to elevate and enrich the experience of others. Whether volunteering his time, playing a sport, working in business, or in the company of his friends and family, Don was a leader and trusted friend, who led by example through dedicated hard work, determination, and humble service. Don’s legacy is the impact he had on the people he knew and on those with whom he worked and played. Through his quiet leadership and modesty, he demonstrated a life of integrity and was an example to many.

A memorial service will be held at 11:00am, on December 9, 2022, at The First Presbyterian Church, New Canaan, CT. In lieu of flowers, please consider donations to the National Wildlife Refuge Association “Donal Clare O’Brien, III.”

[This obituary appeared on Legacy.com.]