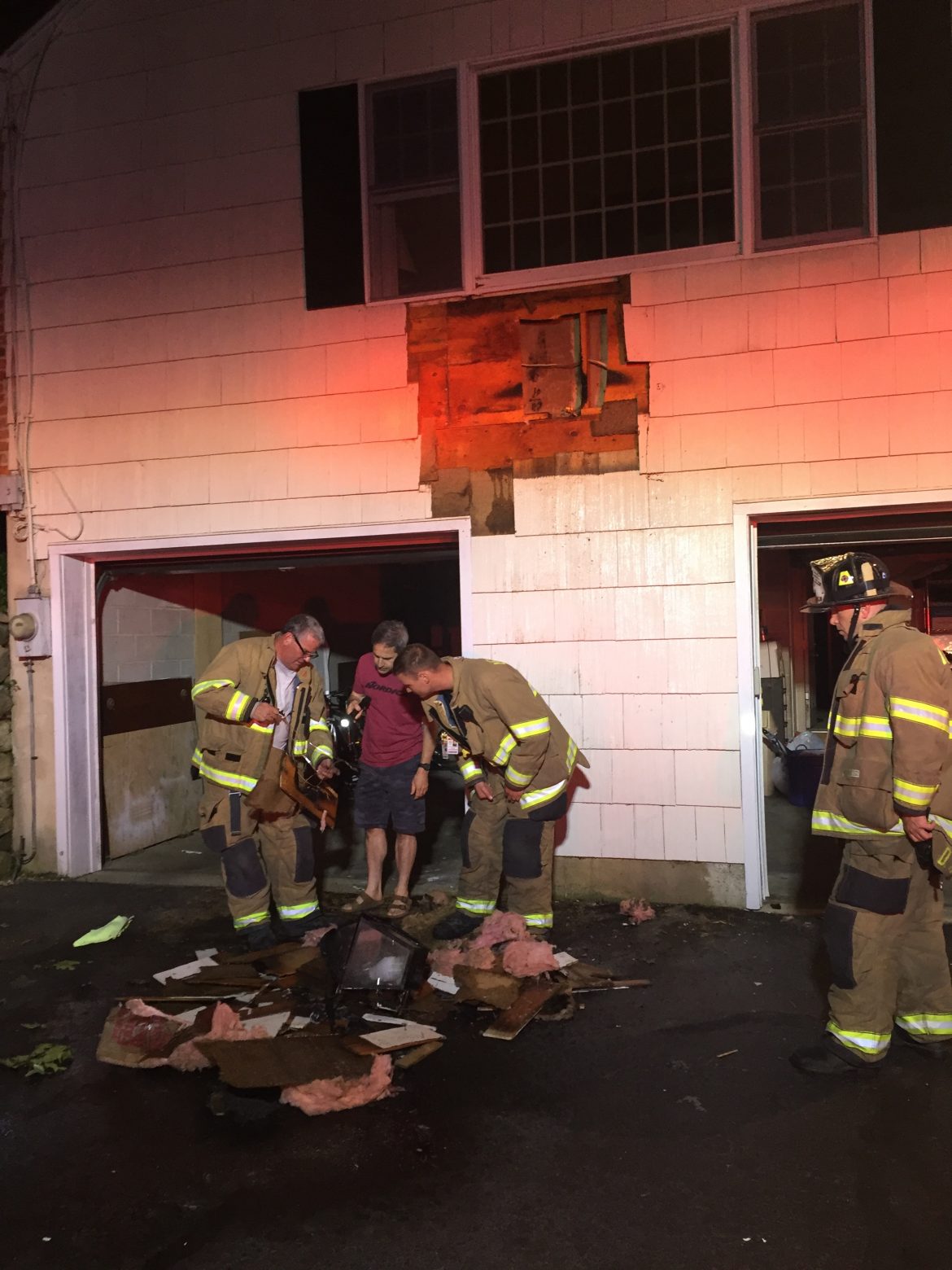 Firefighters review damage from an electrical fire on Sheridan Drive on June 22, 2019. Photo published with permission from its owner

Authorities say they’ve been unable as yet to determine the exact cause of an electrical fire in northern New Canaan late Saturday. 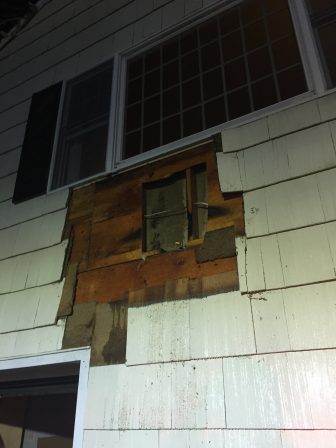 The result of an electrical fire on Sheridan Drive on June 22, 2019. Photo published with permission from its owner

Firefighters were called to 81 Sheridan Drive on a report of smoke at about 9:50 p.m. on June 24, dispatch records show.

There, officials say they encountered a small electrical fire on an exterior wall of the home.

Damaged was confined to the “lower part of one stud bay and exterior sheathing and siding in the area the of fire,” Fire Marshal Fred Baker said.

No one was hurt by the fire.

The four-bedroom house is a 1978-built Colonial with a wood shingle exterior, tax records show.