Kidde Corporation, in cooperation with the U.S. Consumer Product Safety Commission, has announced a recall of nearly one half million smoke detectors due to risk of failure to alert. 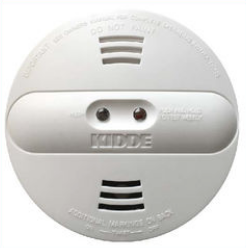 The detectors were sold between September 2016 and October 2017 and are dual sensor models (ionization and photoelectric) and may be either battery powered or direct-wire to building power.

According to Kidde, the hazard is: “A yellow protective cap in limited instances may have been left on one of the two smoke sensors in affected products during the manufacturing process, which could compromise the smoke alarms’ ability to detect smoke.”

The problem can be remedied by replacing “affected smoke alarms that contain the yellow protective cap,” according to the company.