In a move sure to send seismic shock waves throughout the Fairfield County culinary landscape, it was announced today that Brian Lewis—former chef and owner of New Canaan’s elm restaurant—has bought the pioneering farm-to-table Westport establishment LeFarm from chef/owner Bill Taibe. 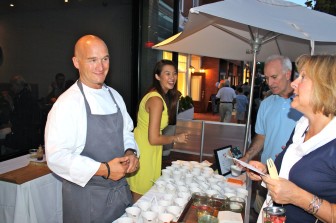 Taibe—in a release sent out today—announced the sale stating that “when the opportunity presented itself to pass on LeFarm’s mantle to such an accomplished chef as Brian Lewis, someone who could seamlessly carry on the legacy that LeFarm has forged; it was a no-brainer.”

Under Lewis’ direction from its opening in March of 2012 until his departure in the fall of 2014, elm has been one of New Canaan’s most consistently popular restaurants, earning high praise from the New York Times, Esquire and Connecticut Magazine for its innovative and seasonal cuisine. (Elm remains operational under chef Luke Venner.) 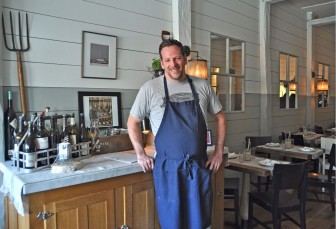 At the same time, LeFarm—one of three Westport eateries created by the James Beard-nominated Taibe (the others being The Whelk and Kawa Ni)—was one of the most-celebrated restaurants in the area, famous for its evolving menu of farm-fresh ingredients and support of local purveyors since opening in 2009.

The final night of service at the 36-seat LeFarm was Tuesday night. Lewis has not yet announced when the new establishment will open, or what the new name and concept will be.