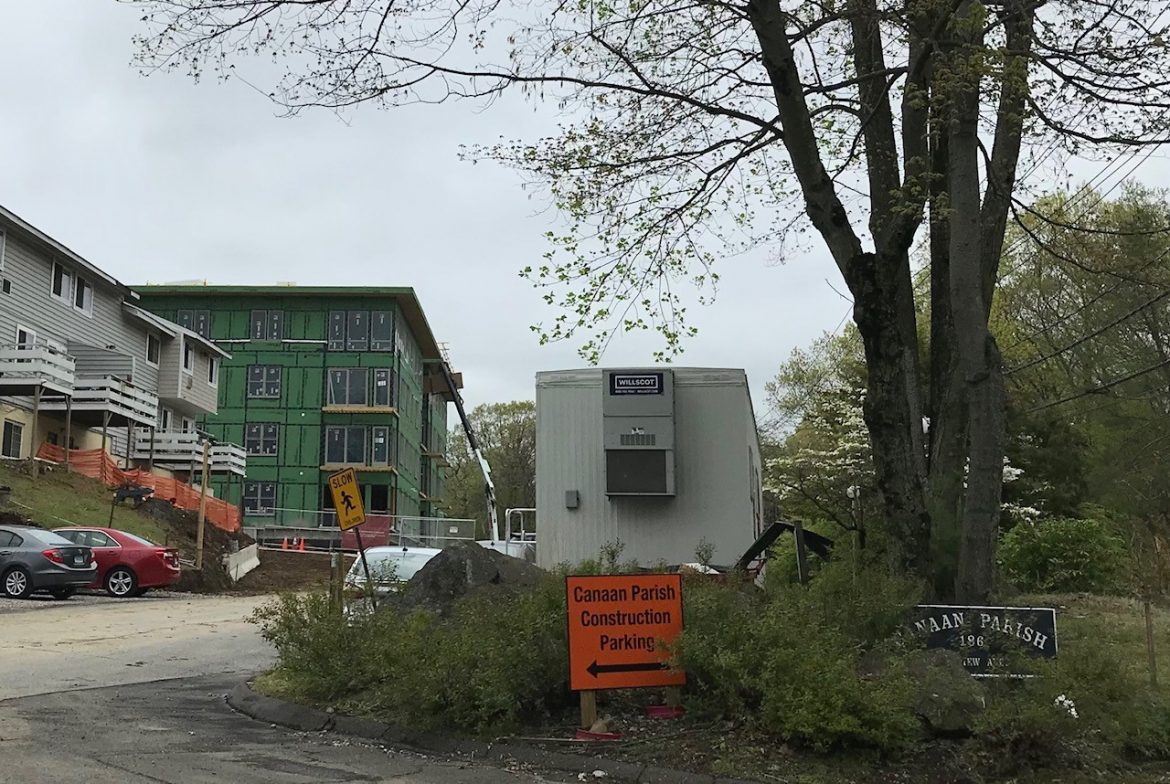 A $45 million project to rebuild a Section 8 housing complex at Route 123 and Lakeview Avenue is going well, officials say. 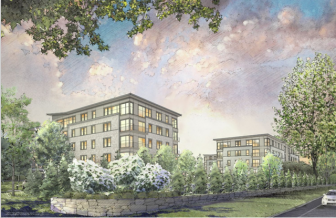 The rebuilding of the 60-unit Canaan Parish in a single five-story structure is “moving along very nicely,” Scott Hobbs, chair of the New Canaan Housing Authority, told members of the Board of Selectmen during their regular meeting Tuesday.

“We should be able to get those houses online, hopefully, by the new school year, which would be great for tenants,” Hobbs said during the meeting, held both in person and via videoconference. “Because once we finish phase one, then we get to move all of the prior-slash-current residents of Canaan Parish, get to occupy building number one.”

Unanimously approved in August 2018 by the Planning & Zoning Commission, the project includes construction of a new, 40-unit structure on the the 5.2-acre property. Construction commenced last fall.

The land at Canaan Parish is owned by the town and an organization called ‘New Canaan Neighborhoods’ owns the buildings. Both new buildings will count toward the state’s affordable housing requirement, officials have said.

“The boards of New Canaan Neighborhoods and Canaan Parish are working nicely together,” he said.

Among other upgrades, the rebuilding project is designed to crate more energy-efficient buildings with green space around them and in a combination of different-sized units.

Hobbs said it’s “so much better than we could have hoped.”

“You walk through this building and you look out through the windows and you see the views and you realize how much green space is going to come into play,” he said. “And it really is just spectacular, so we’re all excited.”

P&Z approved the redevelopment project following weeks of discussion about early-stage renderings. The project’s viability grew uncertain in the spring of 2019 as hoped-for state funding fell through, then a few months later, a Federal Housing Authority loan plan materialized. Ultimately, tax credit financing through the Connecticut Housing Finance Authority, as well as the FHA-approved loan and a private bank backstopped by HUD came through. y

“You never like to say this, but as of this moment things are going great,” Hobbs told the selectmen.