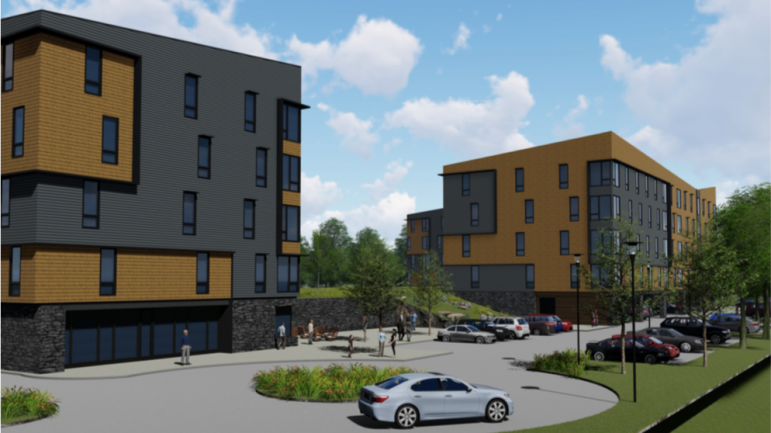 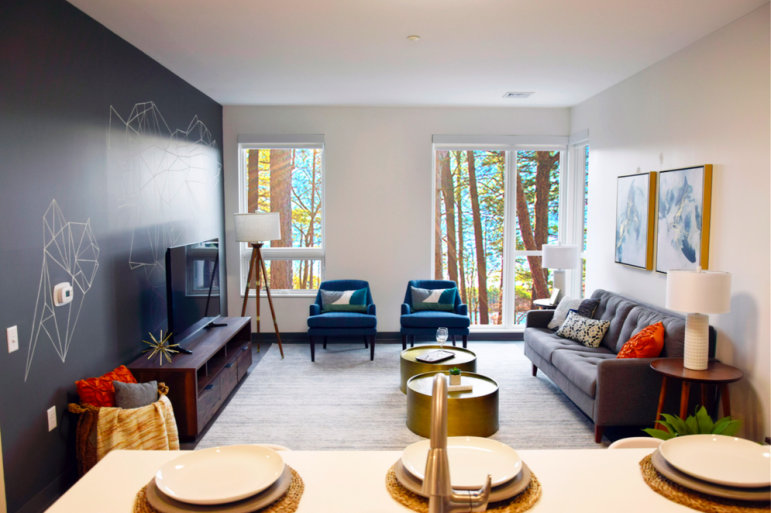 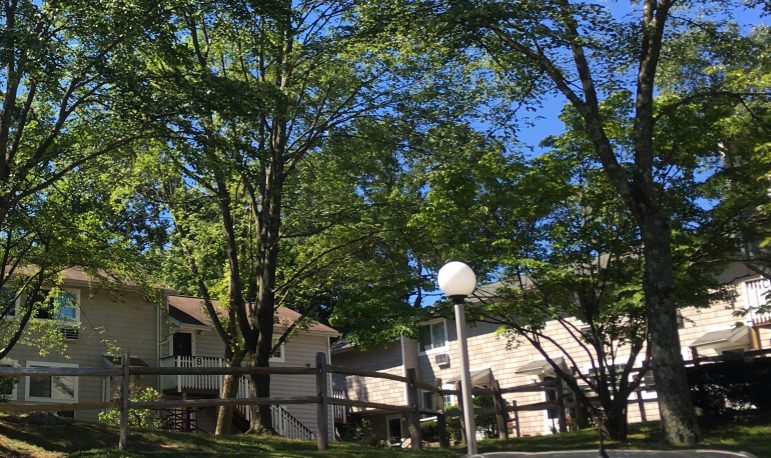 Selectman Kit Devereaux on Tuesday morning voiced concerns about the aesthetics and appropriateness of early-stage plans for the redevelopment of a privately owned, 1979-built apartment complex on Lakeview Avenue.

Pointing to a rendering of proposed new buildings at Canaan Parish from a Stamford-based architecture firm, Devereaux said at the meeting that she “saw this illustration and I am so hoping it is not the final design and that there will be some kind of public input on design.”

“This definitely does not look like New Canaan to me,” Devereaux said during a regular meeting of the Board of Selectmen, held at Town Hall. “I am hoping it will look more like New Canaan than this.”

Officials for nearly two years have talked about whether Canaan Parish, a Section 8 complex, could be rebuilt with more density—a key toward achieving relief in the future from a state affordable housing requirement.

Early-stage plans call for the 60-unit Canaan Parish complex at Route 123 to get to about 100 total units, Housing Authority officials have said.

Devereaux’s comments came as the selectmen considered—and ultimately approved by a 3-0 vote—an allocation of $125,000 toward the redevelopment project from a fund that is comprised of New Canaan Building Department fees.

She appears to refer to a June 13 meeting of the New Canaan Housing Authority, the sole publicly noticed meeting of the agency last month. Minutes from the meeting note only that a consultant “updated us the redevelopment of Canaan Parish.” She also referred to renderings from Amenta Emma Architects.

Housing Authority Commissioner Bernard Simpkin, secretary of the agency’s board, said the rebuilding project is “a matter of getting the proper density and the proper area without it being over-dense and blend in with the community.”

The selectmen asked Simpkin whether public input will be had on the project (yes), whether the the rendering’s yellow-and-black colors were changeable (yes), who will make final decisions regarding design (a committee that includes members of the Housing Authority and New Canaan Neighborhoods, which owns the buildings), and whether it’s true the windows would only open three inches (not immediately clear).

Devereaux asked whether “some kind of balconies” could be included, as residents at Canaan Parish currently enjoy.

Simpkin answered, “With that type of design it will be very difficult to put in balconies.”

“Although it is possible, they would be really tiny, more of concern is a balcony, as I have said to you before, is a seasonal thing,” he said.

First Selectman Kevin Moynihan noted that “on the other hand, the [proposed] building is air-conditioned.”

“The current building is not air-conditioned,” he said. “Plus a lot of additional green space outdoors which currently they do not have.”

Simpkin said that “there will be a lot of space and areas.”

“So it will be pleasant for them to look at as far as the entire property,” he said. “The units will be much larger. Greater closet space. A lot that they don’t have now and I just hope they will be grateful for it when they get it.”

To that statement, Devereaux said: “Well, I wonder if there wasn’t a way to have the windows open more than three inches.”

Simpkin answered, “Well, that is easily discussed and remedied as needed,” and said again that the color was not set in stone.

She added that “it’s a great project.”

“I am just hoping it will maybe look different than what is presented here.”

24 thoughts on “‘This Definitely Does Not Look Like New Canaan To Me’: Selectman Voices Concerns About Proposed Redesign at Canaan Parish”