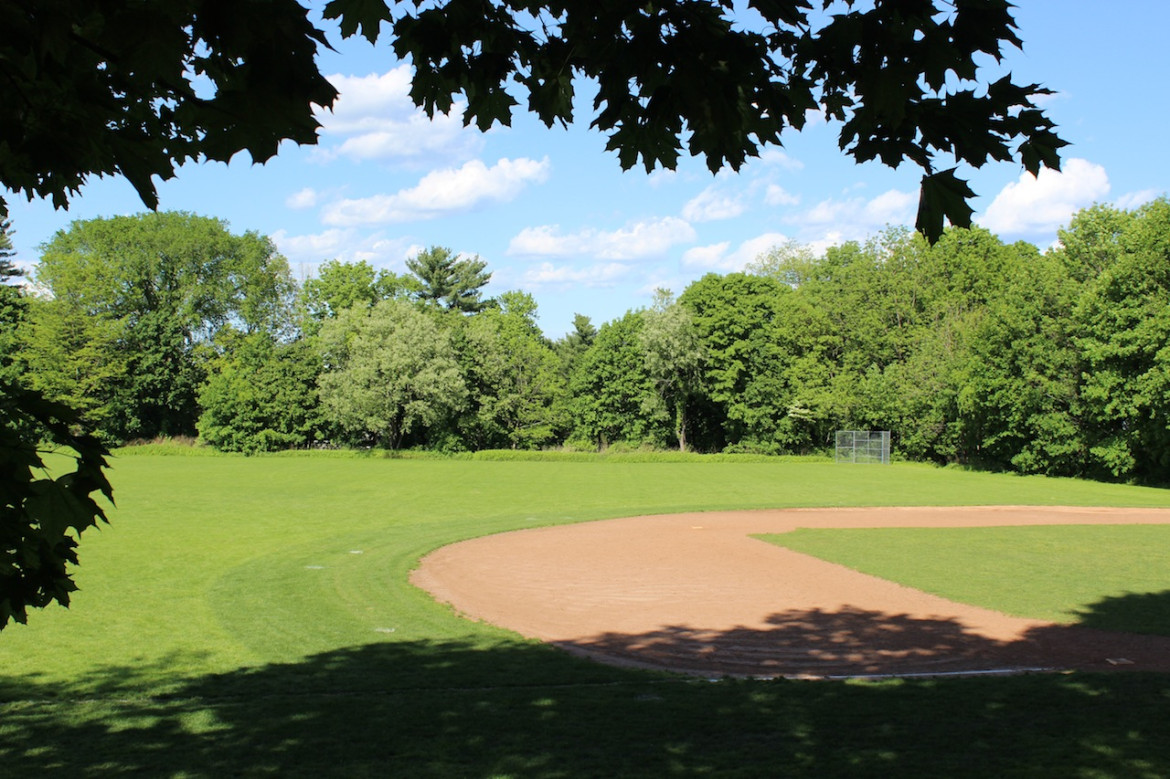 Selectman Kathleen Corbet this week questioned why New Canaan uses pesticides on some of its athletic fields, including those that serve young children who attend public schools where the chemicals are banned.

The Parks Department has moved completely away from pesticides on New Canaan Public Schools grounds, so it doesn’t make sense to use the chemicals, even in a single midsummer application, at Waveny, Conner Field and Mead Park playing fields, Corbet said during Tuesday’s regular meeting of the Board of Selectmen.

“I just don’t understand the inconsistency,” she said during the meeting, held via videoconference.

“The question is: If we don’t put it on student grounds, why do we put it on the other grounds where obviously the same aged children  re playing on those grounds as well? I don’t understand why we don’t have a consistent application of pesticide-free fields.”

The comments came as the selectmen about $140,000 in contracts for the purchase and application of grass treatment products on athletic fields at New Canaan schools and parks.

Parks Superintendent John Howe said it’s more cost-effective to maintain the fields with pesticides, as opposed to additional grass seeding, and that the fields themselves are better condition with the pesticide use. He said that signs are posted during the pesticide application forewarning park visitors.

Using some pesticides to control weeds such as broadleaf and clover improves conditions and that amounts to a safer environment for athletes, Howe said.

“It’s not a good surface,” he said of the alternative. “It doesn’t hold up well to turns and everything else. It kind of becomes unsafe.”

“We cut that down from three applications a few years ago, down to one,” he said. “But we still feel that really helps those fields.”

Howe added, “It is a carbon-based program, so we are basically making it organic, but not completely. There are a few products that we use in there that are not organic.”

Asked by Corbet “what would be benefit of deciding not to do pesticides anywhere” in New Canaan, Howe said, “Well, the benefit would be actually the opposite—it would reduce our conditions. The one application to the athletic fields keeps weeds down.”

Pressed by Corbet on the question of consistently pesticide-free public athletic fields, Howe said, “I personally believe that our conditions are much better and I’m glad to walk the fields with you and show you on the fields where we do this one application. If we looked at it money-wise, the cost of the pesticide application is a lot less than the amount of seeding we need to use on the fields such as Saxe.”

Corbet said, “I’ll take that walk with you.”

5 thoughts on “‘I Just Don’t Understand the Inconsistency’: Selectman Corbet Questions Continued Use of Pesticides on New Canaan’s Athletic Fields”