Medical guidance on just when, where and how a 3-month-old New Canaan baby could have sustained the head trauma that led to her death on Tuesday is central to the Stamford Police Department’s ongoing investigation into the homicide, officials said. 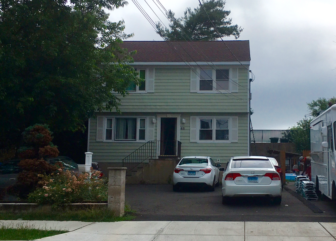 The baby girl was one of just three children at Little Bears Beginnings Daycare in the city’s Cove neighborhood on Tuesday “and we are definitely seeking a medical opinion and medical guidance on this to see if the baby could have presented as normal if it came to daycare with severe injuries,” Capt. Richard Conklin of the Stamford Police Department told NewCanaanite.com.

Dropped off around 7 or 7:30 a.m., the infant remained at the Wardwell Street daycare through the day—a call went to the baby’s mother in the afternoon—until some time after 3 p.m., when a call went to medical personnel reporting that child had difficulty breathing, Conklin said.

“We want to meet with the people involved, we want to interview them and take statements, and medical guidance is crucial in this case because everyone is in agreement that there has been severe trauma, but when did this take place?” he said. “And that is what we will try to establish, is when and how that took place so medical guidance is of real importance here.”

First reported by The Advocate of Stamford, the unimaginable tragedy was widely discussed in New Canaan Thursday. Confirming some of what The Advocate reported, Conklin said that the baby’s parents reside on Locust Avenue and want only privacy at this time.

The daycare itself is licensed and is a small operation, Conklin said, with a maximum of six children. The business’s owner decided to close the daycare at least for the time being, he said.

It’s located in a nondescript residential structure about halfway down a short, one-way street of dense, multifamily housing that connects at either end to heavily trafficked commercial areas on Elm Street and Shippan Avenue, south of the Interstate 95 corridor on the east side of Stamford.

Officials have classified the matter as a homicide, which indicates that the infant did not die from natural causes, the captain said.

“It could be criminally negligible homicide where there is no motive or motivation—it could be accidental—but something led to very severe trauma to this young infant and it is unexplained where, when and how,” Conklin said.