One year after the state issued approval to solicit bids for the widely anticipated replacement of Jelliff Mill Bridge, town officials said that they’re poised to start work on the project next week. 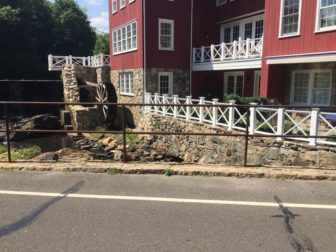 Motorists should expect delays as a temporary bridge sees a single lane of alternating traffic until the rebuilding project wraps up in June 2018, according to officials in the New Canaan Department of Public Works.

Town officials last summer approved $3,256,467 —New Canaan will pay 20 percent or about $651,000 of that, with the state making up the balance—for a third-party contractor to perform the work.

The bridge is susceptible to erosion and changes are needed, officials have said. Its replacement has been an ongoing discussion for some eight years.

Those with questions or concerns are asked to contact the Department of Public Works at 202-594-3054.