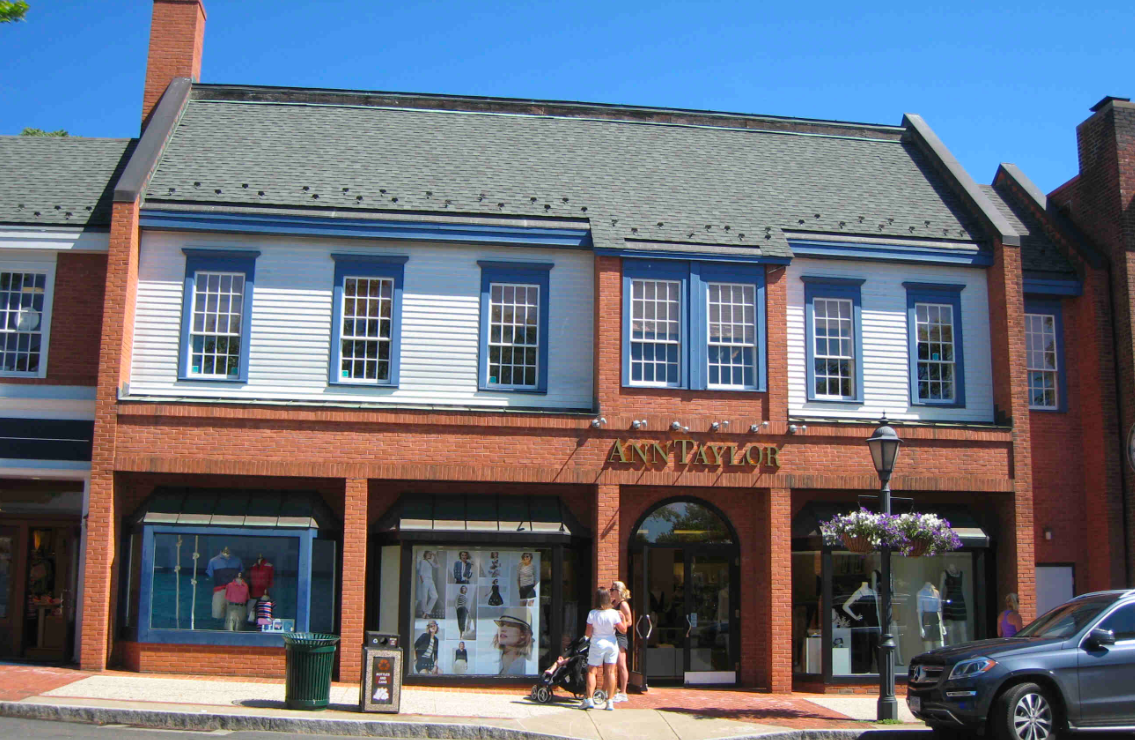 The owners of 90 Main Street and 18 Forest Street (a limited liability company whose principal is listed in state records as a Norwalk woman), 1124 Valley Road (the First Taxing District of Norwalk) and 61 Elm St. (an LLC controlled by a Manhattan man) each appealed before the New Canaan Board of Assessment Appeals in March what they determined to be “grossly excessive, disproportionate and unlawful” valuations, according to the suits, filed by attorney Frank Murphy of Norwalk’s Tierney, Zullo, Flaherty & Murphy PC.

In each case, the Board upheld the assessments, the lawsuit said.

The properties are well known to New Canaanites—90 Main St. had served as a temporary Post Office, 61 Elm St. houses Ann Taylor and 1024 Valley Road has made news in recent years as an antique house slated for demolition that advocates fought successfully to preserve.

In the suit filed on behalf of the First Taxing District of Norwalk, which owns the property, Murphy wrote that the assessor and Board failed to make a valuation “in the manner required” by state law “for the assessment of water supply land.”

Additionally, the attorney wrote,  the tax imposed “is manifestly excessive and could not have been arrived at except by disregarding the provisions of the statutes for determining the valuation of water supply, watershed and reservoir land, and in particular in not following the requirements of Connecticut General Statutes concerning assessment of water supply land.”

Town officials said during the budget season that wrapped up last month that the real estate portion of New Canaan’s Grand List—a tally of all taxable property in the town—is expected to decline by about $37.6 million following post-revaluation assessment appeals. Given New Canaan’s anticipated mill rate of 18.259, that makes for a reduction of about $672,000 in town revenue, officials said.