On Nov. 16, 2021 my grandson, 4-year-old Benjamin Barresi, suffered cardiac arrest here in New Canaan. A preschooler at West School, he then suffered a second episode later in January, both caused by a rare genetic arrhythmia. He’s been diagnosed with a rare life-threatening condition that is abbreviated CPVT, which unexpectedly claims the lives of many children each year. 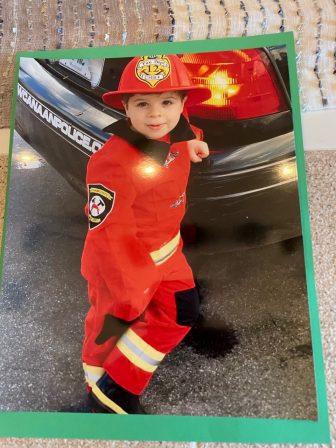 Please join us to pray for our little fighter so that he can soon bring joy back into our world on his road to recovery.

Heavenly Father, Thank you for loving Benjamin.
I thank you for sending your Son, Our Lord Jesus Christ,  to the world to save and to set Benjamin free.
I trust in your power and grace that sustain and restore Benjamin.
Loving Father, touch Benjamin now with your healing hands, for I believe that your will is for Benjamin to be well in mind, body, soul and spirit.
Cover Benjamin with the most precious blood of your Son, our Lord, Jesus Christ from the top of Benjamin’s head to the soles of Benjamin’s feet. Cast anything that should not be in Benjamin.
Root out any unhealthy and abnormal cells. Open any blocked arteries or veins and rebuild and replenish any damaged areas. Remove all inflammation and cleanse any infection by the power of Jesus’ precious blood.
Let the fire of your healing love pass through Benjamin’s entire body to heal and make new any diseased areas so that Benjamin’s body will function the way you created it to function.
Touch also Benjamin’s mind and Benjamins emotion, even the deepest recesses of Benjamin’s heart.
Saturate Benjamin’s entire being with your presence, love, joy and peace and draw Benjamin ever closer to you every moment of Benjamin’s life.
And Father, fill Benjamin with your Holy Spirit and empower Benjamin to do your works so that Benjamin’s life will bring glory and honor to your holy name.
I ask this in the name of the Lord Jesus Christ.
Amen.

23 thoughts on “Letter: A Prayer for Benjamin ”