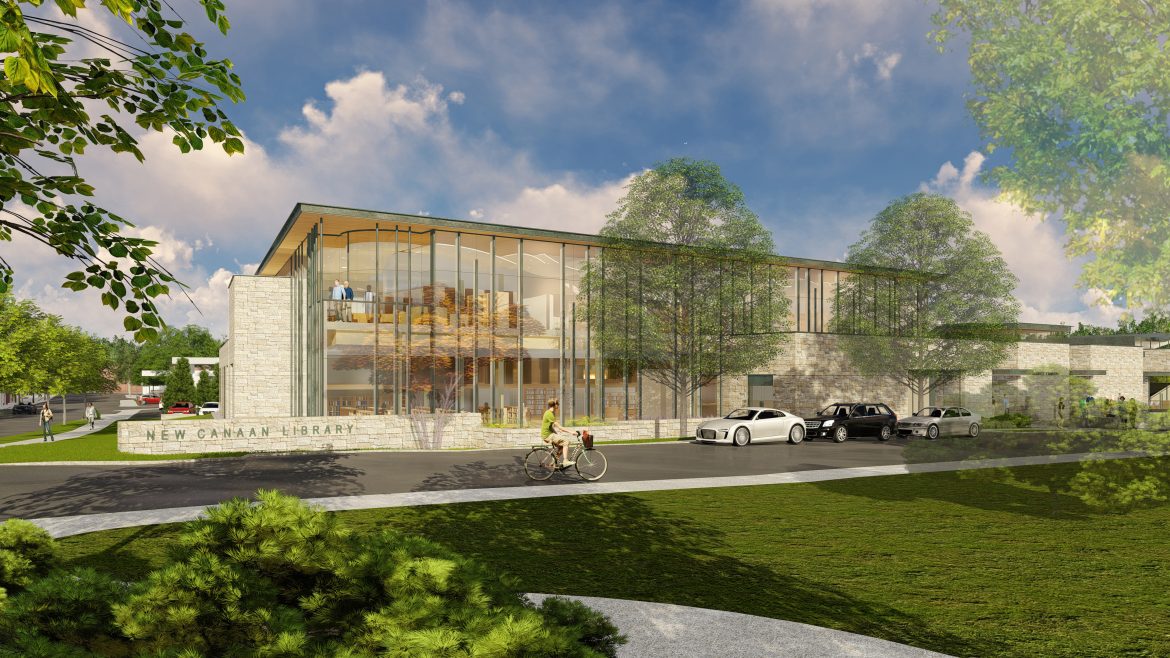 Who could blame New Canaan residents for being confused about the status of the new Library? In the past few months there have been repeated letters to the editor from a handful of vocal opponents. Many of the “Friends of the 1913 Library” have espoused vague proposals for the old building without endeavoring to find a specific end user and a means to pay for it. Saving an obsolete structure without a defined purpose would only add one more to the town’s current inventory of 56 buildings. The town fathers have already voted 10-2 not to make the retention of the obsolete 1913 structure a condition of the town’s contribution of $10 million, making further discussion redundant and essentially a moot point. Their shift to focusing on incomplete and out-of-date metrics and their uninformed comments on library funding is a transparent attempt to thwart the entire project simply to achieve their real goal: saving the old building.

The new design for our town library has been created over a matter of many years. It has been a collaborative process with thoughtful input from many townspeople of all ages, including non-users. Being the last of our peer towns and almost the last in Connecticut to have a new library we have gleaned much information about what has served our neighboring towns needs best in respect to construction and design. Over the past 10 years, New Canaan Library staff and volunteers have consulted in depth with these other libraries to learn as much as possible about the buildings and their subsequent operations. Multiple committees have been hard at work to thoughtfully move every aspect of this project forward. Our leadership has great forward vision for the future of libraries embracing evolving technology and the changing ways we use the library. The team strive to create for New Canaan a library that can deliver innovative life-long learning services to the community at the highest level in a purpose built building that is efficient and adaptable. It cannot be emphasized enough that the earliest supporters have been so generously enthusiastic about the proposed design that 179 families have pledged/contributed $16 million.

The new New Canaan Library will be a well needed boost to our town, a functional and beautiful building with an inviting library green. It will invigorate our downtown and draw even more users to enjoy the variety of programs and our excellent collections. Let’s move forward New Canaan and dismiss the noise of naysayers and focus on the positive and what will enhance our town and serve our residents best for generations.

6 thoughts on “Letter on Library: ‘Dismiss the Noise of Naysayers’”