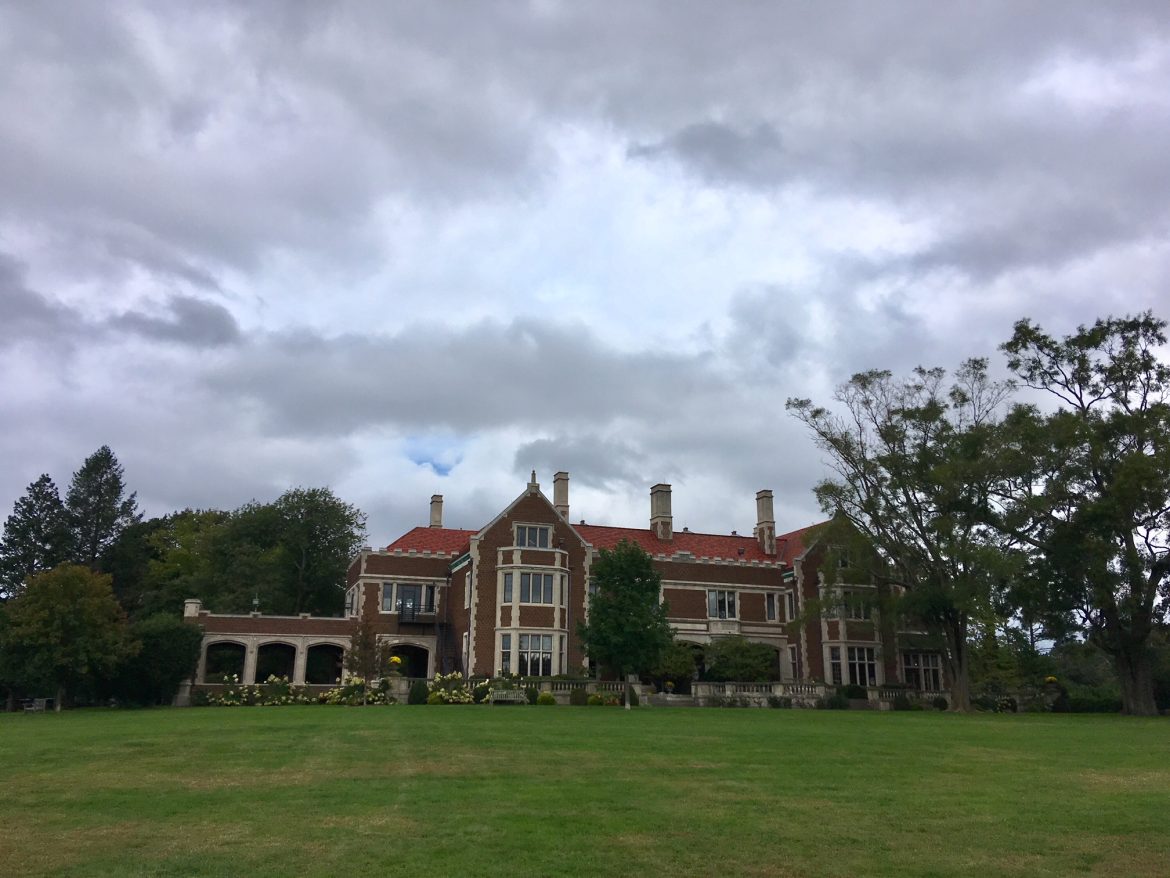 The New Canaan Preservation Alliance is pleased to announce that Waveny was officially listed on the National Register of Historic Places on September 30th 2019. NCPA is most pleased to have successfully promoted, facilitated and funded this nomination as prepared by Public Archeology Laboratory of Rhode Island. This project was made possible by a reimbursable grant from the Connecticut State Historic Preservation Office of the Connecticut Department of Economic and Community Development.

In October of 2013, the NCPA held a celebratory Waveny 100th Celebration and fundraiser after which it was decided by the Board of Directors to pursue funding the nomination of Waveny to the National Register. Although not required to do so, the NCPA presented a request to the Town of New Canaan to support proceeding with this nomination. Throughout this process the NCPA presented a thorough and open proposal to all relevant government agencies which included facilitating attendance of representatives from SHPO to answer all questions relating to this nomination. After months of presentations and discussion, on December 17, 2014, Town Council voted on a resolution to approve the NCPA’s proposal. From the official minutes pertaining to that vote: “The voting on the motion resulted in a tie with six votes (Corbet, Emert, Engel, Englund, Paladino and Williams) in favor of the motion and six votes (Campbell, Karl, Moynihan, Murphy, Walbert and Young) against.” Then-First Selectman Robert Malozzi III, cast the tie-breaking vote necessary to approve the motion. Following this approval, the NCPA developed an RFP which was made available to several consultants recommended by the Connecticut Trust for Historic Preservation. Public Archeology Laboratory was selected to write the nomination.

After extensive research, PAL developed a thorough nomination which was presented to the State Historic Preservation Review Board. On March 22nd of this year at a public hearing the Board unanimously approved recommendation of the nomination and raised the level of significance from “local” to “state.” Following this vote, Waveny was officially listed on the State Register of Historic Places and the nomination was forwarded to the National Park Service in Washington, D.C. for review.

Listing of a property on the National Register of Historic Places is an honor and is considered a vital tool in the preservation toolbox. Listing does not trigger any additional restrictions beyond those already associated with National Register eligible properties. The result of this process as implemented by the NCPA is that there is now an official, professional and completely thorough documentation of Waveny including history, architecture, landscape architecture, and interiors. This documentation is a gift to the town of New Canaan, providing documentation which will assist with any future projects on the property. Furthermore, the property is now eligible for available historic preservation funding, funding to which all taxpayers have contributed, and which is being accessed by many other Connecticut communities.

We thank all who supported this nomination and support all efforts in which the New Canaan Preservation Alliance engages to preserve the town’s character-defining historic architectural and natural environments.