Yet one day about 11 years ago, she turned to her husband as they drove away from their Weston home in her Chevy station wagon and said: “I want to get rid of the car.” 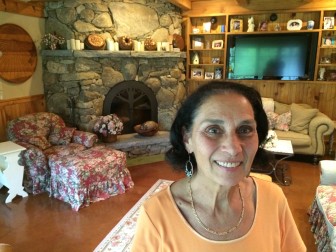 Kantor thought at the time that she’d get a Prius (and put down $500 with Toyota of Westport), but then she read something about cars that run on vegetable oil, and soon bought a new VW Jetta, retro-fitted it to run on vegetable oil (with just a little help from diesel to start the engine), started getting her new “fuel” from Ching’s Table on Main Street and Hunan Taste on Elm and launched a small side business selling filtered oil to fellow “veggie car” drivers.

“We had an argument about it,” a smiling Kantor recalled Thursday of that long-ago car discussion, sitting in the rustic, hemlock-beamed Great Room of what local Realtors call a rare if not singular New Canaan solar-powered home (94 percent of its energy is solar). “But that never deterred me. My poor husband. I schlepped him along.” 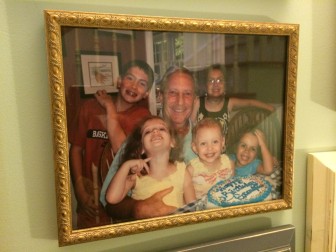 Nate Kantor with his grandchildren, about seven or eight years ago.

(In fact, the late Nate Kantor—a West Point cadet and U.S. Air Force veteran who would go on to lead MCI’s two largest divisions—enjoyed talking at parties about his wife’s abiding passions and how they played out in the couple’s day-to-day lives.)

With an eye on downsizing and enjoying even more time with her three children and five grandkids, all of whom live in the area, Kantor is selling the beloved home that she and her husband began building in May 2008 and moved into in around December 2009. The 3,829-square-foot home on 4.61 acres is listed at $4.5 million.

New Canaan Realtor Denise Gannalo is holding a “Grand Opening” open house for the public from 1 to 3 p.m. on Sunday, May 18. Here are five slides showing different parts of the house and property—to pause a slide and read what Kantor has to say about each, just move your cursor over it. Article continues below.

For Kantor, the prospect of moving on from the house is bittersweet.

“I will be very sad about leaving this house because I literally was involved in every inch of it,” she said and looked around the Great Room—which ecompasses a large living area and stone fireplace, kitchen and dining room. The knotty pine that forms the walls is all FSC-certified (meaning the wood comes from a managed forest, where a tree that’s taken down is replaced). The Arts-and-Crafts style windows are triple-paned and the floor is cement with radiant heating underneath. 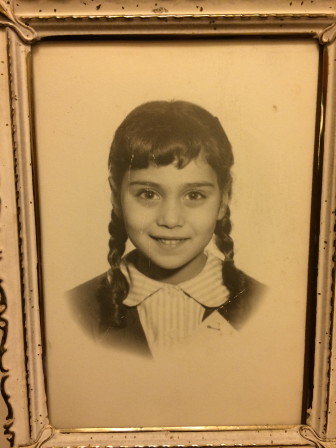 Etta Kantor as a young girl. She was born on Manhattan’s lower east side and grew up after age seven in Sheepshead Bay, Brooklyn.

Born on Manhattan’s lower east side and raised from age seven in Sheepshead Bay, Brooklyn, Kantor attended Lincoln High School and—after meeting her would-be husband on a blind date at age 16—rushed to finish high school in 3.5 years so that she could get married.

That was in 1965. Having started her undergraduate degree in psychology at Brooklyn College, Kantor moved to Florida where her husband, recently out of West Point, was stationed at Patrick Air Force Base (he was second lieutenant), and finished her coursework at Rollins College.

Kantor had her first child at age 22 and, after Nate Kantor had finished his service, the couple moved to Long Island for about three years and then to Maryland. Kantor had her third child by age 30. In the late-1970s, the family moved to Connecticut—and the Kantors would stay in Westport for 22 years and then Weston for eight, before coming to New Canaan. 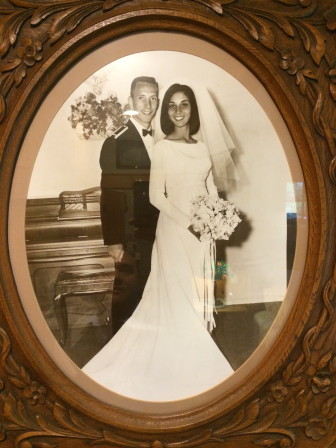 Nate and Etta Kantor at the couple’s 1965 wedding.

Around that time, what had been a developing interest in the environment and sustainable living began to take hold and over the next three decades—starting with a Westport-based group that Kantor joined called Cultural Creatives in Action and culminating in the veggie-oil Jetta and ultimately the house—she began to pursue her passions.

Some of what Kantor pursued, whether it was a project or leading a group, materialized quickly and effectively, though not always.

A doer and activist by nature—she fought for women’s rights and protested the War in Iraq—Kantor began studying metaphysics, created an organization called Planetarian (which led to classroom visits in the area), mastered reki, joined the Northwest Earth Institute, served as vice president of Children of the Earth, was appointed Connecticut campaign manager for Dennis Kucinich and pursued a plan to convert 163 acres in Brattleboro, Vt. into a retreat for homeless women and children. 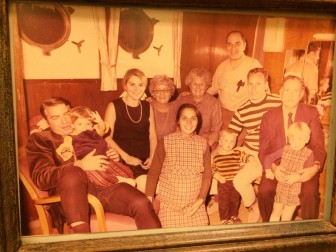 In the end, much of her passion centered on this thought: “I do not want to live this way anymore.”

“I really came to believe that we are damaging the planet because of the way we are living,” Kantor said. “And so I decided that I wanted to live differently. I wanted to live in harmony with nature.”

The only question for Kantor, given that her husband enjoyed his own comforts and sometimes questioned the sources of his wife’s ever-growing knowledge of environmental matters, was how quickly she could move. 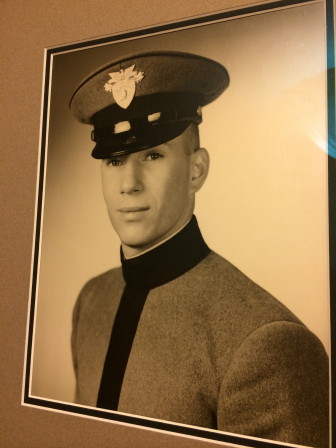 Eventually the couple—charmed by what Kantor called New Canaan’s “quaint” downtown and “beautiful homes”—settled here, renting a large house and looking to buy.

“You have to know, my husband is this successful businessman, we’re living in this nice big house, and I know that you can have sustainability and have a nice house too,” Kantor recalled. “But most of the houses that we saw, that had any solar panels or anything, were very plain houses. I’m not trying to be judgmental here, I’m just saying they were very plain, and my husband said, ‘I don’t want to live in a house like that.’ And I said, ‘You can make it as beautiful as you want. The sustainability has nothing to do with the beauty of it.’ Anyway, he wasn’t having any of that.”

But Kantor would prevail: The couple came to terms with the property owner, purchasing the lot at 482 Trinity Pass Road (located just beyond Laurel Reservoir, once the site of Dantown, “The Atlantis of New Canaan”) in October 2007 for $1.7 million—and they started to build the house. 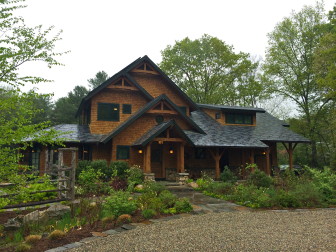 The property at Trinity Pass was attractive for many reasons, including because Kantor didn’t have to clear any trees to clear space for a house.

“There were trees that had been cut down, but I didn’t do it,” she said. “It’s south-facing, most of the house faces south and that’s important for the photovoltaics. And I wanted water, and so now here I have a river and a pond, so there is still water and running water.”

Pointing toward the back of the property, she added: “It’s just gorgeous and even prettier back there.”

Since it went up, the house itself has won awards and recognition from industry organizations including the U.S. Green Building Council and National Home Builders Association. 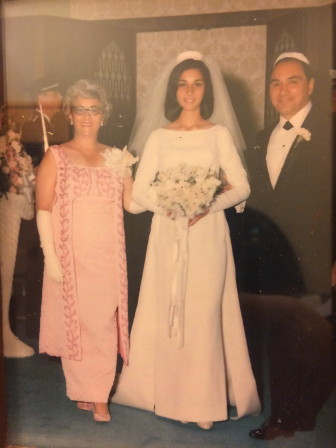 Nate and Etta Kantor at the couple’s 1965 wedding.

Gannalo said described the house as “a rarity.”

“I don’t know of another solar home in New Canaan,” she said.

“We do see some new construction using geothermal in New Canaan and more attention paid to insulation and Energy Star appliances,” she said. “There are different green features here and there, though certainly not to the extent that Etta has built with this home.”

One battle that Kantor did not fully win was converting all bathrooms in the house to compost systems—for cost reasons, they created but one. 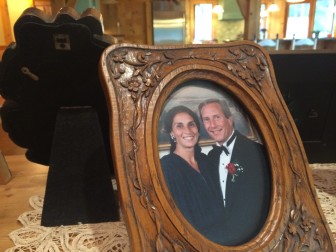 “It’s one thing he really didn’t want—and I waited to lay it on him—but I had read a lot about compost manure, and we are polluting the planet with the conventional wastewater management systems,” Kantor recalled. “I was incensed and I thought, ‘I am having compost toilets in this house.’ It was too expensive for each toilet. So my husband had them put in regular plumbing behind the wall.”

In the end, Kantor said, her husband developed an undeniable affection for the last home the couple would share.

“He ended up loving the house and everything in it,” she said.